The organization is committed to the intellectual development and economic empowerment of Black men in Providence.

In July 2019, he officially formed Thinking Black Men of Providence and it involves sharing connections and advice to help local black men get involved in business. Wright also runs “Full Of Soul Radio,” Rhode Island’s first African American-owned and online-operated station that plays smooth R and B, jazz, hip hop and talk radio, while promoting events and businesses in the Black community.

“When I moved here, I just couldn’t find anything like you would see in Roxbury or Dorchester,” says Wright. “There are a lot of things for Black people to do in the community, so I started Thinking Black Men pretty much because I wanted a way to get the word out.” 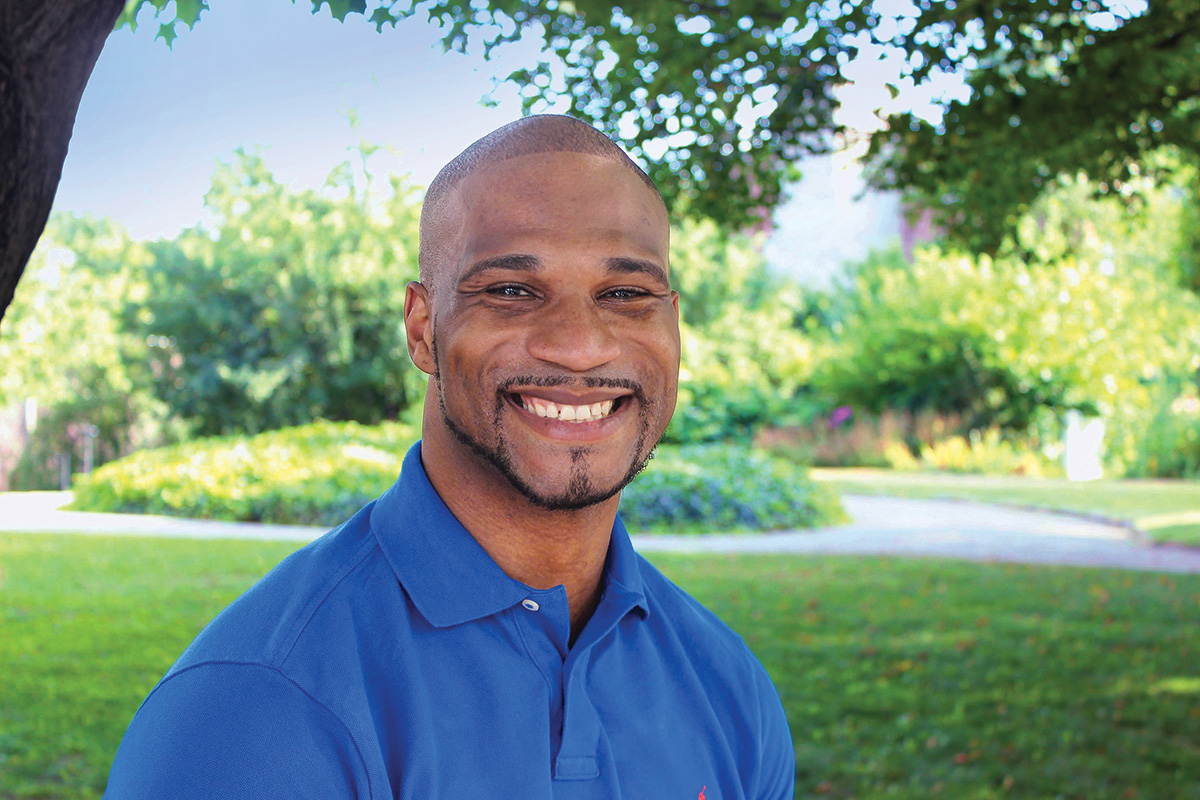 Wright strived to start an organization that would help other Black men gain access to opportunity. A certified life coach, he also helps motivate individuals and make them realize they can do anything they put their minds to. He had a tough time growing up in an abusive home in Detroit, Michigan, but was able to overcome his past and forgive his family to start his own business, and he has always wanted to help others do the same.

Wright guides members through ways they can gain capital, which Wright knows is available, but they just need help accessing it. “I realize a lot of these men do have the mindframe where they want to own their own businesses, and they want to help out their community, but they just don’t have an avenue to do it,” Wright says. “So I created Thinking Black Men after listening to people in the community saying what they wanted and I put it all into one program.”

The group is planning to visit Washington, D.C., in August to participate in this year’s March on Washington. It’s an opportunity for members of the group to advocate for criminal justice reform and be a part of history. Wright is proud of what they have accomplished in the last year even though the coronavirus caused a slight hold on progress. They are currently working on organizing a mentoring program, and there’s a GoFundMe campaign on the website to help raise money for a community house for the group. Wright and his team are putting a lot of effort into growing the group that’s now at sixty-six members, and he hopes to leave a legacy behind for his children through it.

“I am not afraid to attack anything, especially when it is going to better someone other than myself,” Wright says. “That comes from growing up and not having much and learning that the little you do have, you cherish it and you give it everything you got.” tbmprov.com