Residents in Warwick and East Greenwich turn on the fear factor with homemade Halloween attractions in their front yards. 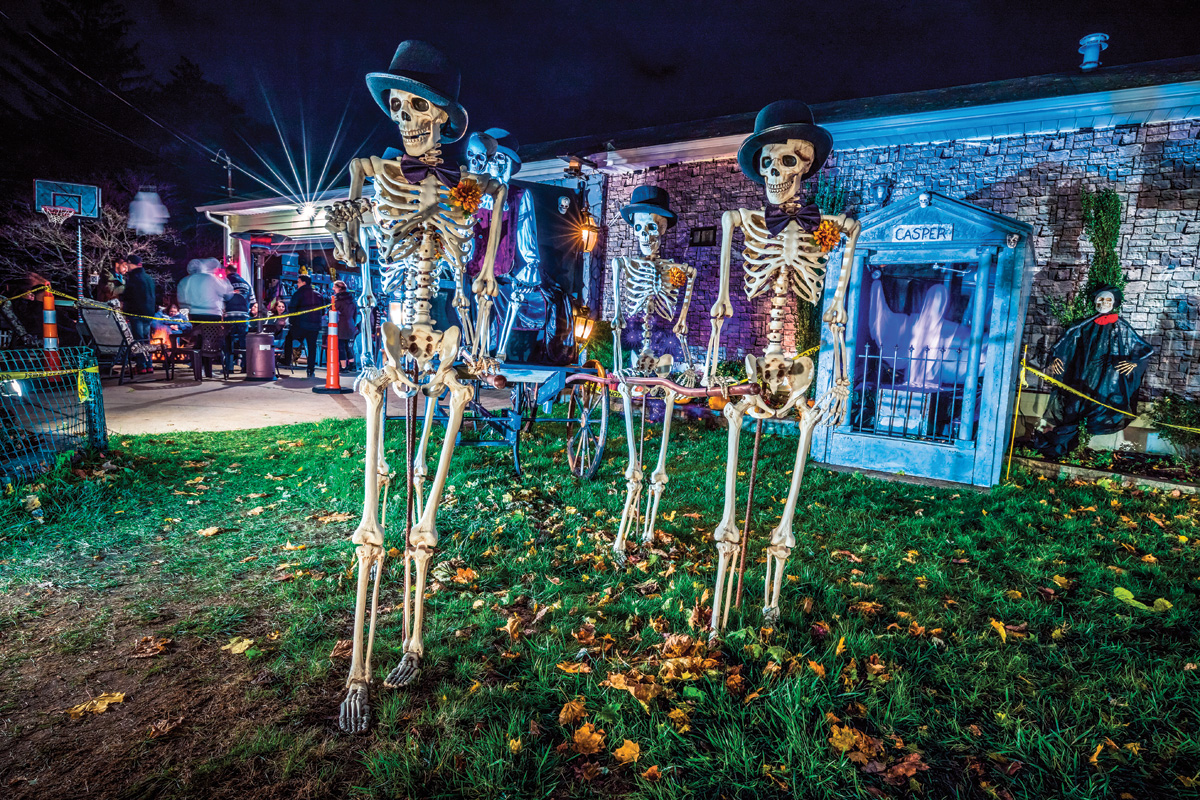 When retired Cranston police Detective Pete Souza first set out to create a Halloween display at his home in Warwick in 2008, he knew he wanted it to be family-friendly. His daughter, Alexandria, now twelve, was very young at the time and she was afraid of zombies.

Souza initially started out with a cemetery, which his son, Christopher, helped him construct, but it eventually led to creating a full display of handmade wooden and Styrofoam scenes, including the creepy graveyard, Casper’s mausoleum and a stone castle facade the family handcrafted out of Styrofoam that covers the entire front side of the house. “The front facade is what we call the castle. That’s all made of Styrofoam,” Souza says. “My daughter, wife and I made that and framed it out of two-by-fours.” Souza also sets up a Christmas display with nine-foot handmade Nutcrackers. He teaches himself how to build the displays by watching YouTube videos. 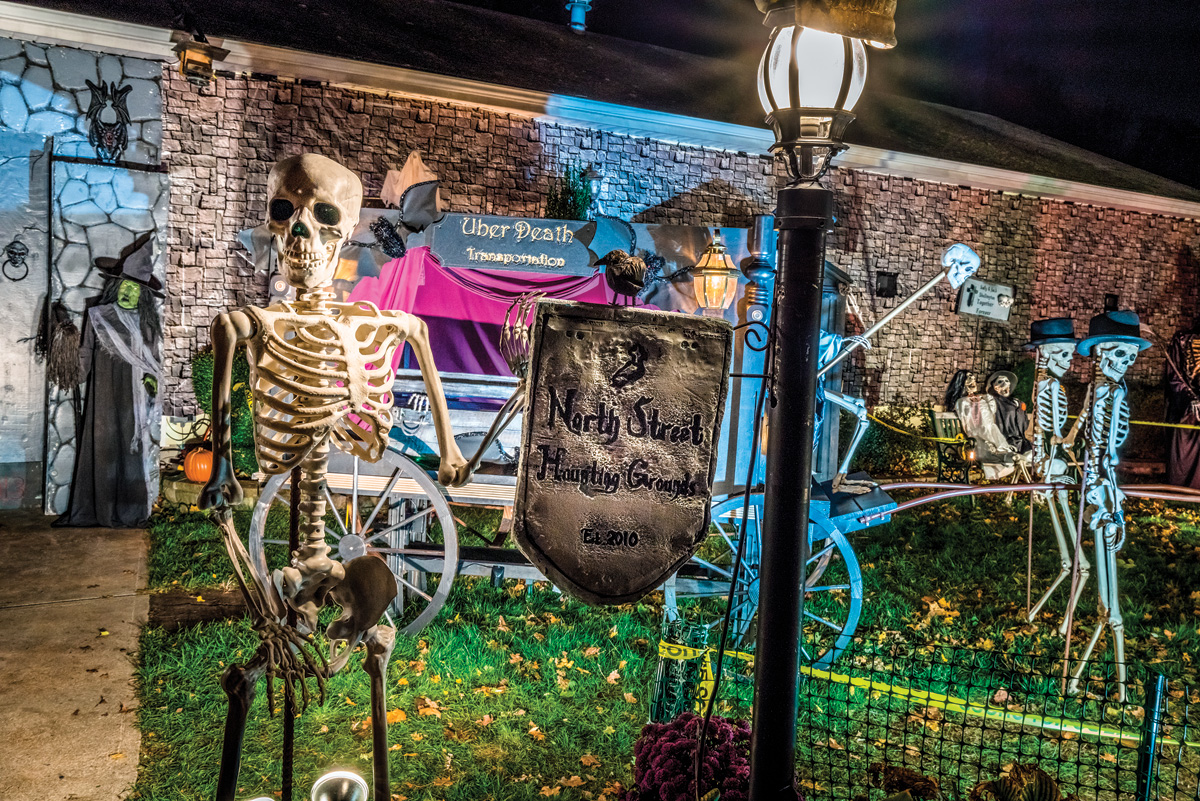 Last year’s new addition was an austere wooden black carriage that Souza built himself. Instead of horses, the wagon is pulled by four skeletons in bowties and top hats. “I made it so all the panels come apart and I can store it flat. Everything is labeled so I can put it all back together,” he says. 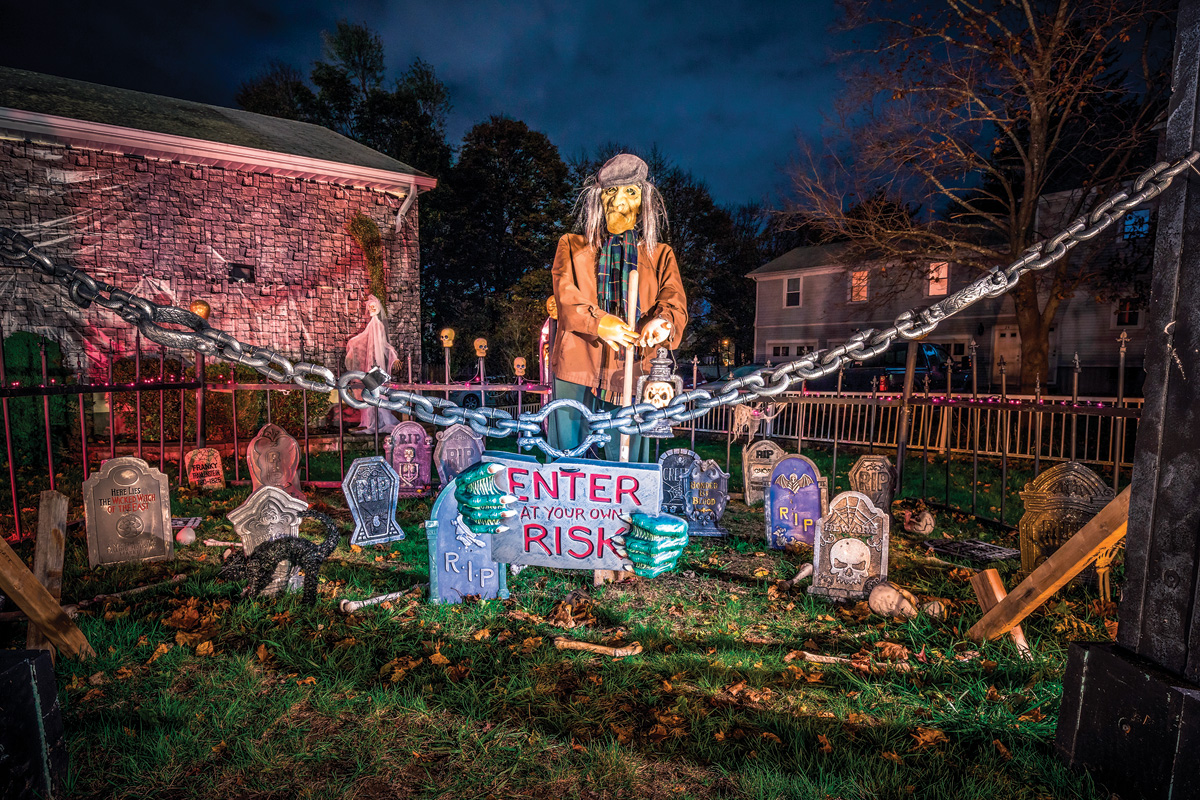 Previous years, he created a Wizard of Oz theme complete with a yellow brick road that traveled through the cemetery, and then an Addams family scene with eight characters from the television series.

This year, he’s been working in his woodshop to get some new ideas. “I set up a full woodshop in my garage to get me through this quarantine because I was bored out of my tree,” he says. It takes two weeks to put the whole display together, and it goes up between the end of September and the first weekend of October.

He’s setting up the display and hopes people will social distance by his yard or take a look at his work from their cars. “I don’t want to just make it a drive-by display,” he says. “You can see everything from your vehicle or standing outside. COVID or not, Halloween is coming.”

Keep tabs on the North Street Haunted Display on Facebook.