Every May 4, we mark Rhode Island Independence Day — but that doesn’t make it true. 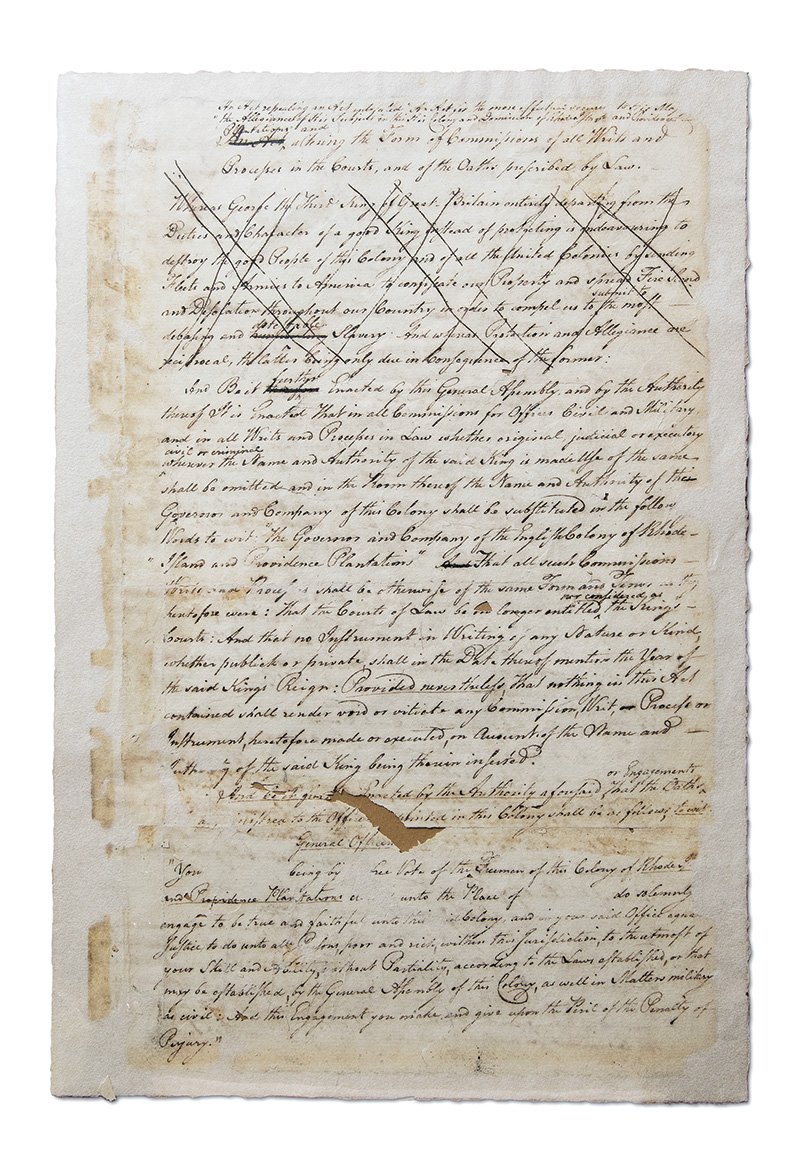 Every May 4, we mark Rhode Island Independence Day — but that doesn’t make it true. The fallacy was birthed by a Slatersville man who really, really wanted a reason to hang his state flag. His successful persuasion campaign, launched in 1884, still resonates today. The backstory: All colonies were required to sign oaths of allegiance to King George III. This Act of Renunciation, signed May 4, 1776, vigorously repealed that oath but did not declare independence from the British crown. (That didn’t happen until the General Assembly ratified the Declaration of Independence in Newport on July 18.) The original document, held in the State Archives vault, also features strikethroughs of incendiary accusations our leaders thought better of including, says state archivist Ashley Selima, “but not enough to start a new piece of paper.” (Beneath the cross-outs, the colonists compared themselves to slaves — a brutal exaggeration coming from the pens of slave holders and profiteers.) Renunciation Day, anyone?

Providence is Open for Business with Outdoor Dining, Street Closures and Events