A group of art enthusiasts are saving John La Farge's masterpiece in Newport. 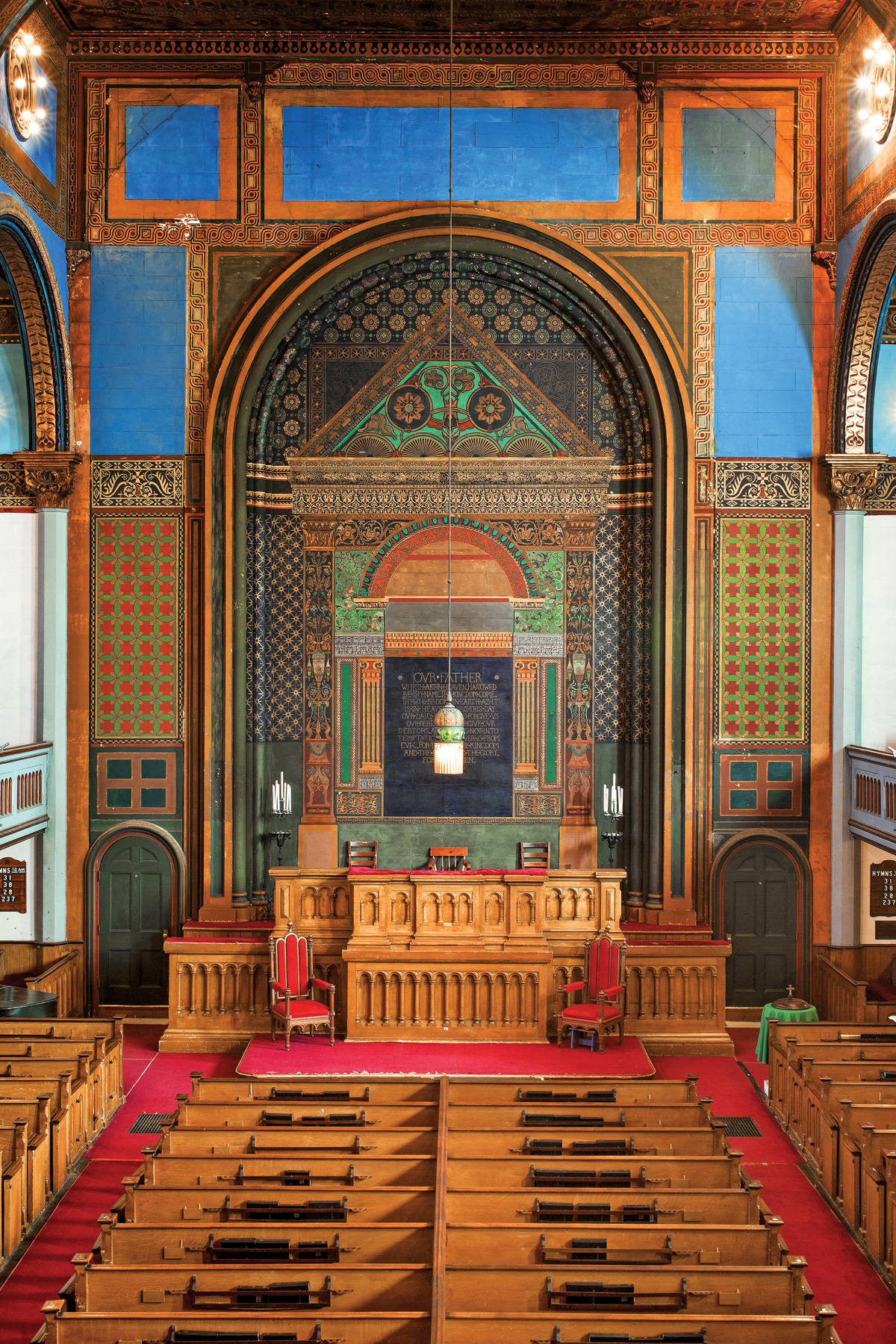 The exterior of the Newport Congregational Church may be dour, but “the inside is like an Ali Baba cave,” says Paul Miller, president of the board of directors for the La Farge Restoration Fund. “It’s very exotic.” In 1880, the growing congregation commissioned a comprehensive design scheme by Newport easel artist, John La Farge. The artist looked to Oriental and Neo-Byzantine schools of design to craft murals in encaustic paints, yes, but also windows in stained and opalescent glass — the latter an experiment for which he became renowned, Miller says. Over the years, the congregation shrank and moved to Middletown, but its vestry was committed to the preservation of La Farge’s work. The restoration fund was born and, since the 1990s, the nonprofit has spent $3 million on glass and mural restoration, architectural stabilization and systems upgrades. The work is ongoing, but the space already serves La Farge’s artistic progenies, from makers who rent space to Island Moving Company dancers whose production, Nature of Light, was inspired by, and performed amid, his masterpiece.