Pilots from the local chapter of the Experimental Aircraft Association have given free first flights to more than 1.7 million kids over the last twenty years.

On a quiet Saturday morning in the new terminal at Quonset State Airport, a bright and serene space generally visited only by business travelers and transient pilots, a robust pack of local Cub Scouts has taken over, drinking apple cider, eating donuts, running up and down the stairs and asking lots of questions. They're here to earn their Young Eagle wings, by taking their first ride in a real airplane — that is, not an airliner, but a small airplane with a propeller, where they can sit up front next to the pilot and fly low and slow over the Bay.

Their three pilots are volunteers from the local chapter of the Experimental Aircraft Association, based here at Quonset. EAA members around the world have given a free first flight like this one to more than 1.7 million kids over the last twenty years. For some of those kids, it's a glimpse into a world of possibilities they never knew existed, for a few it's a start down a new career track, and for all of them it's a grand adventure. But like all grand adventures, the first step is to learn and prepare.

Michael Spieth, president of the EAA chapter, gathers the kids in a conference room to explain what they'll be doing. He lifts a model airplane to name the important parts — wings, flaps, ailerons, elevator, propeller, landing gear. He unfolds an aeronautical chart to show them the airport and the coastline and where to look for 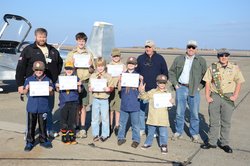 the Newport Bridge and the Beavertail light. He briefs them on the proper way to behave around the airplanes. Outside, the sun is shining, the wind is blowing, the Bay is beckoning. Spieth asks if anyone has any questions, and a Cub Scout's hand shoots up. The question: "Can we go now?!"

The Scouts are paired with EAA members, and out on the ramp under the wide blue sky they practice the pilots' ritual of walking around the airplane before they climb in. The pilots take their time, showing how the control surfaces move, pointing out the hinges to check and the fuel caps to tighten. Then each Scout is belted into the co-pilot's seat and fitted with a headset so they can talk with the pilot and listen to air traffic controllers over the radio.

One by one, the engines burst noisily to life, the little airplanes taxi to the nearby runway, then they're all in the air, climbing above the port and turning south above the Bay. Cruising nice and slow at 2,000 feet, with wide windows all around, the view is nothing like from an airliner. The Scouts look down on rooftops and backyards and soccer games, they see boats and bridges, roads and forests from a whole new perspective. They watch as the pilot gently turns and descends, then eases off the throttle and guides the airplane into a smooth landing. The three airplanes taxi back home and shut down, and three grinning S 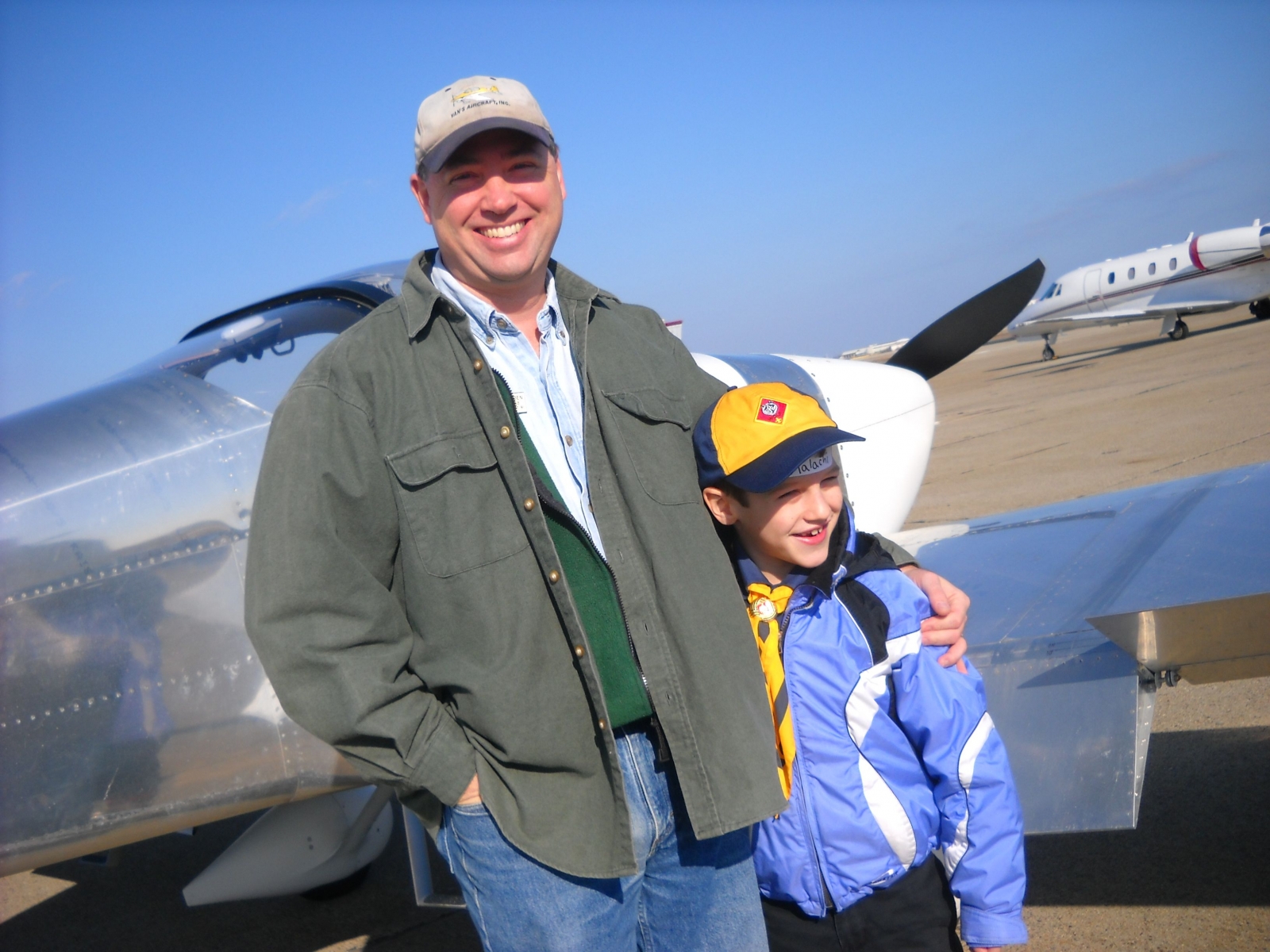 couts climb out of the cockpits. "Awesome!" and "Amazing!" are the only words they can find, and the pilots, too, are quietly glowing as they go inside to find their next passenger.

The Cubs found their way here, says den leader Kathleen Billings, because one day when they were selling popcorn at the local Loew's for their annual fundraiser, an EAA pilot happened by and invited them all to come flying. Spieth said the EAA chapter meets monthly at the Quonset Air Museum, and everyone is welcome at the meetings, which often feature interesting talks on a variety of aeronautical topics. Children from ages eight to seventeen are invited to become Young Eagles anytime, at no cost. Contact Spieth to find out more, or visit the Young Eagles website.