The redesigned product has a new name and it’s a cross between hard cider and spiked seltzer, made with all-natural, real ingredients at the Guild in Pawtucket. 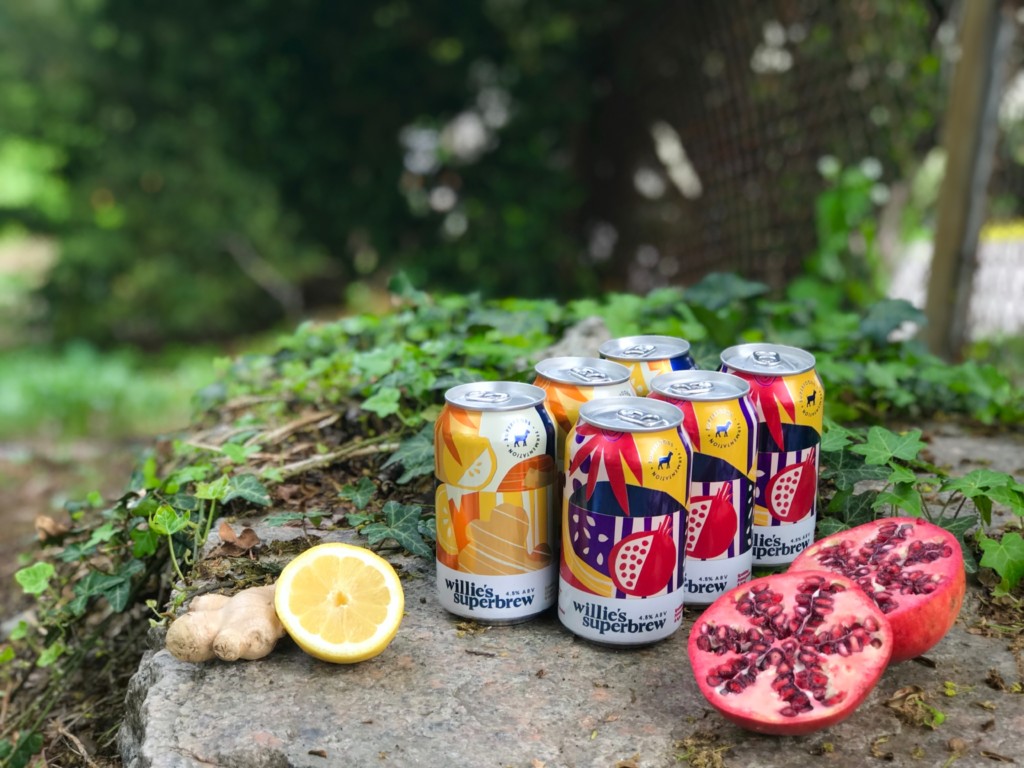 Farmer Willie’s Craft Ginger Beer has rebranded as Willie’s Superbrew to create an entirely new category for the alcoholic beverage industry. The redesigned Superbrew has a new name and a new look, and it’s a cross between hard cider and spiked seltzer, made with all-natural, real ingredients at the Guild in Pawtucket. Two flavors, sparkling ginger and lemon and the new sparkling pomegranate and acai, combine superfoods in a refreshing drink that’s perfect for summertime sipping.

The ginger and lemon flavor is basically the same recipe as Willie’s first foray into the business, except the brew substitutes turmeric for nutmeg, giving it an earthy complexity that complements the ginger with additional antioxidant benefits. 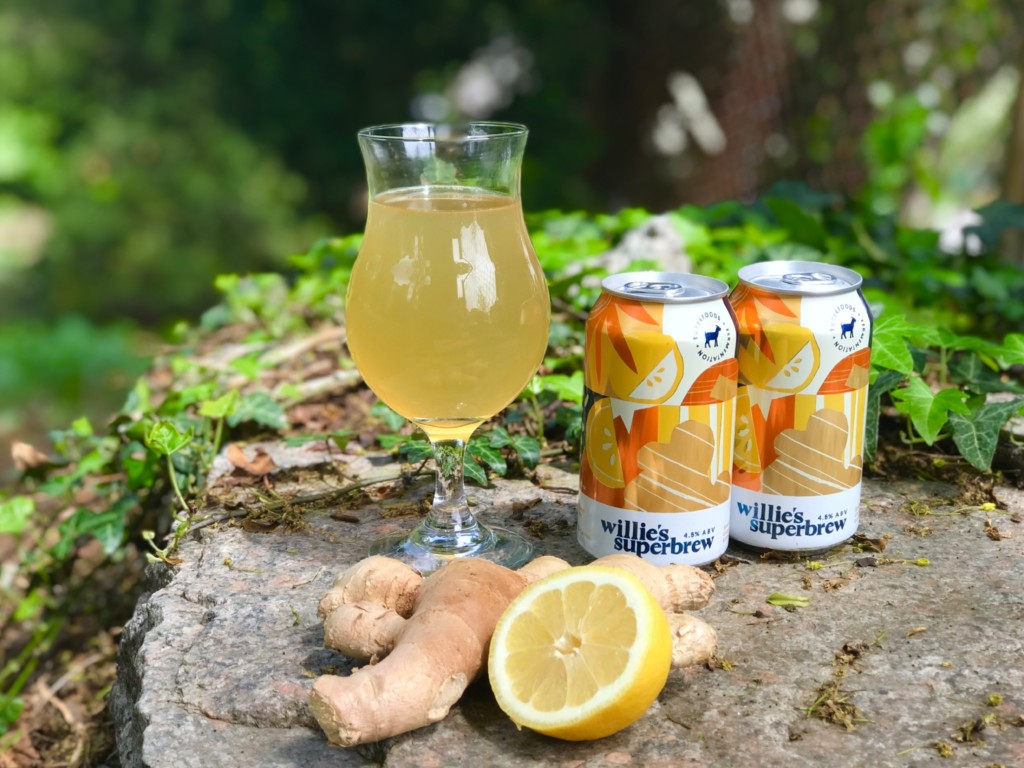 The ginger and lemon flavor of Willie’s Superbrew.

“When we started out, we knew we had a good story and a product that tastes really good, but then we realized we could build a totally new category for beverages,” says Nico Enriquez, founder and CEO of Willie’s Superbrew. “Superbrew stands for superfoods plus fermentation. We’re making an alternative to beer that contains superfoods; it’s light, it’s clean, it has fewer calories than wine and it has transparency because all of the ingredients are listed right on the can.”

Willie’s Superbrew is 4.5 percent ABV, and all ingredients are printed on the cans, so you know exactly what you’re drinking. The pomegranate and acai superbrew is made with only pomegranate, acai, lemon juice and cane sugar. The idea for the alcoholic beverages relates to the popularity of flavored seltzers on the market, except these drinks have all natural ingredients. 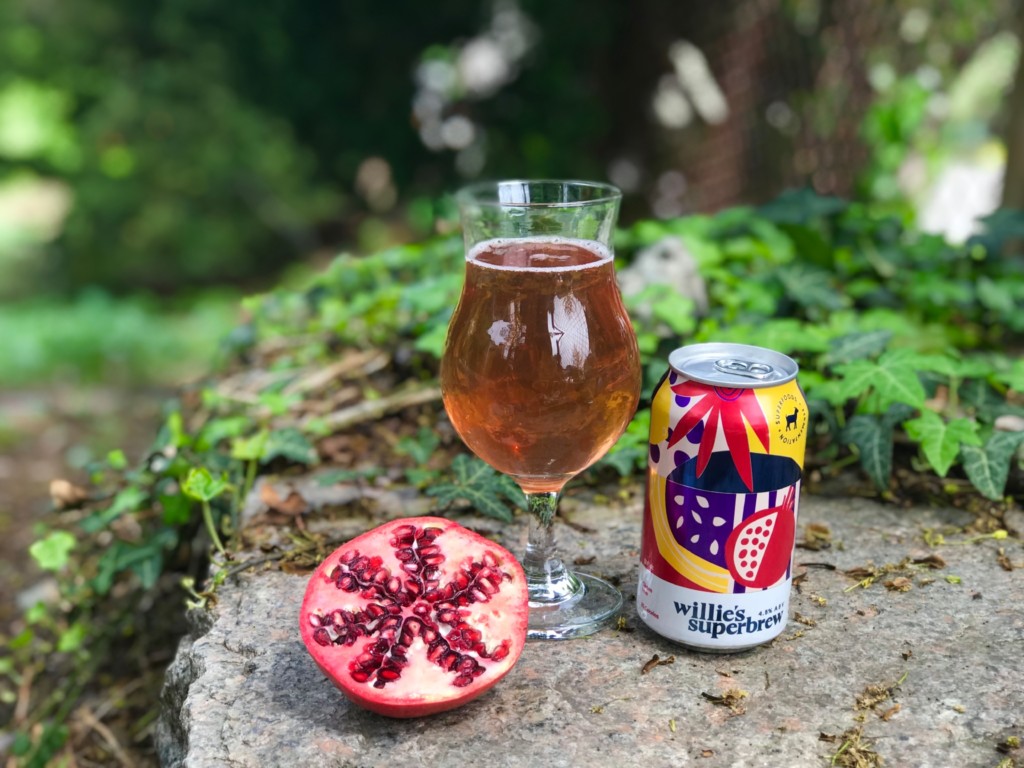 “There’s proof that people are looking for light and clean and fruity as flavors,” says Enriquez “That was something that factored into where we’re going to go with products. But some of those seltzers use artificial flavors instead of something that’s real.”

“With our Superbrew, we’re being fully transparent – we not only tell you everything that’s in it, but we’re proud of it.” superbrew.com

Willie’s Superbrew is currently available in six-packs of 12 oz. cans priced at $10.99 MSRP at major and select independent retailers throughout Massachusetts and Rhode Island, including Wegmans, Whole Foods and Star Market. Both styles are gluten-free, contain 8.5 grams of sugar or less and are under 120 calories per can.

From the Archives: The Backstory on Willie’s Superbrew