We talked to several of Rhode Island's 237 Top Doctors on why they chose medicine as a career and how, to them, it's more than a job.

We talked to several of Rhode Island’s 237 Top Doctors on why they chose medicine as a career and how, to them, it’s more than a job. Meet Doctor Robert C. Marchand, Orthopedic Surgery. 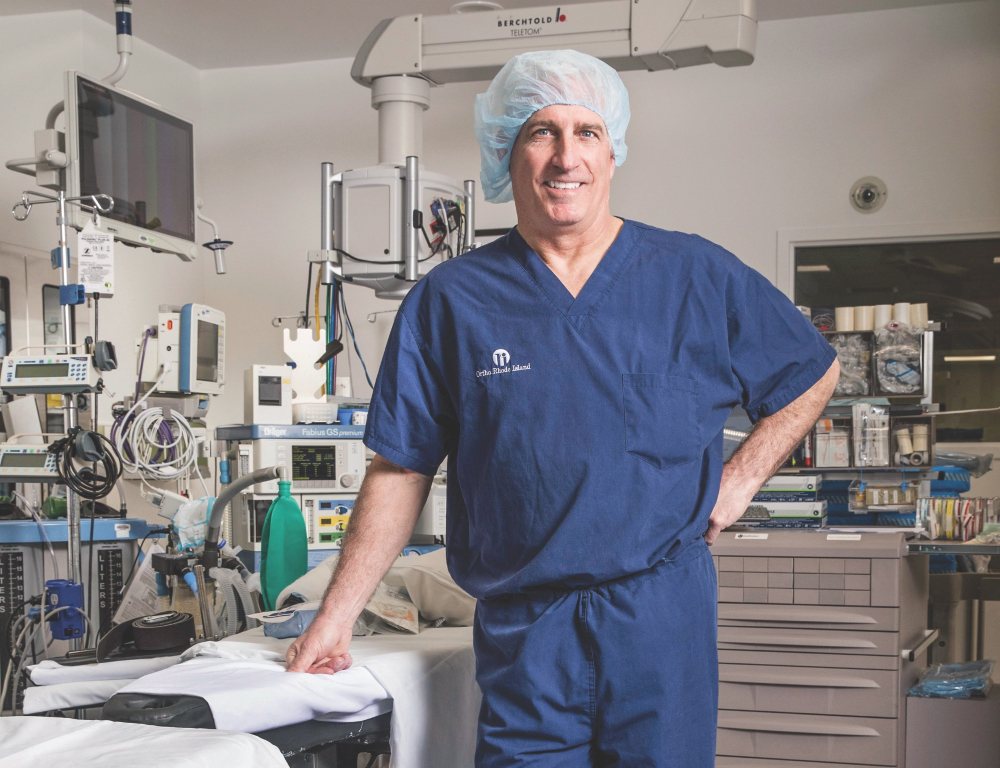 Why did you choose medicine as a career?

I went to the University of Rhode Island to study oceanography although I always thought medicine was really cool. There I took oceanography courses but found them boring. Around sophomore year, I stumbled my way through oceanography to medicine and found more interest in this field. It is the science not for fish, but rather for humans I was interested in. I continued my oceanography classes and kept the same degree, but I later on applied and interviewed at Cornell University and I got in for medicine.

Why did you choose your particular specialty?

How did I get into orthopedics? Well it was the same pattern. I had done a lot of swimming and sports at URI so I figured I should look into orthopedics. Sometime around my second year of medicine, I walked across the street from Cornell to the Hospital for Special Surgery, which little did I know was the best hospital in the world for orthopedics, but I walked into the knee clinic and met with [the] doctor of Total Knees. I was a medical student, not even a resident and on the same day I met him, he showed me a Total Knee. It was fantastic. So, I figured orthopedics was neat. It was hands-on and mechanical.

How long have you been a doctor for?

I spent ten years in New York where I did medical school and residency. Since I went to URI and I knew the area, I thought it would be a good idea to move back this way. At the time my family and I were living in New York City and I knew I didn’t want to live there, so I sent letters out and heard back from an orthopedic surgeon named Doctor Joe Fitzgerald in Wakefield. I moved back here and worked in South County and it was the best thing I ever did.

What has practicing medicine taught you about yourself?

People have asked me when I plan to retire. The answer is that I am really lucky because I enjoy what I do, and I work hard doing it because it is rewarding. I go to work and have a lot of patients and because orthopedics is so goal directed (and most of the time you can fix the problem), the patients are so unbelievably grateful. That makes it a great job.

What are your other interests? What do you do for fun?

I enjoy spending time with my family the most, but I also enjoy surfing, running and biking.