What’s the Story Behind the Cumberland Monastery?

The Northern Rhode Island town has a rural character and spiritual roots.

The sound of the monastery’s bell tolls across darkened orchards and fields. It rings twice, marking the early morning hour. The windows of the quiet buildings begin to light up as sleepy monks rise for matins. They file from the dormitories into the church, where stars beam through clear-paned windows. There is no stained glass here; trappists don’t believe in such frivolous adornments. Anyone looking from afar would see a cluster of majestic stone buildings, three stories high, with a lonely spire stretching towards the heavens. It’s an isolated place, surrounded by hundreds of acres of quiet forests and fields. This is Our Lady of the Valley Monastery, located not in medieval Europe, but in twentieth century Cumberland.

The monastery of the Cistercians (informally known as Trappists) now serves as the Cumberland Public Library; only fragments of its ecclesiastic past remain. Celeste Dyer, the library’s director of administration, takes me on a tour around the building. Walking down a hallway lined with collections of old photos and blown-up newspaper clippings, she points out an image of a blocky wooden shed with a tree in front of it.

“This was one of the first structures the monks built when they came to Cumberland in 1900,” she explains.

Their voyage to Rhode Island was one born of necessity. The order’s original monastery in Nova Scotia burned down in 1892, and the temporary quarters, which they constructed near their old home, were destroyed again by fire in 1896. Some monks returned to monasteries in Europe while others dissipated into the local community. In the end, only twelve monks remained. After much consideration, they set out for Rhode Island in 1900 to find a new home.

They began building an abbey in Cumberland, but the grandiose stone church and dormitories wouldn’t be finished until the ’30s. Dyer shows me some of the few remaining internal architectural details. The chapter room on the second floor still has its vaulted ceilings, now painted a delicate blue. She flicks a switch and artificial light streams through the patchwork stained glass (a later addition). The room was once one of the few places where the monks could speak freely; the Trappists adhered to a rule of silence.

“They rarely spoke and even developed their own sign language,” Dyer explains. “This was where they could talk out loud and complain to each other.”

Our words echo off the room’s hard walls; it’s easy to imagine monks chattering to each other, their rough voices cracking from disuse, complaining about snoring neighbors and bad food.

We walk back into the hallway and look out the window at a sprawling green lawn speckled with dandelions. The building sits on approximately 530 acres that were once home to the monastery’s orchards, fields and pastures. Working the stony land of Cumberland, the monks were
almost completely self-reliant, growing enough food for the entire monastery. Even the structure’s building materials, large blocks of granite, were quarried by the monks. Hikers can still see the forgotten, unused blocks and abandoned quarries in the nearby woods. 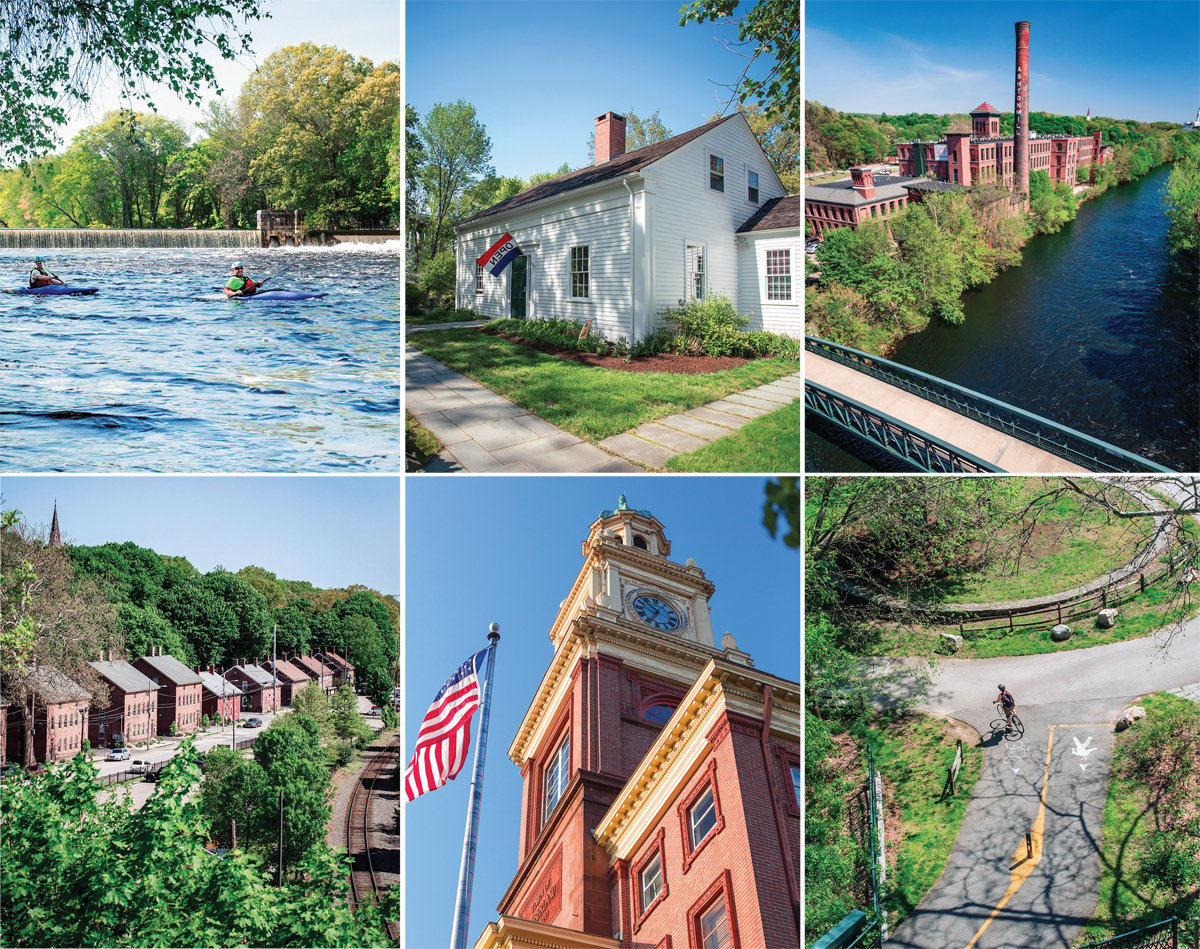 Dyer leads me to the third floor and unlocks a pale-blue door marked “staff only.” It opens up to a room that’s dusty, unfinished and crumbling in places — starkly different from the polished veneer of the rest of the library. Dyer points out a narrow staircase that leads to the unused bell as we walk over the uneven floor and past collections of shelved books.

Now a storage facility for the library bookstore, this area was once the monastery’s infirmary. I pass through former sickrooms, each painted lively shades from mustard yellow to chalky blue. The dividing walls have been torn down, creating a cheerful jumble of colors.
Dyer points out a graceful, pointed arch, sealed off with cinderblocks, on the far wall. Once, it overlooked the church’s interior; sick monks could stand at the balcony and attend mass without ever leaving the safety of the infirmary. She recounts a story one of the former residents told her.
“He said that one of the monks had been standing at the balcony, attending mass, when suddenly he fainted. He fell all the way to the floor, but only his glasses broke.”

While miraculous intervention might have spared the monk from a more tragic accident, the monastery’s divine protection was about to run out. In 1950, the misfortunes that plagued them in Nova Scotia struck again.

One night in late March, a monk noticed flames underneath the Guest House staircase. Although most of the buildings at the monastery were made from stone, the Guest House was constructed almost entirely from wood, and the fire rapidly swept through the building. It spread to the roof and leapt to the church and dormitories. The 140 monks who called the monastery home fled in terror. Some of the men trapped on the upper floors clambered down ladders left by workmen. Others leapt to the unforgiving ground twenty-feet below.

Firefighters from ten surrounding communities fought to control the blaze, but the conflagration destroyed much of the monastery’s interior. Amazingly, no one was killed, but the structure wasn’t as lucky. Most of the buildings’ sturdy stone walls still stood, but it was no longer a habitable abode.

With their life and home up in flames, the monks retreated to property they had purchased in Spencer, Massachusetts. There, they built Saint Joseph’s Abbey, where they are to this day.

But their legacy still lives on, in bits and pieces.

I ask Dyer if there are any plans for renovating the space.
“We’ve already done a lot of work on the rest of the library. I’d say that would be a task for the next administrator,” she says with a laugh.

While total restoration isn’t in the cards, as long as the library stands, the Trappists’ presence won’t be forgotten.

I walk over to a window and look out to where the church once was. A set of stone stairs leads to a solemn iron gate. It blocks onlookers from exploring the church’s foundation, which is now filled with dirt and ripe with weeds. Standing in the dilapidated infirmary, I can almost hear the bell tolling out the hours, calling the monks to prayer one last time.