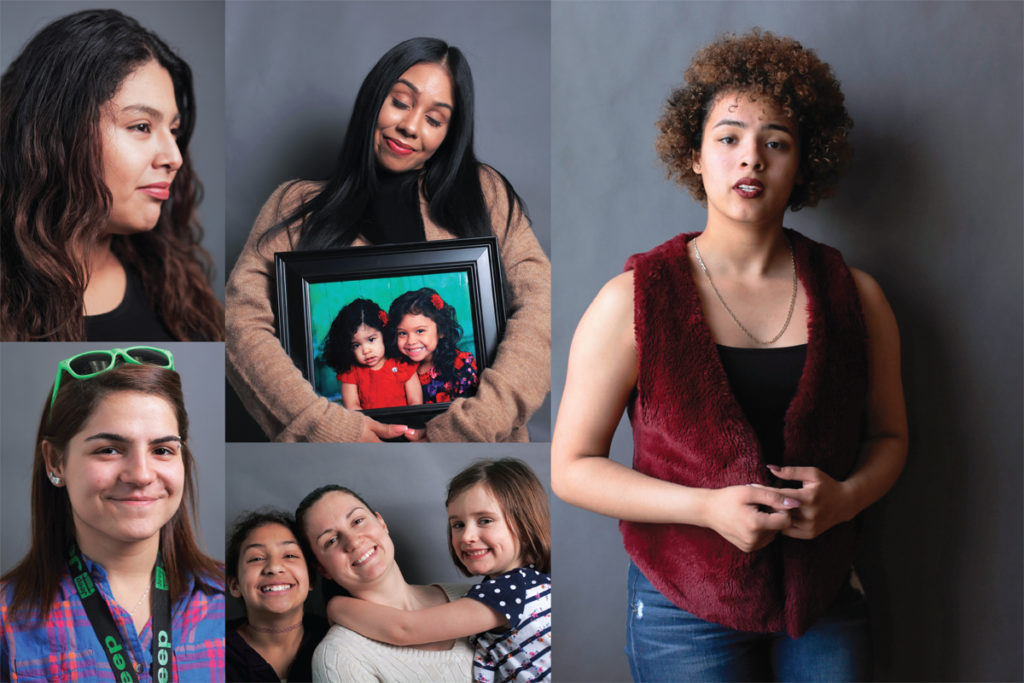 “You know, today is your last day.”

There’s no arguing about it. Lesly is out. Her foster mom needs the room. Another kid is moving in.

Lesly’s caseworker prepped her, and she has a plan. She’ll go from her foster home in Warwick, crash with some friends, then move into a college dorm in Providence. But she put off thinking about it. It’s like the edge of a cliff. It blends with the horizon until she looks down and realizes her toes are jutting out into thin air.

Lesly gathers up her stuff — essentials that survived six placements in ten years — and bounces between couches for the summer before moving into her dorm. She lasts one semester, then her anxiety gets the best of her. She drops out and loses her housing. She has nowhere to go.

Jeff is one of the lucky few — lucky in that he has a disability, so he gets three extra years before he’s out on his own. While in state care, he goes to community college, joins clubs and makes friends. When he turns twenty-one, his educational footing is strong. But as much as he succeeds at school, he fails at home in his new apartment. He never has any food. He can’t deal with the food stamps line, so he goes hungry. He’s overwhelmed, so he drops his only class. In the span of two months, his life unravels.

And Stephanie, who turns eighteen in December — the middle of her senior year of high school — has been taking care of herself for years. She thinks she has her act together. She does well in school and she wants to go to college. But come December, all bets are off.

These young adults are bound by a common thread: They lived as wards of the state and never achieved permanency. They aged out, or will age out, of foster care.

A decade ago, youth in the Department of Children, Youth and Families (DCYF) care could receive support — including housing and college tuition assistance — until age twenty-one. But in 2007, in an effort to close a $360 million budget deficit, then-Governor Donald Carcieri changed the law to lower the cutoff age for foster care services to eighteen. Teenagers with severe mental or physical disabilities are eligible for extensions.

The cuts saved the state about $8.5 million a year, but the move was unorthodox. Many states, like Ohio and North Carolina, have recently passed bills to extend the age of emancipation. Rhode Island stood at the forefront of this movement, then abruptly went to the back of the line.

In 2007, a Carcieri spokesperson told the Associated Press that this was “one of the most difficult choices in the governor’s budget plan.”

“We have to balance the budget,” he added. “We have no other option.”

In the ten-year wake of that decision, hundreds of victims of abuse, neglect and tragedy confronted adulthood on their eighteenth birthdays. In 2016, 142 youth aged out of foster care without being adopted or reunited with their parents. It’s a 50 percent jump from 2015 when ninety-four kids aged out, according to data compiled by Rhode Island Kids Count. The later a child enters state care, the more likely he or she will age out of it.

The stable ones string together safety nets made up of mentors and nonprofit programs. Others who age out — whether they’re less inclined to accept help or more inclined to revel in their newfound emancipation — are within stumbling distance of poverty, homelessness and prison.

This month, lawmakers will decide if the savings were worth it.