The Scoop on Westerly Sound 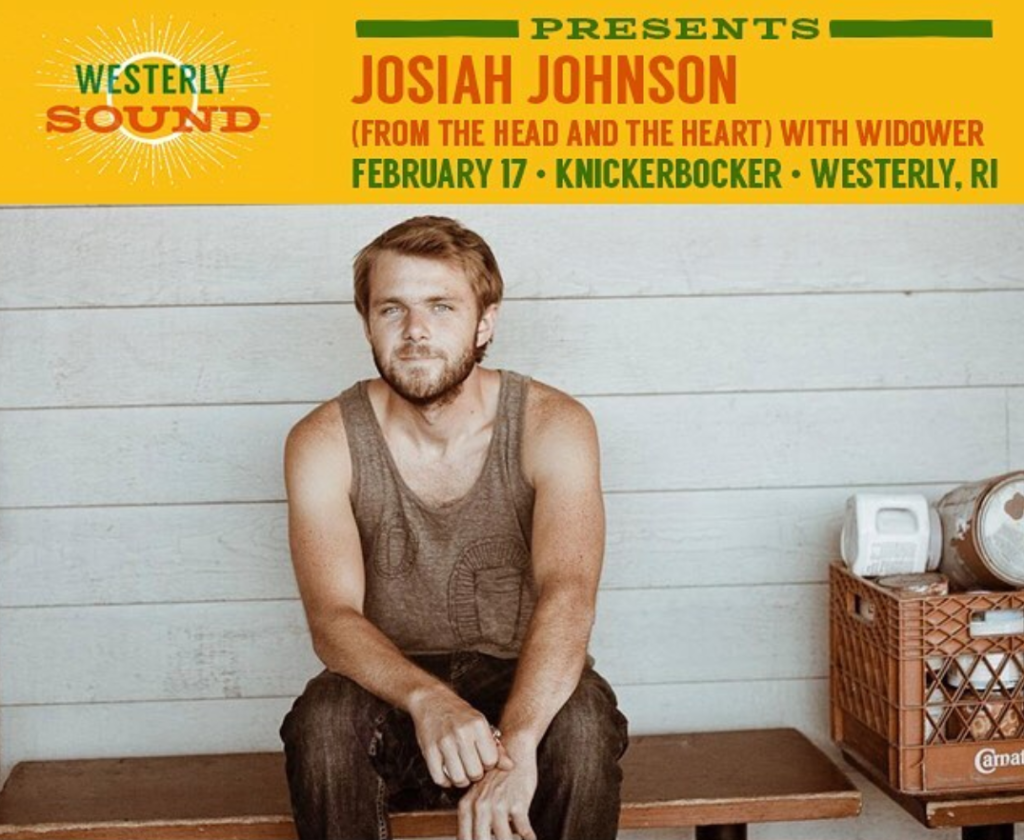 Sean Spellman wants you to know: If you see him stapling up posters in South County or Providence, it’s okay. He’s not vandalizing.

“I’m just trying to get people to come hang out and do something fun,” the visual artist and musician says of his new art series, Westerly Sound.

Spellman, who lives in Westerly, spent the better part of a decade touring with big indie bands, including The Head and the Heart and the Lumineers.

“I’ve been telling people how nice Westerly is for years and I wanted a reason for them to come,” he tells me in a chat earlier this week. “Getting them to play a show is the best way.”

The Head and the Heart co-founder, Josiah Johnson, for example, is headlining a Westerly Sound show at the venerable Knickerbocker Cafe this Saturday. The artist has been on a hiatus from the band since 2016 to focus on his recovery.

“Josiah hasn’t played many solo shows since he has taken this break from THATH so that one should be good,” Spellman says.

The Lumineers’ touring pianist, Stelth Ulvang, is on the lineup for May. The series, which is mapped out through the spring, also includes performances by Spirit Family Reunion, Horse Eyed Men and other well-regarded bands. Tickets are low-cost — think: $10 to $15 in advance — and some are free.

Spellman’s curatorial taste was on full blast at last summer’s United Folk Fest, a free daylong event featuring music by Blitzen Trapper, the Barr Brothers, Langhorne Slim, the Low Anthem and other marquee bands. The festival was a partnership with Westerly’s United Theatre, a gem of a place in the midst of a major renovation. But Spellman, who sits on the theater’s creative committee, wanted to produce more music events and artistic happenings — and year-round. Westerly Sound was born.

Spellman says he’d like to help turn Westerly into an arts and culture destination. His summer plans for Westerly Sound include art openings, film screenings and other musical events (one with a “BIG band,” Spellman hints) at various venues in Westerly. Spellman also mentions a “Westerly Center for Arts and Ideas,” a new venue that’ll launch in the next few months.

“My main goal here is to make Westerly a more enjoyable place to live, because it is my home,” he says. “It’s already so nice. I want to encourage more cultural events for people to enjoy, to be turned onto different forms of self expression, talent, ideas, etc. I hope that I can facilitate that in a diverse way that benefits residents and visitors, and I encourage anyone with an idea or input to reach out to me, or to just come check out the beach and a show.”

For more information on Westerly Sound, check out its Instagram page or visit knickmusic.com for events listings.