URI Rams’ E.C. Matthews Returns to the Court this Saturday

The star guard, who is featured in our December profile on Dan Hurley, sustained a left wrist fracture in November. 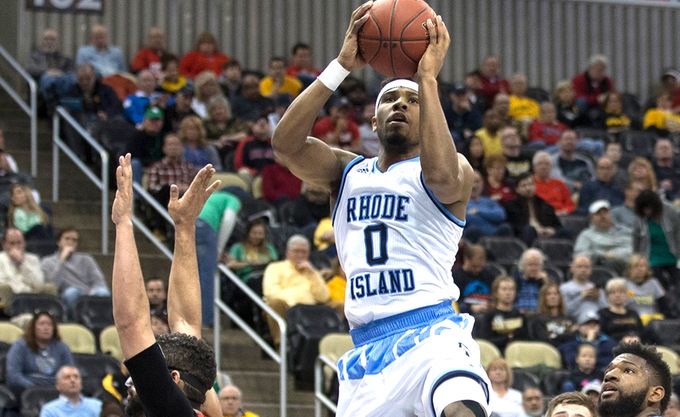 University of Rhode Island Rams senior guard E.C. Matthews is expected to return to the court this Saturday after sustaining a wrist fracture on November 13.

According to URI spokesman Shane Donaldson, Matthews will rejoin the team, with five wins and three losses this season, to host the College of Charleston this Saturday afternoon at the Ryan Center. (4 p.m. tipoff; tickets here.)

This wasn’t the only injury to strike Matthews’s college basketball career. In November of 2015, the Michigan native tore his ACL and was sidelined for a full season. In 2016, he returned as a junior and helped lead the Rams all the way to March Madness.

According to a story in the Providence Journal, Matthews’s recent wrist fracture “occurred on a hard fall in the paint late in URI’s 88-81 loss at Nevada…just its second game of what was predicted to be a second straight NCAA Tournament season.”

Of Rams head coach Dan Hurley, the subject of a profile in the December issue of Rhode Island Monthly, Matthews told writer Ged Carbone: “Coaches — their job is to win. With him and me it’s more than that. It’s way more than that. Say something happened and I could never play basketball again — he would still be there for me. When I got hurt, I saw that side of him. His family, his wife, his sons are like a second family to me.”