Footage of this spider-like object, found beneath the tide in Westerly, went viral last summer. Where is it now? 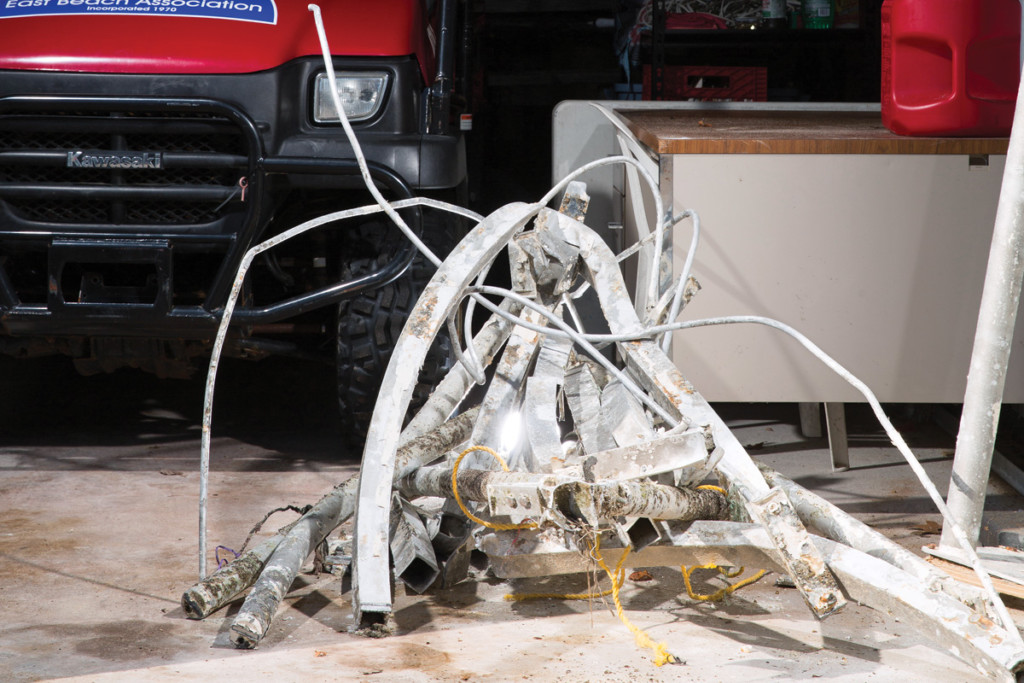 These days, it looks more like a squashed bug.

This mystery object sent shock waves across the globe last summer when it was pried from the seafloor in Westerly. (It even earned the top spot in this magazine’s sardonic Rhode Island Red Awards.) The eerie arachnidian form, made of alloyed metal flaked with white paint, went viral for reasons that mystify Peter Brockmann, a lawyer and president of the East Beach Association.

“People love a good mystery, I guess,” he says. “We even got an email from a UK production company, Mysteries of the Deep, that wanted copyright of the photos I’ve taken worldwide for the next ten years.”

Brockmann is central command for speculation. He’s fielded a number of theories, from the extraterrestrial to the sensible: lost trawling equipment; the skeleton of a Bambi bucket, an aerial firefighting tool; the remains of an old-fashioned carousel swept up in Hurricane Sandy. All leads went cold.

But one thing’s for sure: It was in the water longer than we all thought. Stephen Iacoi, the EBA’s crew chief and a retired police detective, says local fishermen have known about it for two decades. Iacoi saw it with his own eyes three years ago. As the tides changed, it crept closer to the shore and, finally, the EBA financed its excavation last August.

Since then, the deconstructed mystery object has laid in a pile in the EBA’s storage unit. Before summer, though, the hollow-core limbs — still packed with sand — will be gathered up and dragged out for good. According to Iacoi: “There’s a scrap yard in town that said they would take it.” 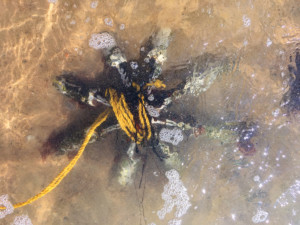