The temporary bike share will include eight bicycles and four docking stations. 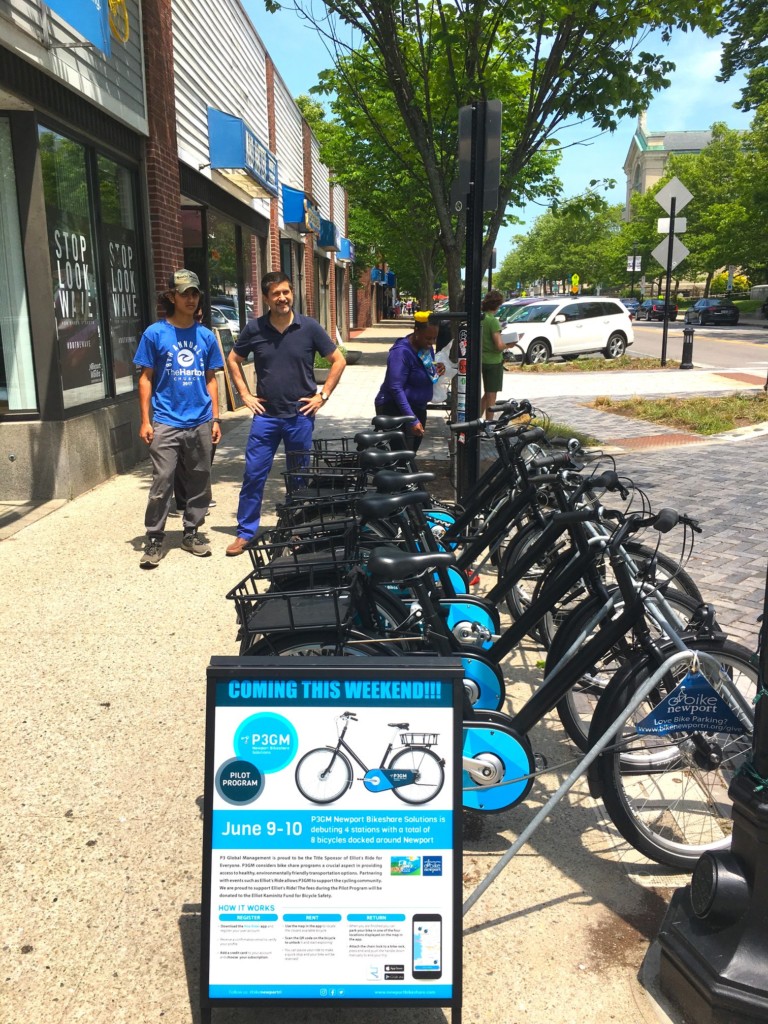 Newport is undoubtedly a beautiful location, full of good food, cute shops, and plenty of places to unwind and relax. Strolling along the Cliff Walk on a sunny day, it can be impossible to imagine you could ever feel stressed there…until you get back in your car, hit traffic on every main road, and then find yourself on a journey down dozens of one-way streets trying to find just one free parking spot. This weekend, however, the town might get a glimpse of what could be done to ease traffic congestion with the launch of a temporary two-day Newport Bike Share program.

Bike sharing is becoming increasingly popular in many cities throughout the country. One of the most successful and best known programs is Citi Bike in New York City. It’s become just as useful for residents as it has for tourists, and biking instead of driving has long been praised for its benefits to health and the environment.

Anyone interested in trying out the bike sharing program can download the Noa Rider app and create an account at newportbikeshare.com. In the app, you’ll be able to access a map that lets you know where all four stations are: Jane Pickens Theater (49 Touro St.), Fort Adams Visitor’s Center, Newport County Preservation Society (424 Bellevue Ave.) and the Gateway Visitors Center (23 America’s Cup Ave.).

Unlocking the bikes is as simple as scanning a QR code on the bike with the app. At the end of the reservation, bikes can be returned to any of the stations in the city, no matter where it was docked before.

P3GM is partnering with Elliot’s Ride for Everyone as a title sponsor and all proceeds from the bike-sharing pilot program will be donated to Elliot Kaminitz Fund for Bicycle Safety.​ Elliot’s Ride takes place on Sunday, June 10 from 9 a.m. to 1 p.m., and it involves a bike ride with hundreds of fellow cyclists along the coastline. Elliot’s Ride for Everyone is an invitation to everyone, of every age and every level of bicycle experience, to come out and ride and experience the joy of biking along Newport’s picturesque coastline while celebrating the importance of safe road sharing.

Registration for Elliot’s Ride is free on Eventbrite. Donations of all sizes, big or small, are encouraged and appreciated, to help support Bicycle Safety Education programs run jointly by Bike Newport, RI and the Newport County YMCA.