The clams that made Frank Pepe’s original clam pizza so famous came from right here in Rhode Island. 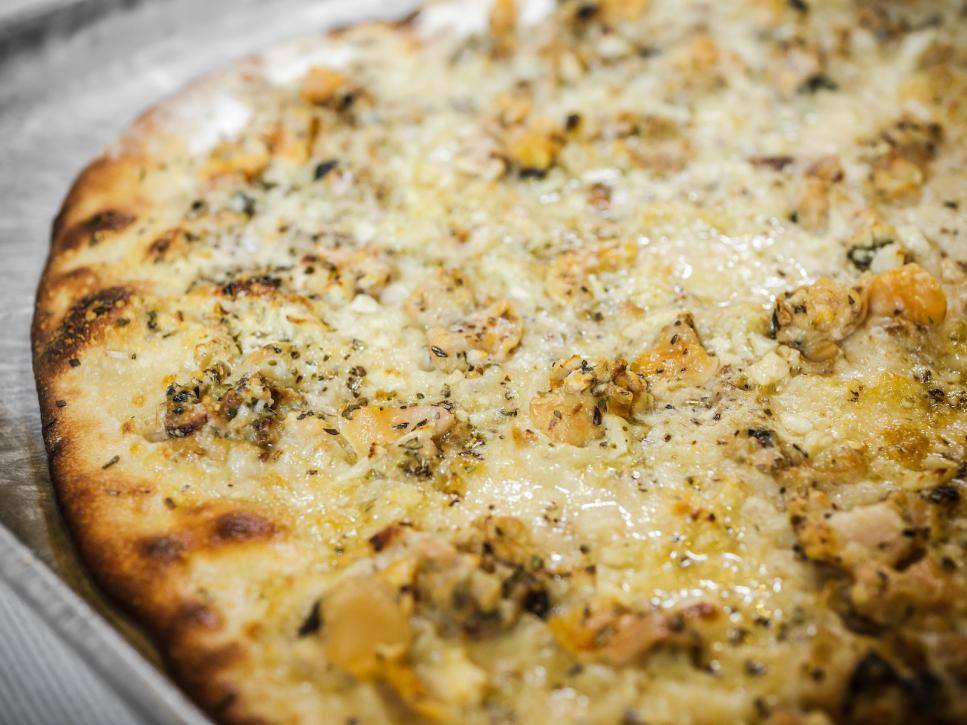 Rhode Island pizza fans are rejoicing! Finally, we will have a Frank Pepe Pizzeria Napoletana to call our own in Warwick in late-April or May, at 21 Universal Blvd., where the Corner Bakery Cafe used to be. What’s even better is that the original clams that made Pepe’s clam pizza so famous in the first place, came from right here in Rhode Island.

In 2011, when I was a food writer for a different publication, I had the opportunity to do a sit-down interview with founder Frank Pepe’s grandson, third-generation owner Gary Bimonte, to learn about the history of the legendary New Haven pizzeria and its famous clam pizza.

Frank Pepe came to the United States from the Amalfi Coast in Italy, and he started out serving “apizza” (ah-beets) from a cart. In 1925, he established the bricks and mortar New Haven pizzeria next door to where the location is now, at 163 Wooster St. In 1935, it moved to 157 Wooster St., its current location. The restaurant strives to keep the recipes and methods for firing the pizza the same across all of its nine locations (soon to be ten) “We follow our grandfather’s recipes. We continue to use top-quality ingredients. We don’t cut any corners on anything,” said Bimonte in the interview. “Our tomatoes are imported, the grated cheese is imported from Italy. We’re continuing the tradition.”

The secret for the crisp, charred and chewy crust has everything to do with its coal-fired ovens. Connecticut native Kaitlyn Frolich, who lives in Providence, is devoted to Frank Pepe’s pizza. “As a Connecticut native and devotee of the holy trinity of pizza that is Sally’s, Pepe’s and Modern, I am beyond excited that Rhode Island will be able to experience pizza perfection,” she says. “The fire in the ovens gets the crust to this level of perfection not achieved elsewhere; the cheese, the sauce….perfectly thin, not too much crust. For someone who has been eating New Haven pizza for twenty-five-plus years, that’s a big statement.”

And there’s quite the story about how this pizza originated:

“The way the story is told, back in the ‘50s, there used to be a little alleyway next door between the restaurant and the building, and there was a clam cart there, and he was opening clams on the half shell,” said Bimonte. “The guys were out there shooting the breeze, and my grandfather goes out there, and he said, ‘Hey pop, why don’t you put some of these on the pizza.’ So he took a handful and put it on the pizza.” The rest was history. We can’t wait to try the clam pizza, made with Rhode Island clams, right here in Rhode Island this spring.