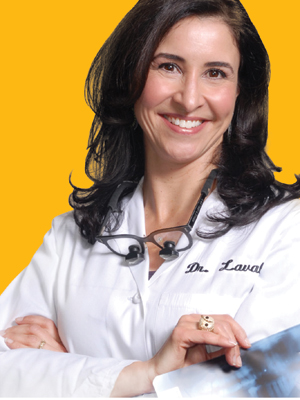 As the train rumbled past nameless towns and forests on its journey to Boston, Michelle Bento Mosca studied her textbooks and notes. Every morning, she’d leave her home in Pawtucket to get to class by eight, and every night, she’d return home by ten or eleven. Her commute wasn’t a chance to catch up on sleep or to watch the passing scenery; it was an opportunity to burrow into the world of deteriorating enamel and plaque.

Most of her classmates didn’t have a commute, and they thought she was crazy to make the long ride. “But I really used that time to my benefit. While I was on the train, my classmates were just kicking around,” Mosca says.

Beyond her train-side studying, Mosca wasn’t your typical student. She was a month shy of thirty when she began attending dental school and would be thirty-five by the time she finished her studies. And for nine years prior to school, she had worked as a dental hygienist.

Maturity may have made her a better student, but it came with its own challenges. Unlike her peers, she had already hit all the milestones of adulthood. “I was married, I had a mortgage and I was working part time,” Mosca says. “During our orientation, the dean flat-out said ‘Don’t even consider working during school. If you’re married, most people end up divorced.’ He was very negative about having any outside life.”

He was right: It wasn’t easy. Mosca’s week was completely consumed with classes and labs, and on weekends, she would work as a hygienist part-time. She had to push aside her social life and her plans for having a child, and every semester, her student loan swelled.

But after four years of dental school and another two spent specializing in endodontics, her dream of becoming a dentist became a reality. Now she’s one of the leading endodontists in Rhode Island, has a happy family life and is a role model for others.

“I have a stepdaughter who is thinking about becoming a dental hygienist. Who knows? Maybe one day she’ll go to dental school too.”