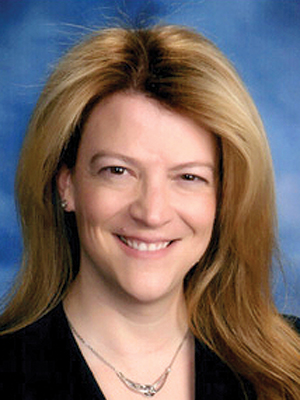 Lisa Hilpl flew down the slopes, packed snow whirling beneath her skis and crisp winter air rushing past. It was everything skiing should be: exhilarating, fun and a refreshing break from work. But then the worst happened: At forty-five miles an hour, she collided face-first with a tree.
For ten days, she was confined to the hospital. Fortunately, she’d been wearing a helmet, but she still suffered a severe concussion and facial trauma.

“I wasn’t sure how the accident would affect me in the long run and, at the time, the damage was more than I thought someone could survive,” says Hilpl.

But she did survive and, in the wake of her accident, realized the value of her life and began to scrutinize her past. Accounting, consulting, communications, marketing: her life as a twenty-something had been an endless stream of white collar jobs with little to show for it.

“I didn’t have the epiphany that I wanted to be a dentist; it was more like I realized that I should think about where I was and where I was going,” Hilpl explains.

In the wake of this realization, she started her own company in storm-water management. Because of her dedication and experience, the business was a huge success. But while it prospered, she couldn’t help but again turn her attention inwards.

She wasn’t happy with what she found.

“I ended up reflecting on who I was as a person. I wanted something that would make me feel good at the end of the day, not just going out and selling a product or a service that would be forgotten.”

She began to ask people about their jobs, and eventually she found herself in the dentist’s chair, talking about the craft. Suddenly,
everything clicked: people oriented, hands-on, challenging — dentistry had everything she was looking for.

Her epiphany, which she had at age thirty, would take nine years to reach fruition. She sold her company, got a $10-an-hour job as a dental assistant and took classes to fill prerequisites for dental school. She endured the Dental Admissions Test twice and applied to numerous schools. She enrolled at Tufts (which has a 5 percent acceptance rate) and at age thirty-nine, after four years of sleepless nights, medical crash-courses and hefty student loans, she graduated and got a job.

Her journey to dentistry, which began on the ski slopes, concluded after thirteen years: Her dream was fulfilled. Hilpl practiced in Woonsocket, but now practices in Franklin, Massachusetts.

“For me, life is about challenging myself and feeling that I’ve done the best that I could do while on this planet,” she says. “I wasn’t doing that before being a dentist. Now I am.”