Tony Barrington has a Blue-Collar History

Plane engines roar overhead and intermix with the echoes of gruff commands. A soldier makes his way to the armored car ahead when the steel tip of his boot knocks a piece of rubble loose from the remains of what was once a large European structure. His weary eyes catch on faded red, and he reaches a weathered hand down to pluck the fractured object from the ground. One short exhale clears the dust from the insignia and he instantly recognizes it as a Barrington-made brick. A piece of home.

“There’s a big pond out in the middle of town that used to have a ton of clay deposits,” says Nat Taylor, historian and president of the Barrington Preservation Society, over cups of coffee at the Blue Kangaroo on County Road in Barrington, “and in the seventeenth century they started digging out all the clay and making bricks.”

That big pond is now appropriately known as Brickyard Pond and, according to the Preservation Society’s website, it served as a brick pit for several brick companies, starting with the Narragansett Brick Company and ending with the Barrington Steam Brick Company, from 1847 to 1943. At peak operation in the winter, the yard would stay open a full twenty-four hours a day, seven days a week. In that time, longtime Barrington resident Bonnie Warren says that more than 100 Rhode Island buildings were originally constructed with Barrington bricks, including the Biltmore hotel and the Federal Building in Providence.

“Barrington bricks are really what built the whole industrial landscape of Rhode Island,” Taylor writes in an email. “They sent them all out on large barges on Narragansett Bay and they even made their way across the world.”

The clay may have eventually run out in 1943, but it’s clear that the bricks left their mark. On the way to my meeting with Taylor, I had only seen red. Not because I underwent a bout of road rage (impossible, really, when you drive along such quaint streets) but because the claims are true: A majority of Barrington’s infrastructure is made up of mostly exposed bricks. Walls, porches, columns: You name it, they built it.

But it turns out this town of bricks wasn’t always so stable; in fact, Barrington suffered through a 300-year-long identity crisis.

“Barrington really has two birthdays,” says Taylor. “It originally became a town in Massachusetts in 1717. Then it shifted borders and we weren’t a town for a while, we were just amalgamated with Warren. We finally became our own sovereignty in Rhode Island in 1770.”

It wasn’t that neighboring societies didn’t want Barrington. Rather, the nomadic town coveted independence. Early eighteenth century residents wanted to separate from Baptist-heavy Swansea in order to practice Congregationalism in peace. Their descendants later hoped to see the fruits of their agricultural labors (read: taxes) come back solely to them (read: and not to the area presently known as Warren). Each time, the people of Barrington quietly and non-violently petitioned for separation. When they got their wish they were free to do as they pleased with the miles of coastline. 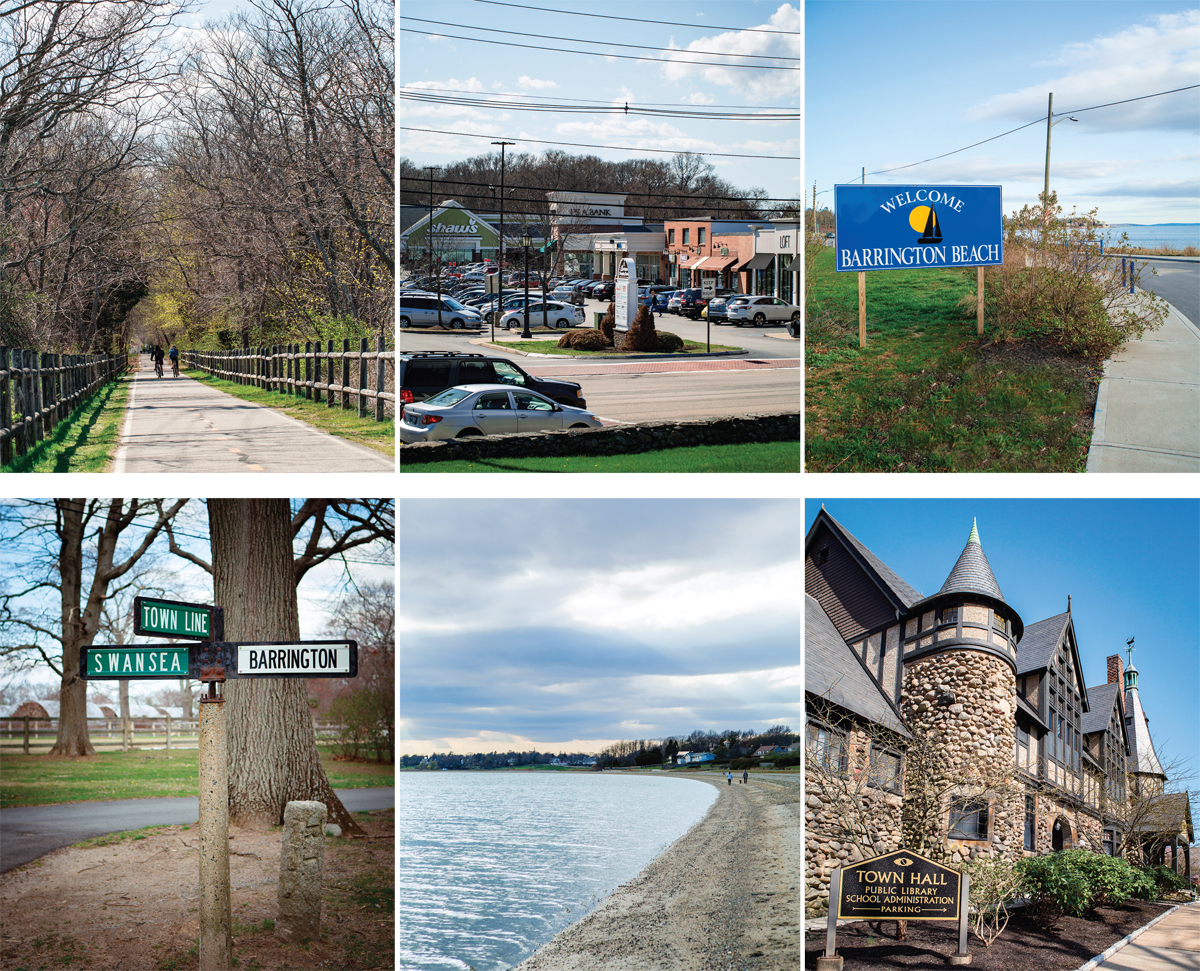 And so, prior to the discovery of brickyards, this well-developed, residential town was mostly farmlands. Taylor even recently discovered a census from Revolutionary War times that puts the human population at 600 and the four-legged population at well over 1,000. You might think the war thinned the town’s population, but it was largely unaffected by the British.

The theme of missed opportunities for rebellion and scandal appears to be a common one for the town of Barrington: “The ‘Borington’ epithet is definitely there,” Taylor says with a laugh. “But regardless of our involvement, it would be wonderful if there were more visible remnants of the pre-Colonial past, or even remnants of the Colonial era.”

But that doesn’t mean the historical remnants are completely gone. The deeds to Taylor’s property go as far back as 1678, and upon further research he learned that his was built by the general of the East Bay militia, Thomas Allin, around 1769. One day when Taylor was working with a contractor in his attic, they noticed something odd beneath the surrounding wallpaper.

“The original builder used side-by-side planks for the walls, which meant it got quite drafty,” Taylor says. “At some point they just pasted paper over the walls specifically to cover the cracks between the planks. We discovered that the papers included the general’s trigonometry homework from when he was a kid and ledgers that were property tax adjustments because he was also the tax collector. So you realize that Barrington has some traces of our history; it’s visible. But not a lot of it.”

While it doesn’t dwell much in the past, the Barrington of today seems to have finally attained the qualities for which its former inhabitants constantly strived: It’s strong and stable, much like the bricks with which it was built.

Somewhere along the way, the town quietly became the epitome of suburban life, a true bedroom community for the city of Providence a few miles to the north. Sure, some may call the waterfront community’s penchant for tranquility boring, but most residents, new and old, know better. Taylor himself moved here more than six years ago because of the town’s reputation for having one of the best school systems in the state.

“Barrington also just seems to have staying power,” he says. “Between the ranking of the schools and its geography, the fact is that it’s seen as a desirable place to live — even before any white people lived here.”

European settlers first heard about the area from the Wampanoags, who referred to it as “the flower in our garden.” Barrington was where the people in charge of the whole Wampanoag federation lived and thrived.

And, with it’s beautiful landscape and sense of community, it seems as though Barrington is always going to be a place worth coming home to.