Hit the slopes with the Trap and Whalers Brewing, catch up with the stars of Sesame Street and more fun things to do in Rhode Island from February 27-March 4. 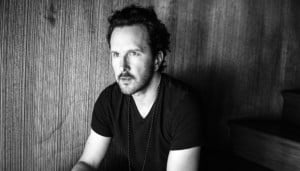 When Mason Jennings started writing songs for his new record, Songs From When We Met, he was in a setting he had never written in before. “I was living out at a farm for a month and walking through some old woods on the property every day. There was a river. And each day an owl would come find me, and then perch above me, day or night. I saw lots of snakes. Songs just came to me there. They were coming in so fast they just about took my head off. It was unlike anything I’ve experienced before,” recalls Jennings. In Native American animal medicine snakes symbolize rebirth, owls symbolize seeing what others cannot and turning darkness into light. Both are themes throughout the album and the music has a clear hopeful feeling.

Songs From When We Met pulls you in from the start, with Jennings telling the listener, “Get into my car now…let’s leave the city”. “Cursive Prayers is the first song I wrote for the album. I hadn’t written anything in a long time and any time I tried writing things I wrote were very dark. This song is so hopeful and full of love it surprised me. I think it was the beginning of things getting better in my life, like a message from another dimension.” 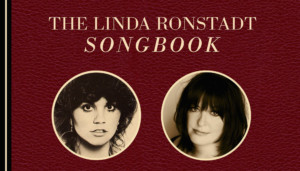 Tony nominee Ann Hampton Callaway, one of the leading pop/jazz singers of our time, has created an exciting night of songs and stories in celebration of one of America’s most beloved artists, Linda Ronstadt. On the heels on Ann’s symphonic/PAC triumph, The Streisand Songbook, this show celebrates the many faces of love in Ronstadt’s iconic songs from her Stone Poney Days like “Different Drum” and “Long Long Time” to pop/rock classics like “You’re No Good,” and “Desperado” to unforgettable classics from her three Nelson Riddle albums like “What’s New” and “Am I Blue,” to her iconic duets which Callaway will perform with her brilliant MD, Billy Stritch. Adding to the electrifying sound is Martin Wind on bass, Tim Horner on drums, and Linda’s long time guitarist and arranger, Bob Mann. Romantic, rousing, and joyous, The Linda Ronstadt Songbook promises to be the perfect night of music. 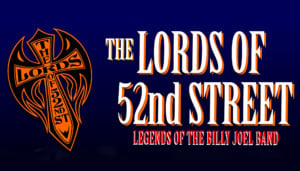 They sold more than 150 Million records while establishing Billy Joel’s formidable sound and toured with him for over a decade. Featuring saxophonist Richie Cannata, guitarist Russell Javors, and drummer Liberty Devitto, The Lords continue to perform all the greatest hits you know and love…just how you remember them.

Come see and hear the Original Billy Joel band playing “Only The Good Die Young”, “Say Goodbye To Hollywood”, “Miami 2017”, “Angry Young Man”, and many more of the classic songs that make up the soundtrack of our lives!

This special intimate show, their first Rhode Island appearance, includes a meet and greet afterwards in the front lobby. Don’t miss this once in a lifetime chance to see the Legends of the Billy Joel Band. 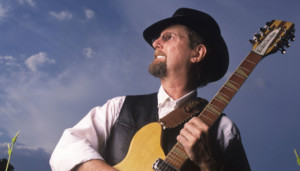 Mr. Tambourine Man not only lived history, he made history with his fearless sense of experimentation. As the leader of the influential ’60s group, The Byrds, he was on the leading edge, combining the rock beat of the Beatles with the folk sensibilities of Bob Dylan, to create the genre known as “folk-rock” His groundbreaking work on The Byrds “Sweetheart Of The Rodeo” album, is widely credited with ushering in the genre of country rock. Roger’s solo career began in 1973 and has yielded thirteen albums, a Grammy nomination, and extensive touring and performing for enthralled audiences ever since. Roger can provide an educational seminar which includes aspects of rock history, musical techniques, and computer techniques he uses in recording. Most recently Roger has been working on his 2018 album , “Sweet Memories” and has been seen onstage with Chris Hillman and Marty Stuart and The Fabulous Superlatives during the Sold Out “Sweetheart Of The Rodeo fiftieth Anniversary Tour”.

Tickets to this event will also include an additional $5 Historic Restoration Fee which assists in restorations and repairs of the Greenwich Odeum. When purchasing tickets online, an additional $2 convenience fee per transaction will be applied. Tickets are non-refundable and non-exchangeable.