Take part in grape stomping, practice yoga with breath and brews and more fun things to do in Rhode Island from February 13-19. 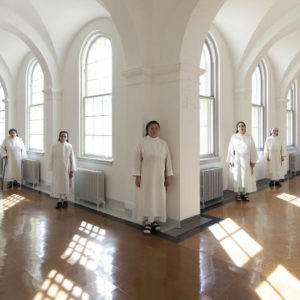 Beginning Sunday, March 1, the Museum of Work and Culture will host Cinema Sundays, a free bi-weekly presentation of French-language documentaries produced in Québec. All films will be screened at 1:30 pm and are subtitled in English.

The series will kick off with Amoureuses, a documentary featuring, for the first time, cloistered sisters who agreed to be filmed in many aspects of their lives for almost a year. The result is an exceptional archival document for the history of Quebec. At their touch, these nuns are like plugs; they can channel the energy we need.

Cinema Sundays is presented as part of the MoWC’s celebration of Francophonie, a monthlong celebration of French language and culture in New England. It is made possible with the support of the Québec Delegation in Boston.

Other Cinema Sundays will include:

March 15, Expo 67: Mission Impossible, an account of the challenges of the men behind the 1967 Universal Exposition in Montréal, Canada. By searching through 80,000 archival documents at the National Archives, they managed to shine light on the biggest logistical and political challenges that were faced by organizers during the “Révolution Tranquille” in the Québec sixties.

March 29, Un homme sage-femme, which follows Louis Maltais, an ex-circus artist, as he begins his training to become the first male midwife in Quebec.

The Museum of Work and Culture invites the public to an upcoming event that will help curate the 2020 Flickers’ Rhode Island International Film Festival.

Ciné Québec, an evening of Québecois films in celebration of the month of Francophonie, takes place Thursday, March 5, at the MoWC. The evening will begin at 6 pm with a wine and cheese reception in the MoWC gallery.

At 7pm, attendees will watch and vote on new and exciting short films from Québec currently under consideration by RIIFF. The film that wins the most votes will gain automatic competition entry to the festival.

Ciné Québec will conclude with a screening of the feature-length film Les fleurs oubliées (pictured).

In the film, Brother Marie-Victorin, founder of Montreal’s Botanical Garden, is bored with heaven and decides to return to earth to help Albert Payette save Quebec’s flora from Transgenia, a multinational that is poisoning the Earth with chemicals.

This event is made possible by the Délegation of Québec in Boston. 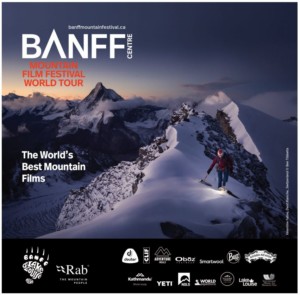 Banff Centre Mountain Film Festival is the largest mountain festivals in the world. This year’s tour features a collection of the most inspiring action, environmental and adventure films from the festival. Traveling to exotic landscapes and remote cultures, and bringing audiences up-close and personal with adrenaline-packed action sports, the 2020 World Tour is an exhilarating and provocative exploration of the mountain world. Experience some of these award-winning films of outdoor adventures at McVinney! 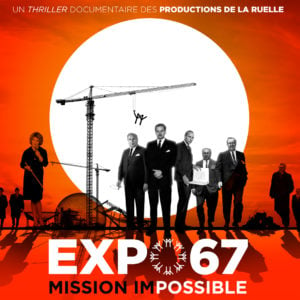 On Sunday, March 15, the Museum of Work and Culture will present the second installment of its Cinema Sunday series with a screening of the Québecois documentary, Expo 67: Mission Impossible. The film will be shown at 1:30pm with English subtitles.

The documentary thriller Expo 67 Mission Impossible invites us to relive the incredible adventure of the men behnd Man and His World. Over time, tongues have loosened and the full story can now emerge, just like Notre-Dame Island out of the waters of the St. Lawrence. Thanks to unprecedented access to over 80,000 archival documents, along with uncensored accounts by the movers and shakers behind this success story, filmmakers Guylaine Maroist, Michel Barbeau and Éric Ruel invite us to relive the white-knuckle countdown to the grand opening on April 28, 1967. We finally recognize the exceptional contribution of the makers of Expo 67, namely Chief of Advertising Yves Jasmin, and businessman Philippe de Gaspé Beaubien.

Cinema Saturdays is presented as part of the MoWC’s celebration of Francophonie, a monthlong celebration of French language and culture in New England. It is made possible with the support of the Québec Delegation in Boston. 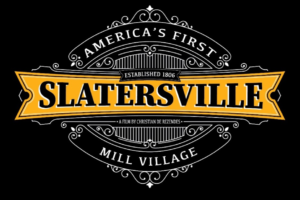 Valley Talks, a series of free historical lectures, ends on Sunday, Mar. 22, 1:30 p.m, at the Museum of Work and Culture when critically acclaimed filmmaker Christian de Rezendes will present Slatersville: The Catholics are Coming!.

In this talk, documentarian de Rezendes will discuss the complexities of filmmaking and producing through the lens of his upcoming historical documentary series, Slatersville: America’s First Mill Village. He has been working on the series, which will cover two centuries of history, for several years. Though the series is not set to premiere until 2021, de Rezendes will share a work-in-progress segment highlighting the French-Canadian immigration and the Museum of Work and Culture during his presentation. This exciting preview will include on-camera interviews with MoWC Director Anne Conway, Woonsocket historian Ray Bacon and several others.

Through his company, Breaking Branches Pictures (est. 1996), de Rezendes has produced critically acclaimed feature films including Forty-One, a documentary about the youngest victim of the Station Nightclub Fire, Getting Out of Rhode Island, a fully improvised dramedy feature, Alzira’s Story, the family inspired documentary, and Raising Matty Christian, a documentary about a man born without full limbs whose accomplishments inspired thousands. To date, his work has received more than thirty-five filmmaking awards. Many of his twenty plus directing credits have been broadcast on PBS and screened internationally at film festivals. De Rezendes continues to direct, film and edit promotional pieces for a wide variety of corporate, non-profit and commercial clients as well as his own projects. 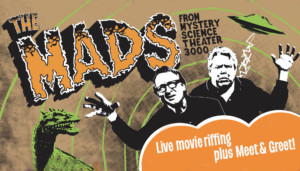 Join “The Mads” from Mystery Science Theater 3000, Frank Conniff (TV’s Frank) and Trace Beaulieu (Dr. Clayton Forrester and Crow through season seven), as they screen some of the worst movies ever made and live “riff” them in the same style as the Peabody Award-winning TV series. The Mads will be happy to meet, greet and sign autographs before and after the show.

Due to language, this performance would be considered PG-13. 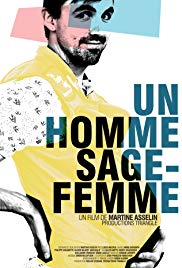 On Sunday, March 29, the Museum of Work and Culture will present the final installment of its free Cinema Sundays series with a screening of the Québecois documentary Un homme sage-femme. The film will be shown at 1:30pm with English subtitles.

Un homme sage-femme, which follows Louis Maltais, an ex-circus artist, as he begins his training to become the first male midwife in Quebec.

The series is a part of the Museum’s celebration of Francophonie, a month-long celebration of French language and culture in New England. It is made possible with the support of the Québec Delegation in Boston. 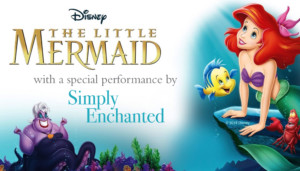 Join us for a screening of The Little Mermaid with Simply Enchanted performers in costume to lead you in song.

Photo opportunities with the Simply Enchanted performers after the show, so stick around for a photo and keep sake from the characters.

Please note: Simply Enchanted characters are all based on Hans Christian Anderson and Brothers Grimm Fairy Tales. They are not, nor claim to be affiliated with The Walt Disney Company. Any similarities in character appearance are merely coincidental

Tickets to this event will also include an additional $5 Historic Restoration Fee which assists in restorations and repairs of the Greenwich Odeum. When purchasing tickets online, an additional $2 convenience fee per transaction will be applied. Tickets are non-refundable and non-exchangeable.