Rhode Islanders are invited to apply by Tuesday, Dec. 19, for $600,000 in seed grants through the Carter Fellowships for Entrepreneurial Innovation. 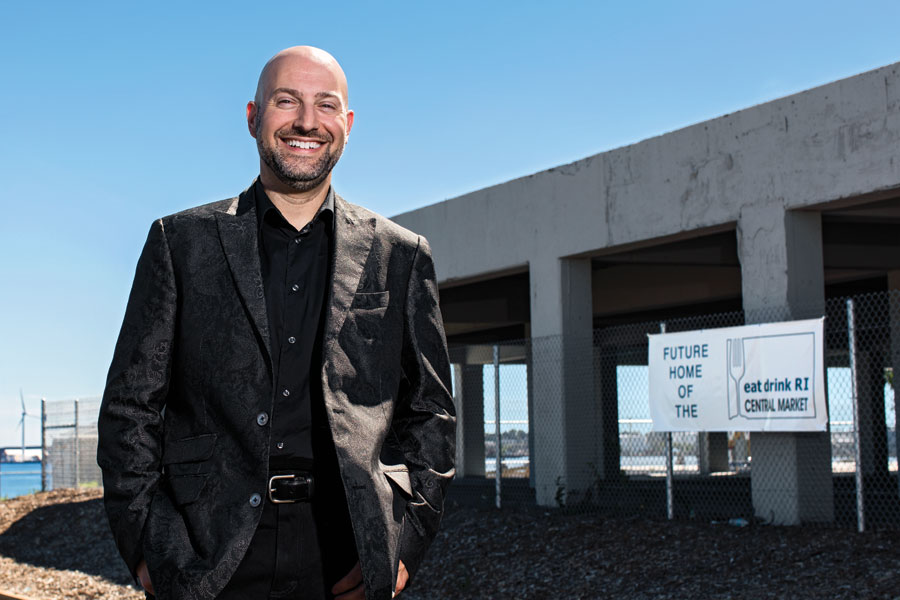 David Dadekian is a 2014 fellow. Photo by Jesse Burke.

Do you have a big dream for Rhode Island, but lack the time and money to execute it? Consider this your meant-to-be moment. Rhode Islanders are invited to apply for $600,000 in seed grants through the Carter Fellowships for Entrepreneurial Innovation at the Rhode Island Foundation. The deadline for the one-page application is Tuesday, Dec. 19.

The Fellowships will be awarded to up to three innovators who come up with the best potential solutions to meet Rhode Island’s challenges. This year’s awardees will receive up to $200,000 over four years to test and implement their ideas. The grants are made possible through the generosity of philanthropists Letitia and the late John Carter.

Past winners include 2014 recipient David Dadekian of Eat Drink RI, who is continuing his efforts to bring the Eat Drink RI Central Market to Providence (Read more about that project here); 2016 recipient Ditra Edwards, who created SistaFire Rhode Island –  a statewide network for community engagement for women of color; and 2015 recipient John Haley, who founded Aqualine LLC, to strengthen the local shellfish economy through reintegrating blue mussels into Rhode Island waters.

“You have brilliant ideas, you have something you have been twiddling with, you see something important that needs to be addressed – because if we all begin to really look at our own innovation, the state is going to be better,” says Edwards in this video.

Without the time and funding, many great ideas would not be able to come to fruition. “This program enhances our state’s reputation as a place of innovation and resourcefulness,” says Neil Steinberg, the Foundation’s president and CEO, in a release. “We thank the Carter family for having the vision to inspire bold thinkers to bring their best ideas to life.”

The press release states that “proposals will be evaluated on whether there is a new, novel or re-energized approach that has not been tried meaningfully in Rhode Island; the potential benefits to the state, and the degree to which the proposed outcome is achievable, among other factors.”

Only individuals are eligible, and the applications will be reviewed by a panel of judges, who will also meet with the fellows every six months over the four years of the fellowship to measure progress. Applicants do not have to be residents of Rhode Island, but they must commit to living in Rhode Island during the four-year duration of the Fellowship if selected.

The one-page application is posted on the Foundation’s website. The Foundation expects to announce the recipients in April 2018.

Inside the Mind of Culinary David Dadekian