It wasn't all fun, bonbons and sky-high hair for the notorious French queen.

I'd be friends with Marie Antoinette. And not just because I'd like to eat macarons all day at Versailles.

Indeed, the French queen spent and spent and spent as her subjects starved. Her excess flamed one of the bloodiest revolutions in history. In 1793, she was beheaded by the very people her husband, Louis XVI, taxed without mercy.

But despite the grotesque income inequality of the time — of which a modern audience can surely relate — I'm on team Marie. In Sandra Feinstein-Gamm Theatre's latest production, the revolutionaries, not the aristocrats, are the bad guys.

Playwright David Adjmi’s take on the doomed monarch is more multifaceted, and digs deep to remind us that, yes, Marie Antoinette was a queen — but she was also a person. She longed to bear children and for her pastoral homeland in Austria, and for years she was trapped in a sexless marriage in one of the filthiest cities in the world. (Don't believe me? Watch "Filthy Cities." You can practically smell the tanneries through the screen. Not pleasant.) She filled her voids with fashion, food and elaborate wigs.

Adjmi's Marie Antoinette, onstage now at the Gamm in Pawtucket and directed by Rachel Walshe, is equal parts playful and achingly sad with, thankfully, minimal gore and zero onstage beheadings. There is a bloodthirsty sheep, though. 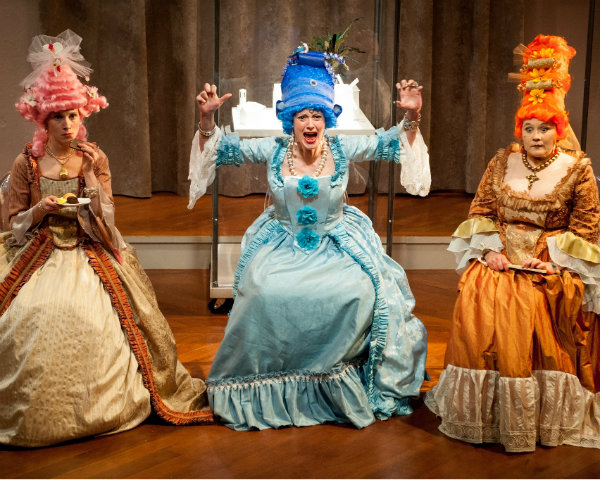 Madeleine Lambert is just brilliant in her role as Marie Antoinette. She growls when she's angry, she has a filthy mouth, she uses big words without knowing what they mean. Her husband is more of a wet dishrag than a king or lover; she thinks he's pathetic, and she tells him so. Lambert aces the hilarity of the first few scenes — often alongside frenemies played by Amanda Ruggiero and Casey Seymour Kim — as well as the gut-wrenching depravity of the final one, in which her son, played by the sweet Phineas Peters, is torn from her arms. 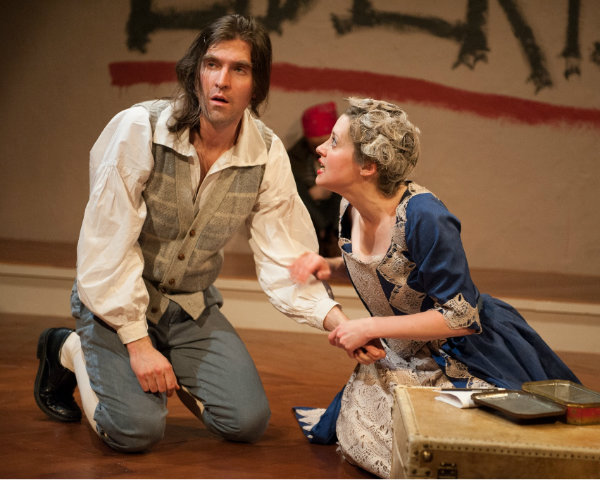 I'd like to talk more about the wet dishrag. Actor Jed Hancock Brainerd nails his role as the cowering King Louis. He certainly looks the part — cockeyed wig, rumpled clothes, socks rolled down — thanks to great costume design by Marilyn Salvatore. Brainerd's Louis is delicate, unsteady, childlike, even, and prefers to tinker with clocks than rule his country. He's the perfect foil to Lambert's feisty Marie, as well as the other male characters in the play, including Louis's handsome and confident friend, Axel Fersen (Tony Estrella) and Marie's intimidating brother, Joseph, the king of Austria (Jim O'Brien). 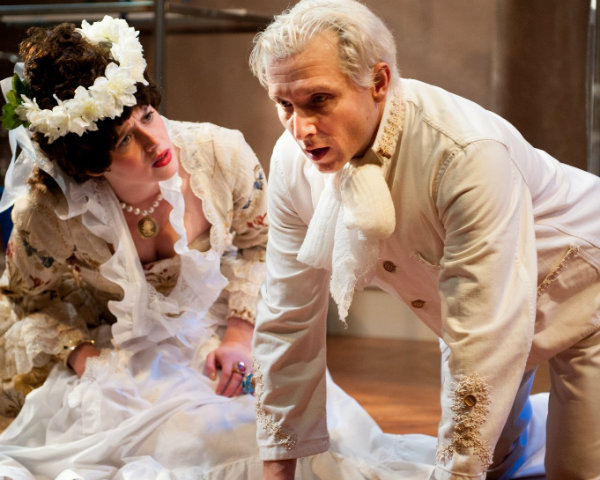 It's important to explain here that after too much time at Versailles, Marie starts to hallucinate, harboring visions of a pastoral castle complete with its own talking Sheep. The Sheep, played by Alec Thibodeau, is creepy. Thibodeau is head-to-toe white: hair, face, clothing. He's sweet to Marie, at first, but any keen audience member can see there's something unsettling about this imaginary farm animal. The Sheep offers an element of surprise to a story we already know so well, and he goes out with a bang. Without giving away too much, let's just say the sight of blood on the mouth of a pale white man-sheep sticks with you for a long while. 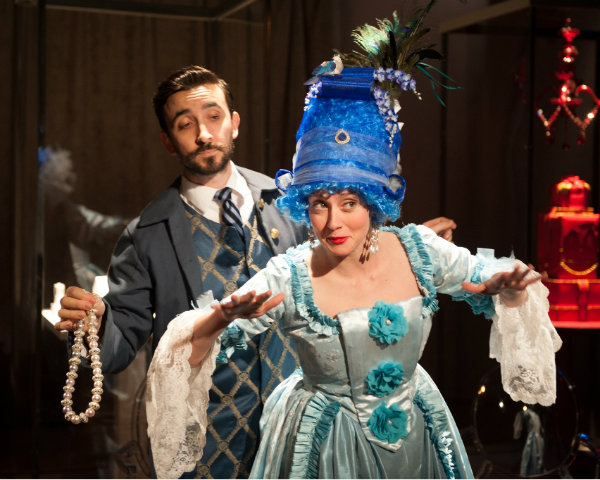 History has pointed the finger at Marie Antoinette and King Louis as the true antagonists, wasteful and oblivious to the needs of those they served. Off with their heads, and good riddance. But in Adjmi's version, the bad guy — or, at least, the guy who makes you feel more uncomfortable than the creepy Sheep, a true feat — is the revolutionary. The freedom fighter. Actor Mycah Hogan is ruthless as Marie and Louis's guard during their imprisonment (he also plays Marie's dressing attendant at Versailles). It speaks to the attitude of the movement, to which one man and one woman mean so little. But it works against Adjmi's mission to expose the humanity in France's most hated rulers, Marie in particular.

Sandra Feinstein-Gamm's Marie Antoinette is onstage now through May 31. Tickets are $41 to $49. For more information, call the box office at 401-723-4266 or visit gammtheatre.org.