The Middletown winery (and now brewery) will serve made-on-site wine and beer. 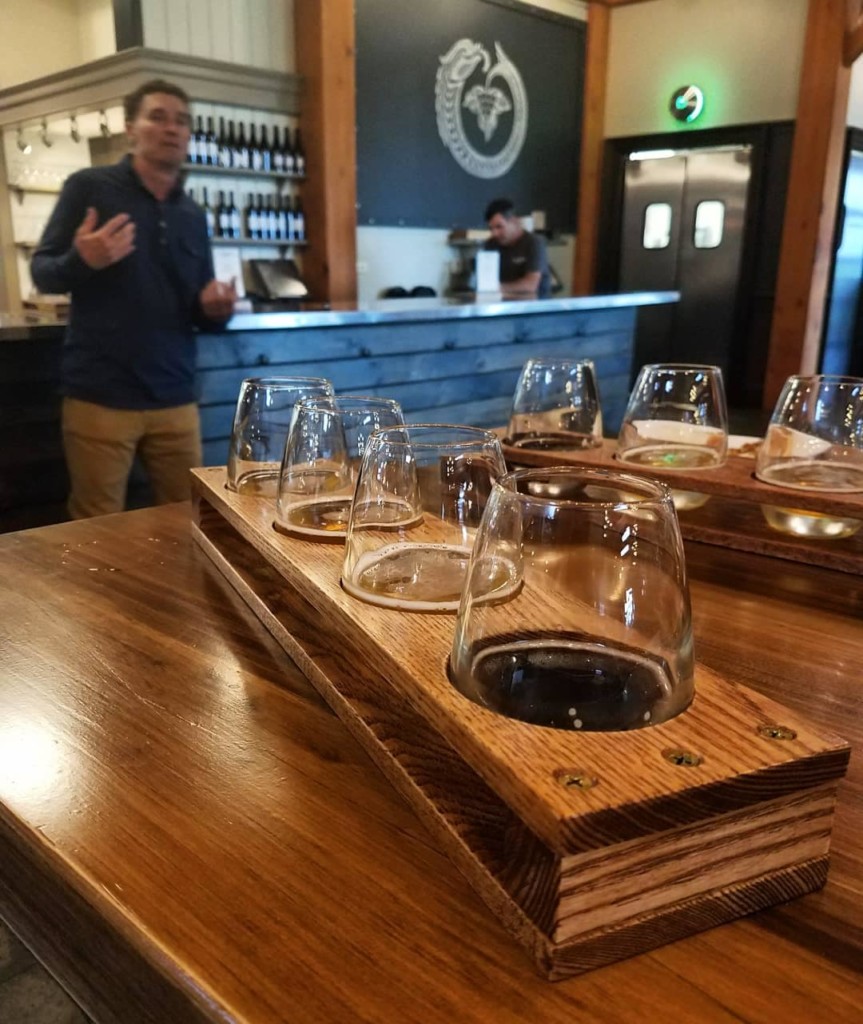 Newport Vineyards is now serving fresh-from-the-farm wine and beer. The Middletown winery opens its new brewery today, Taproot Brewing Company, pouring made-on-site IPAs, pale ales and a porter. Today’s launch party is sold out, but they will be pouring to the public starting on Thursday, June 21.

Last week, we got a sneak peek inside the industrial chic brewery space, which is located where the winery’s cafe used to be. Steel fermenters can be seen through the windows on the left while a giant bar stands in front, and there are plenty of high-top tables with bar stools and large tables to the right that are suitable for big and small groups alike. 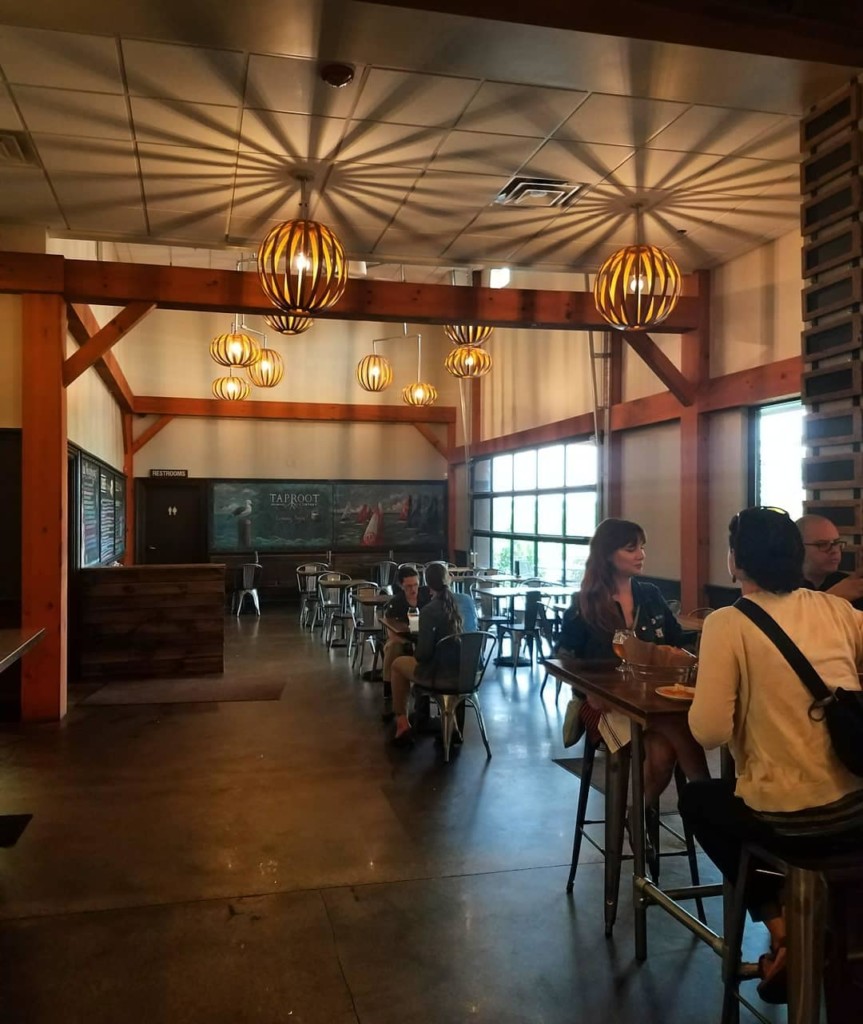 The interior of Taproot Brewing.

Owner John Nunes was on hand to talk about Newport Vineyards’ latest expansion. “Welcome to Taproot Brew, what we’re calling an expansion of our roots,” he says. “After having some fresh beer over the last couple of years and seeing what’s happening with the business, I was ready to have some fun.”

The brewery rounds out the farm experience at the vineyard. Taste the wines made with the grapes that are grown in the fields, dine at the restaurant that sources ingredients from local farms, and now visitors can sip beer that’s made on-site, too. “We are embracing what’s going on here on Aquidneck Island with the farming operation and growing grapes, as well as the whole farm-to-table experience with the food and wine, and now the beer,” says Nunes.

Although Nunes has been brewing beer since he was twenty years old, he needed some assistance when it came to launching a full-fledged brewery. He hired Jeff Goodno from Good Knows Beer Brewery Consulting to help with the buildout design, ordering equipment and starting lineup of beers. Goodno has experience at Victory Brewing and a handful of Maine breweries, and Nunes tapped into his expertise while getting Taproot off the ground. They’ve also hired a brewer who will take over operations once Goodno’s contract is complete.

The brewery plans to keep five to nine brews on tap at a time. So far, Taproot is offering an American pale ale, a few variations on India pale ales and a porter. The brewers will experiment with hops and malt as they get more comfortable with the equipment and space. “We knew we were going into summer, so we wanted drinkable, approachable brews, and not big monster beers out of the gate,” Nunes says. 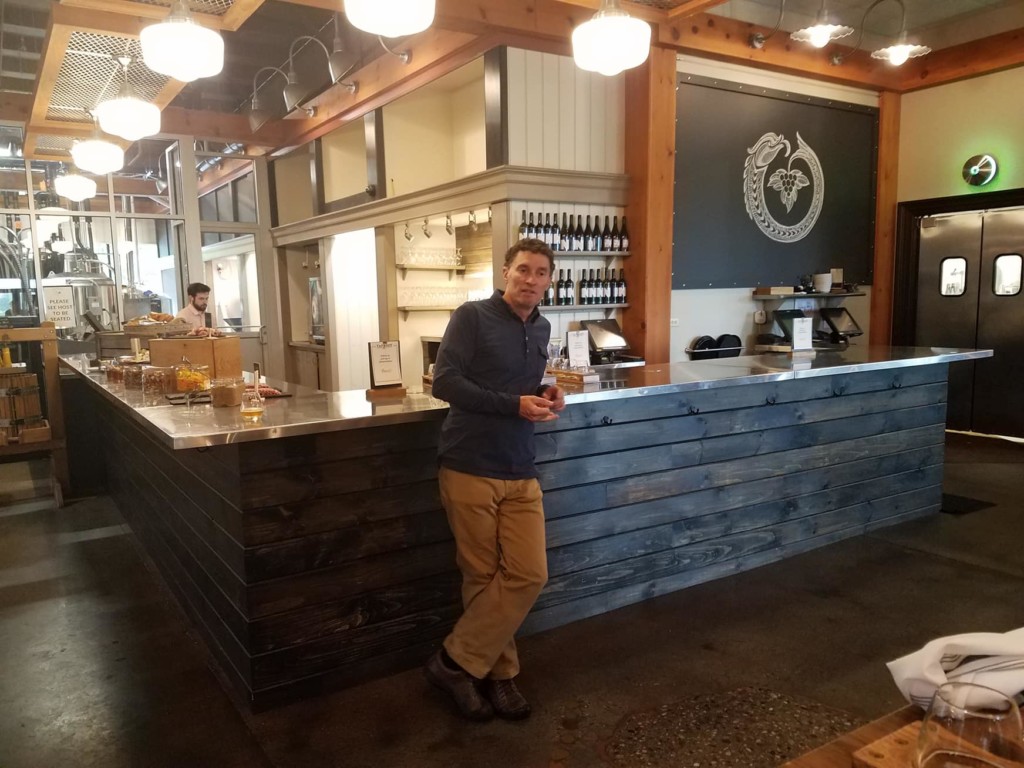 Guests will also have bites to eat alongside the brews. Andy Teixeira, the executive chef at Newport Vineyard’s restaurant, Brix, has also created a beer food menu with choices like pretzels, charcuterie, sausages, stuffed empanadas, freshly fried potato chips and beer cheese dip made with Taproot’s IPA, Narragansett Creamery cheese and house-cured bacon. “I got hired here as a chef and it was a winery, and that was really cool, and then John gave me a brewery for Christmas,” says Teixeira with a laugh. “As a chef, I get to play with all of this. The beer matching up with the food and wine is bringing it all together.”

The vineyard gets most of its ingredients for the restaurant from area farms, and now the spent grain from the brewing process goes back to the farms for animal feed. Both Simmons Organic Farm and Garman Farm in Middletown have received the spent grain. “The Garmans say their chickens won’t eat anything else, and we get the eggs and the cheese from the goats,” says Teixeira. “It’s a great circle of life for us.” 909 East Main Rd. (Rte 138), Middletown, 401-848-5161, newportvineyards.com 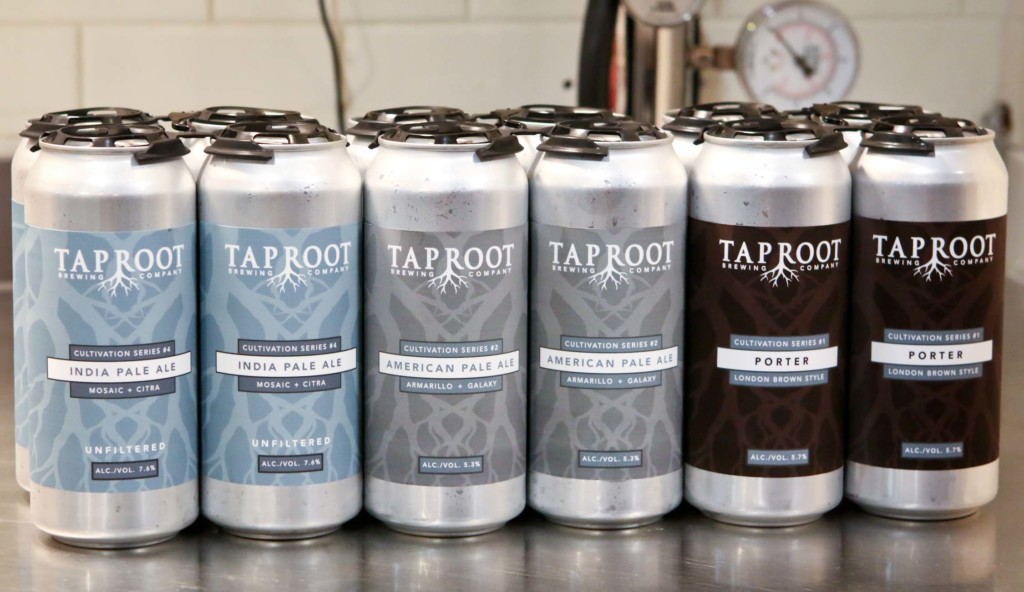 Taproot will soon have cans available for sale at the brewery. Photo by Meredith Brower.