The Dish: Crazy Milkshake Q-and-A with Kaffeology in Newport

From outrageous milkshakes to coffee and pastries, the cafe offers something for everyone. 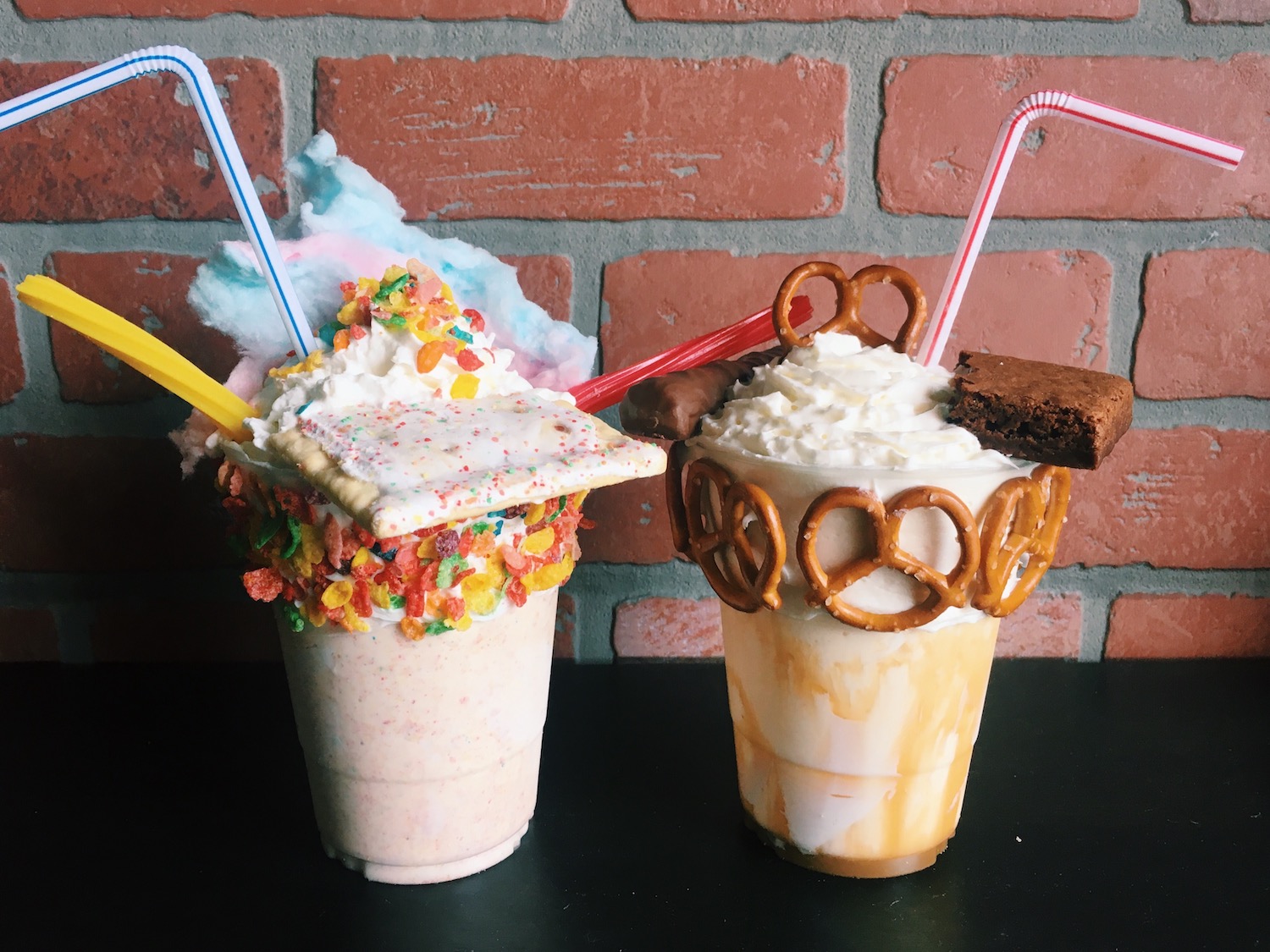 After an unexpected escape from the wrath of Hurricane Irma, and with a little bit of luck and a lot of determination, Andreea Marin has opened Kaffeology in Newport. The café, located on Thames Street, offers a little bit of everything for everybody. From outrageous milkshakes and coffee and pastries to breakfast sandwiches and beyond, the industrial, art gallery-like space provides a wide variety of goodies for locals and tourists alike.

What made you want to open a cafe? Why Newport?

I have wanted to open a cafe since I was younger. When I was five years old, I would make myself french fries and pull up a chair right next to the stove. Cooking has always interested me. However, I ended up heading to school to become a doctor. I would always say, “After I become a doctor, I’ll open a cafe.” But then I thought, “Why don’t I do what I love and follow my passion and open my own cafe?” It was really hard when I first started out because I wasn’t sure how I would accomplish it or where I would do it.

I moved to Florida and lived there for about six years. I was going to open my own place down there. My parents even put a deposit down on a house to be down there with me. They packed up everything, came down during the inspection period of the house and well, it turns out, it completely failed inspection. So, on the last day, my parents pulled out of the house and drove back home. That same week, Hurricane Irma was supposed to hit. I planned on just hunkering down and waiting it out, but my parents bought me a plane ticket to Rhode Island. Once I got up here, one of my friends who is a business consultant for Subway said, “I think I have a cafe location for you.” When he told me it was at the Subway location on Thames Street, I knew I had to check it out. I had printed out my portfolio and everything I wanted to do for the cafe, sat down with the landlord and owner of Subway (which was still running and selling sandwiches at the time), and they said to me, “Whenever you’re ready, just let us know and we will shut Subway down.” They loved the concept, and at that point I realized I was moving back to Rhode Island. Within a month and a half, I was up here doing construction on the cafe. It was just all meant to be.

What kind of outrageous milkshakes do you make? Do flavors change based on seasonality?

I have always loved painting and creating things with my hands. My grandfather was an artist who taught me everything I know. I thought, “What better way to bring together something fun and cool looking, and combine it with something that people like to eat?” The milkshakes are inspired by many different things such as memories or my family. The fruity pebbles one was inspired by my thirteen-year-old sister who wanted something other than a chocolate or espresso-based drink. She was involved in the making of that one! The fruity pebbles, salted caramel and s’mores milkshakes are here to stay, but we plan on rotating the flavors and including other flavors throughout the year based on each season.

Besides the shakes, what else can you order at Kaffeology?

We offer breakfast sandwiches, flatbreads, vegetarian options including a veggie wrap and so much more. Our lobster grilled cheese is extremely popular. We also make homemade chocolate bark and chocolate-covered Oreos. You can order a mini chicken pot pie too. There truly is a lot of variety at the cafe.

Tell me about the artwork on the walls.

I really wanted a cafe shop that would bring the community together, so I came up with the idea to include artwork. I posted online looking for artists in the Newport area to showcase their art on the walls of the shop. At first, I was worried that I wouldn’t have enough people wanting to contribute, but now, I have a lot of people emailing me and telling me that they are interested. I even have some artists sending me their work from Cuba. We sell all of the artwork that is displayed and can even ship it.

Do you have any future plans for the shop?

We just started serving pesticide-free nitro brew coffee. It comes from Church Street Coffee Company on Martha’s Vineyard, which sources [the beans] from a small farm in Costa Rica. We are going to be making nitro brew ice cream floats! So that’s two scoops of chocolate or vanilla ice cream with caramel or Nutella swirl, combined with either black or mocha nitro. During the month of July, we will also be making coffee snow cones. Plus, we have our doughnuts stuffed with ice cream. They are warm, glazed doughnuts with your favorite flavor inside. 359 Thames St., Newport, facebook.com/kaffeology