Two Brown University graduates and a goat farmer from the Cape worked together to produce a potent new brew taking the craft beer scene by storm.

What do you get when you put two Brown University students, a goat farmer and a bucket load of ginger together and let them stew? You get Farmer Willie’s Alcoholic Ginger Beer.

Farmer Willie’s tastes like a lighter, more refreshing version of the often eye-watering and throat-burning non-alcoholic ginger beer. Made with cold-pressed ginger juice, lemon juice and nutmeg, and at 4.5 ABV, it’s easy to down more than one. Plus it's all-natural and gluten-free. But what makes Farmer Willie’s truly impressive is the quirky story and people behind its conception.

Nico Enriquez and Max Easton – both graduates of the class of 2016 – are best friends and cofounders of Farmer Willie’s, and they have an odd couple complex about them. Enriquez is tall and smiley with dirty blonde hair swept in all directions. Easton has neat chocolate brown hair, a clipped British accent and a cosmopolitan vibe. The two banter amiably as they hunker down over sandwiches. 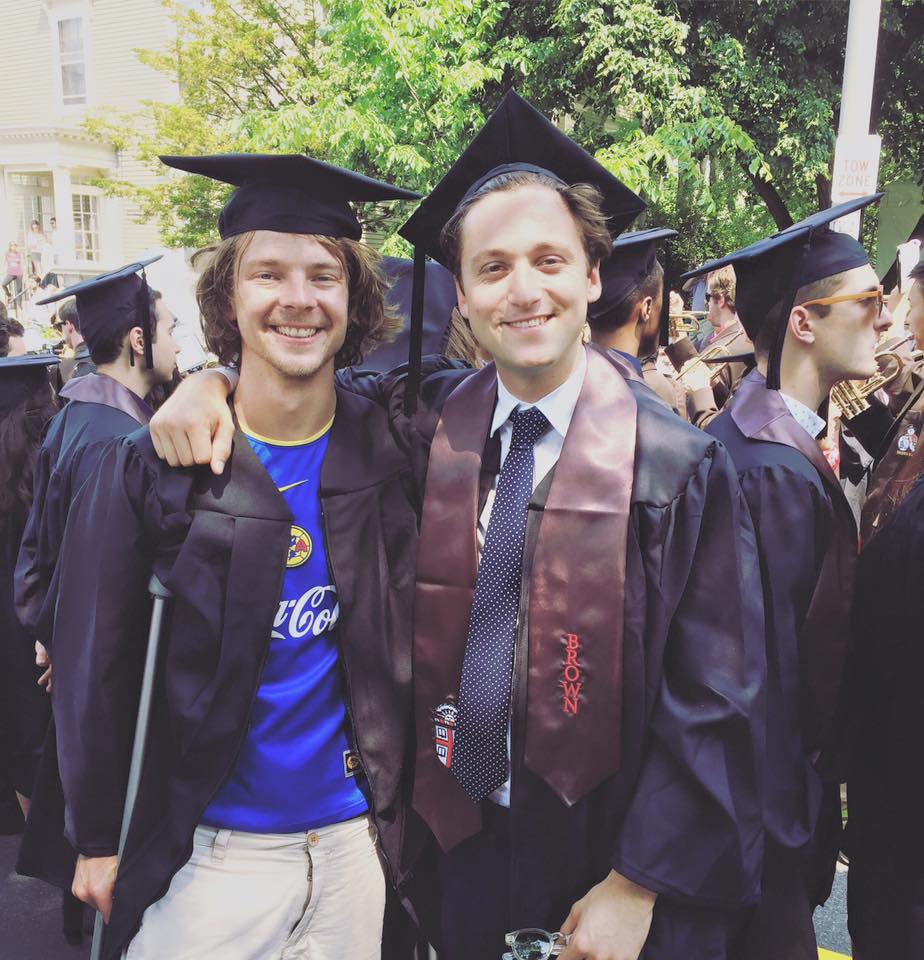 “The usual way I describe Nico is he has a golden soul,” Easton says. “If he has to be tough, he’s doing it for good reasons, because he cares. He’s very hardworking and dedicated, if slightly chaotic, but all for the right reasons. He’s the perfect business partner because he’s the opposite of me.”

Enriquez laughs before returning the favor. Dressed in a white linen shirt, he has the air of a hippie returned from Southeast Asia.

“Max is a lot better at details than I am. When there’s an experience or something that he sees potential in, he takes it on fully; there’s no half-ass jumping in the pool, it’s more like a cannonball,” Enriquez says. “The best metaphor for Max is he throws the best parties. It’s like here’s an opportunity to have a good time, I’m gonna organize it so it absolutely kills it. I’d say that’s how he does business.”

And what a party it’s been for the golden soul hippie and the cannonball Brit.

The Farmer Willie’s party originated with goat farmer Willie Fenichel who lives in Truro, Massachusetts, and whose home-brewed alcoholic ginger beer was renowned throughout the Cape. 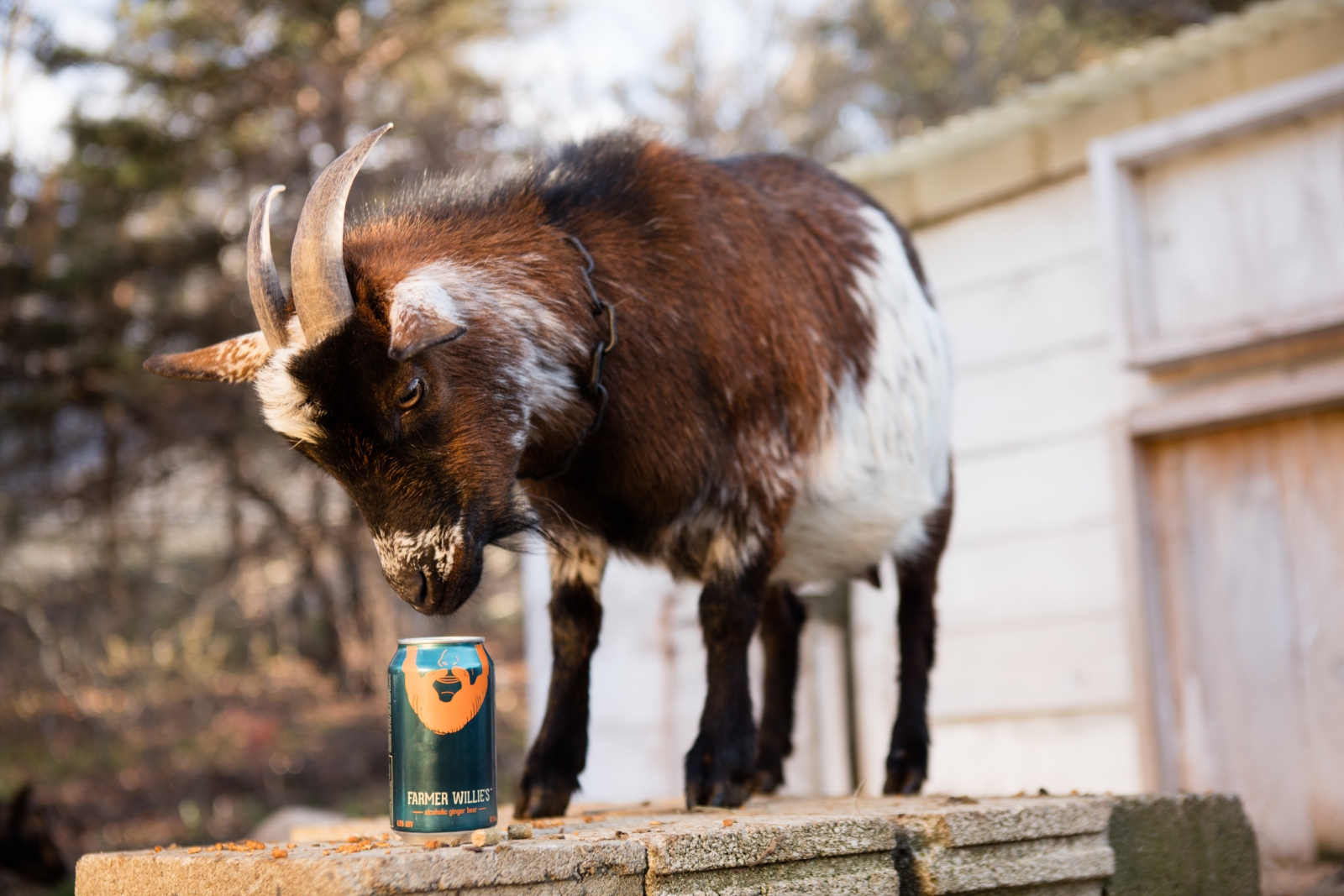 Enriquez was a sandy twelve-year-old playing volleyball on the beach when he first encountered the short, bearded farmer Willie.

“When I first met him, he was reading a Dostoyevsky novel on the beach and was just this total character, but very quiet and shy.”

But Enriquez’s goofy, gregarious personality eventually warmed through to Willie, and their families became close friends.

“They’d have dinners at their house, this whole community of people; they mentored me.”

It was in this environment where Enriquez first encountered Fenichel’s famous ginger beer.

“Willie was brewing the ginger beer and when I was a little older, he started bringing it out at the dinners and it was absolutely amazing,” says Enriquez. “I started telling him, Willie, you gotta sell this man! You gotta bring this to the world. I’ve always had the urge to try and build something.”

The building blocks stewed in Enriquez’s fevered brain until sophomore year, when he told his best friend and roommate, Easton, about this liquid gold.

“Sophomore year we were sitting in our dorm trying to figure out what the hell we were doing with our lives,” he says. “Max was trying to make a party app and I was kicking around other stupid ideas and I was like Max, there’s this ginger beer on the Cape made by a legend and it’s amazing. Why don’t we try it? And Max was like yep, I’ll do it.”

The unlikely formation of Farmer Willie’s reached feasibility when Enriquez applied for a grant from Brown aimed at nurturing entrepreneurship.

“We got it because we were the only non-tech company,” he says.

Easton adds, “Well, it’s like a Brit, a goat farmer and a guy from California but really from Boston make ginger beer….”

“And everyone else was making apps and websites,” Enriquez says, smiling.

The birth and growth of Farmer Willie’s included working with advisers at Brown and meeting with potential investors, exposing Enriquez, a cognitive neuroscience major, and Easton, a political science major, to something they weren’t even studying: business management.

Farmer Willie’s incorporated in June of 2014 and by the summer of 2015, they pitched their product and doled out samples to see what the response would be like. Their success far surpassed their expectations, but not without humorous hitches that tested the sapling brand. One particular incident included three Cuisinarts and a whole lotta ginger.

“For the first batch, we didn’t know how to get the ginger. We hadn’t found the cold-pressed ginger juice and puree. So, we stood for like thirteen hours and ground 350 pounds of ginger,” says Easton.

“We had three Cuisinarts. That’s all we had to grind them…” Enriquez says, “and one broke…and we would put the ginger in and the Cuisinart would jam three seconds in. So we got like an ounce of juice every time. Then we’d have to go over to the hose, spray it out, then do it again.”

“Our whole body hurt after because of the ginger juice,” Enriquez says. “It felt like Icy Hot was over every part of your body.”

“I remember sitting on the porch and Nico’s squeezing out the bags of ginger because we didn’t have enough juice. And he was like ‘a little more; a little more ginger juice!’ ” Easton says with a laugh.

Since the days of the doomed Cuisinarts, “a little more ginger juice” has turned into a whole lot more. 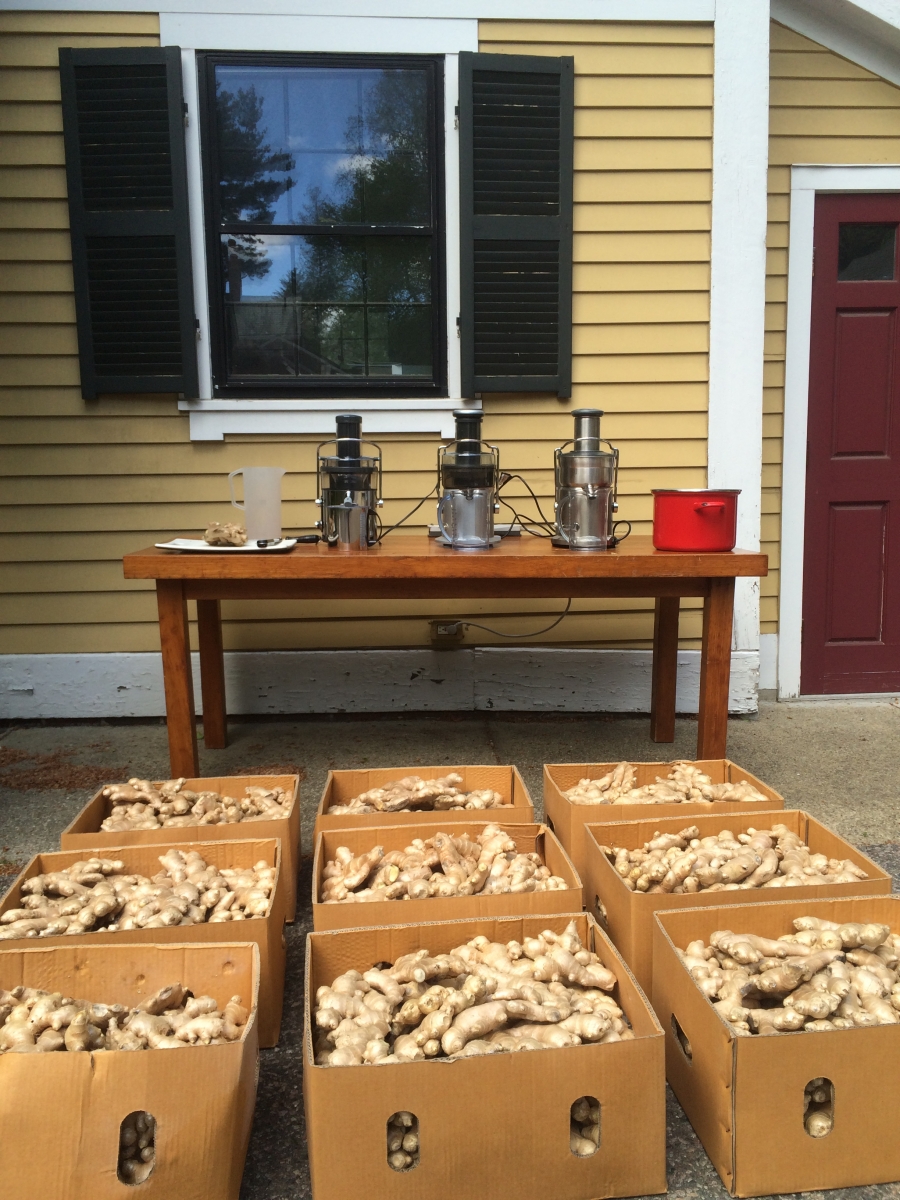 Today, Farmer Willie’s alcoholic ginger beer is up-and-coming on the craft brew market, with various distributors and backers drawn to it by its offbeat back-story and unusual taste.

This summer, they will produce 100,000 cans a month. The team has also raised $800,000 from investors and is working to expand, all while remaining as grassroots as they were when they grinded ginger by hand.

“The motto of the company is ‘ginger with soul,’ which was originally a ‘South Park’ joke, gingers don’t have souls,” says Enriquez. “We have that clean, quirky, funny cheekiness. But then with everything we do, we try to do it with soul. It’s about transparency and well-done integrity.” 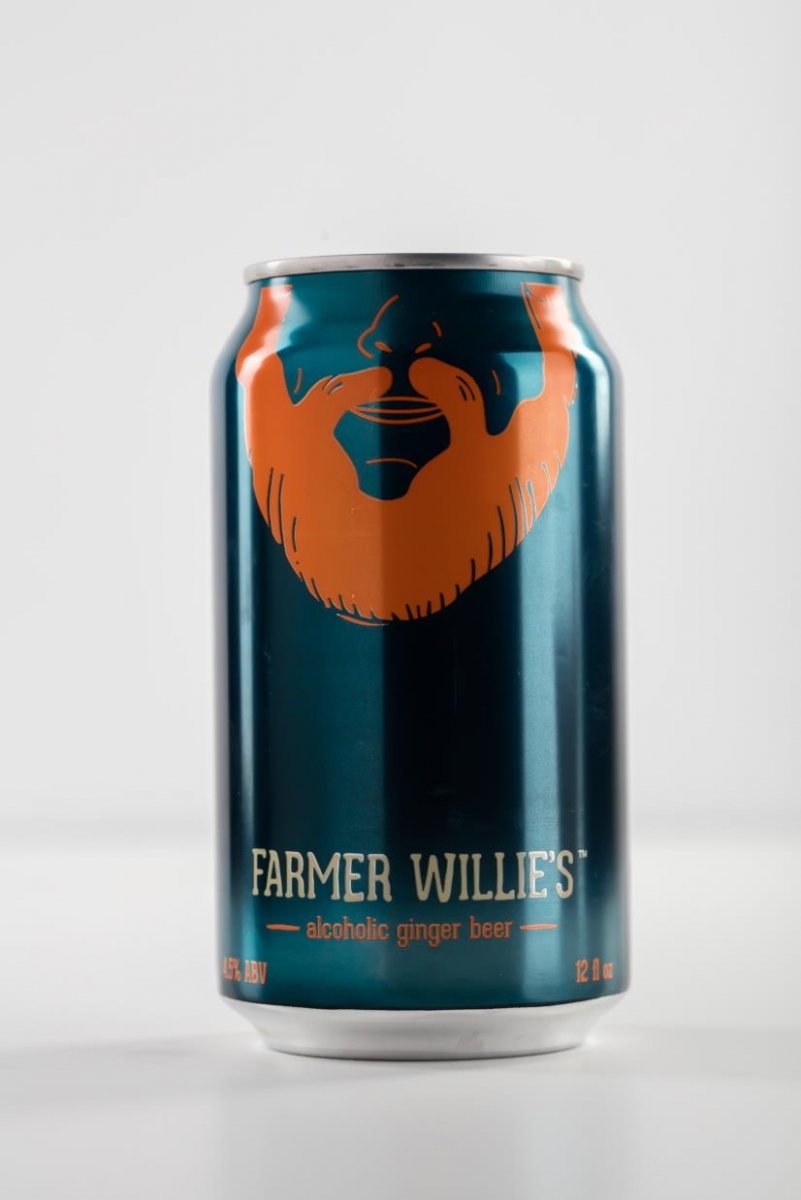