How to Survive A Rhode Island Traffic Jam

What to eat, listen to and do while you sit in miles of traffic. 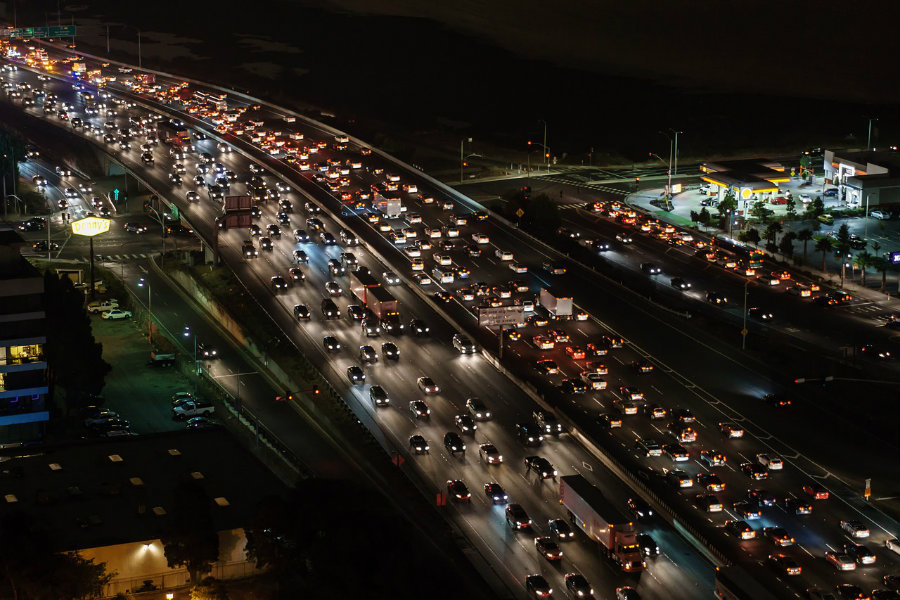 It’s 4:55 p.m. on a Wednesday. I get in my car and sigh. Before I left work, I checked the state of traffic going to my apartment in Riverside, a mere five mile drive that, on a good day, takes ten minutes. Google maps popped up on my screen crisscrossed in maroon veins with an estimated travel time of forty-five minutes.

My trek home involved going past the I-95 North ramp in a futile attempt to bypass traffic, but Allens Ave going towards Point Street was moving a centimeter every five minutes. The omniscient Google maps kept telling me that turning around, going back down Allens Avenue and getting on the clogged ramp would actually save me twenty-minutes. I complied.

How can you maintain a semblance of sanity in situations like this? Well, as an experienced commuter to Providence I’ve compiled a handy-dandy guide to avoid traffic burnout.

Check Google maps before you leave work. Yes, it is often said that ignorance is bliss, but it won’t be so blissful when you attempt to take a shortcut and find out that it actually adds twenty minutes to your time sitting in a metal box rolling on asphalt.

Have a traffic survival kit stashed in your car or pack it before work. Items can include but are not limited to:

An orange: You can dig your nails into in frustration and peel with some satisfaction as you sit stopped at a green light.

Lavender oil: Unscrew the cap and wave it around the air in front of your nose. It’s calming powers will release the tension in your face, even for a minute.

A stress ball: Or two, one for each hand. You won’t be using your steering wheel anyways.

A cooler with Ben and Jerry’s: ‘Nuff said.

What is appropriate depends on you. Personally, I like to turn the dial to 99.5 WCRB, the classical station. Chris Voss‘ voice is soothing and the music diffuses any rage you might have at the person who cut you off. Alternatively, if you want to vent your frustration, anything that’s dark, brooding and moody should do the trick. Below are two playlists, one calm and one for venting, for your enjoyment.

Step 4: Text your S.O. or roomie (if they’re home before you by some glorious act of God) and have them start dinner.

Yes, it’s a bit demanding but hey, they’re not the ones sitting in gridlock. Plus, by having food ready when you step in the door, they will avoid the wrath of the hangry demon/ness of the road.