The Beers and Tastings of Summer in Rhode Island

There are plenty of new brews to sample this season.

Our local brewers have concocted a bevy of distinctive and delicious beers to savor all summer long. Here are some easy-sipping seasonal suds available at stores and on tap statewide. 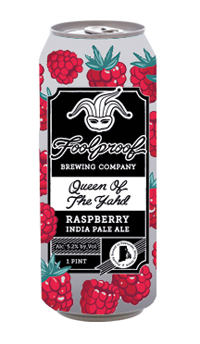 Pawtucket's a hotbed of warm-weather treats: Bucket Brewery’s Prudence and Patience Gose (4.5 percent ABV), named for the third- and fourth-largest islands in Narragansett Bay, is a pale wheat beer made with coriander and rosehips. It blends a little saltiness and citrus tartness with a hint of Czech Saaz hops. Foolproof Brewing Company’s Queen of the Yahd is an IPA (5.2 percent ABV) made with “a stupid amount of American hops” and raspberry puree. And Crooked Current Brewery will be mixing it up all summer long, with onsite-only tastings and growlers-to-go of Hawaiian Robust Porter (made with roasted cocoa nibs, toasted coconut and cold-brewed coffee), two wheat ales (American and raspberry), Strawberry Blonde Ale and Neapolitan Brown Ale, brewed with vanilla beans, cocoa nibs and strawberries. It’s better than ice cream.
Narragansett Beer has a full slate: The Del’s Shandy mash-up is back for its third go-round; Summer Ale has been rebranded as Summertime Citra Ale, with its namesake hop adding notes of citrus and passion fruit; and Town Beach Ale, a light IPA (4.7 percent ABV), will make its annual appearance in July. Savvy consumers should pick up the Clam Shack Summer Variety twelve-pack, featuring Del’s, Summertime and ’Gansett’s classic lager in the 1975 retro can (a.k.a. “the Jaws can”).
Newport Storm boasts its own delightful dozen. The Twelve Sheets to the Wind Seasonal Variety Pack includes Summer Hefeweizen, the flagship Hurricane Amber Ale, India Point Ale and a limited edition pilsner (exclusive to the twelve-pack), which the Storm crew notes has the “aroma of crisp green apple and lemongrass.” And drop anchor for Grey Sail Brewing of Rhode Island’s Hazy Day and Revival Brewing Company’s Night Swim’ah, a pair of Belgian wits (unfiltered wheat ale) made with coriander and orange peel (plus raspberries in Revival’s recipe).

The big beer event of the summer — the Craft Brew Races on July 16. A five-K road race is followed by a three-hour beer fest, which will feature goodies from more than thirty-five local and national breweries. Salute the runners then get your cheers on! Fort Adams State Park, 84 Fort Adams Dr., craftbrewraces.com

And don't forget to check out Rhode Island Monthly's Brew Brawl, where you can vote on your favorites from around the state.