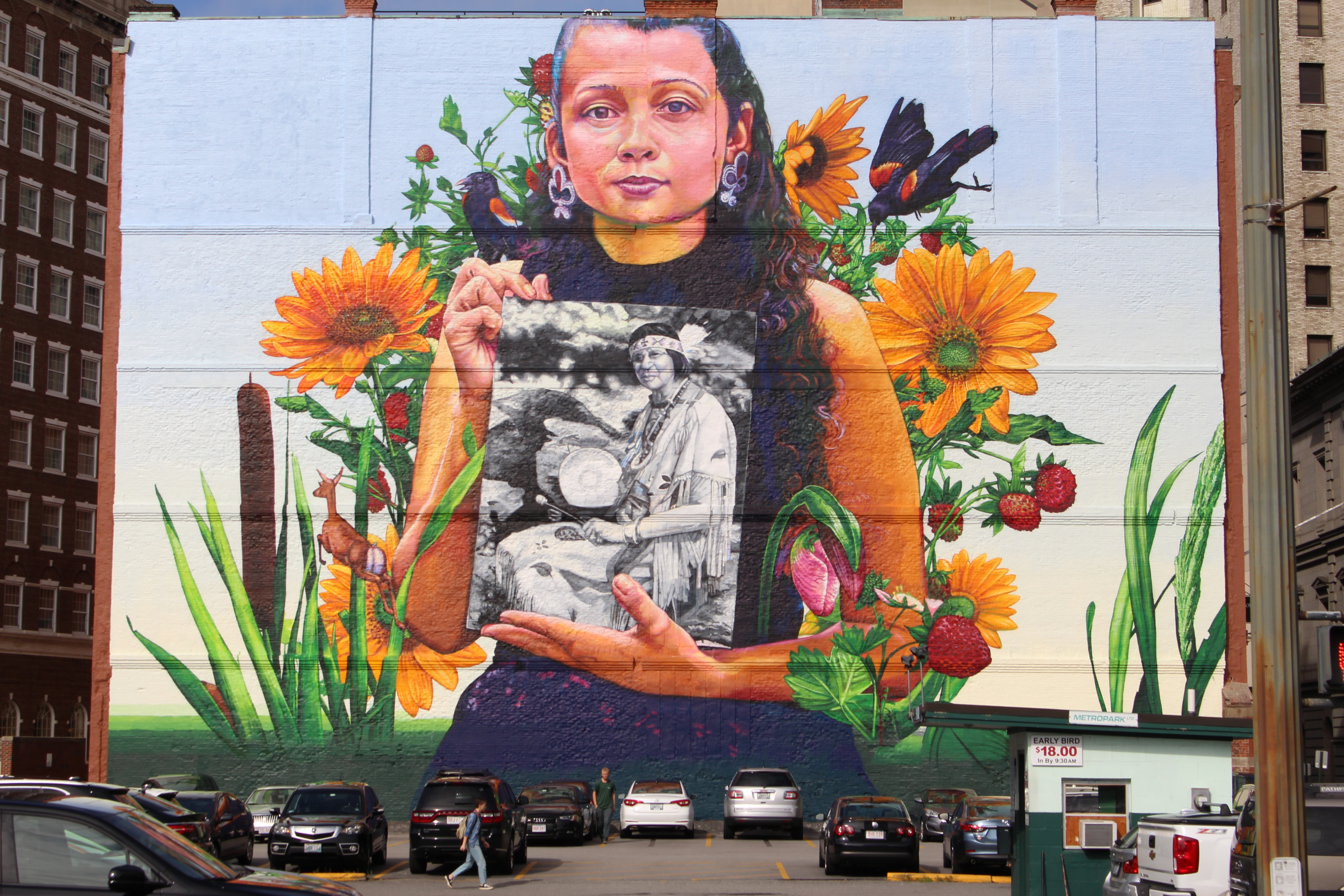 “Still Here” was painted by Baltimore-based muralist Gaia, in collaboration with the Tomaquag Museum. Photo by Courtney Dell’Agnese.

The Avenue Concept is back for another year with commissioned artists, and it’s going to be bigger than ever.

The vibrant, bold colors of the mural entitled “Still Here” stand in stark contrast against the brick buildings that surround it. Painted by Baltimore-based muralist Gaia, in collaboration with the Tomaquag Museum, the piece pays tribute to the indigenous heritage and peoples of the city. Pictured in the painting is Lynsea Montanari, a member of the Narragansett tribe and educator at the museum, holding a picture of Princess Red Wing, a Narragansett elder who founded the Tomaquag Museum sixty years ago. “Still Here” spent its first night in Providence by the WaterFire on September 11 and is now on full reveal to anyone who walks by.

A New Mural Debuts in Downcity