Oceans 97 is a nod to Green's jersey number, and the company produces frozen packaged shrimp with sauces that will soon be available nationwide at Walmart and Stop and Shop. 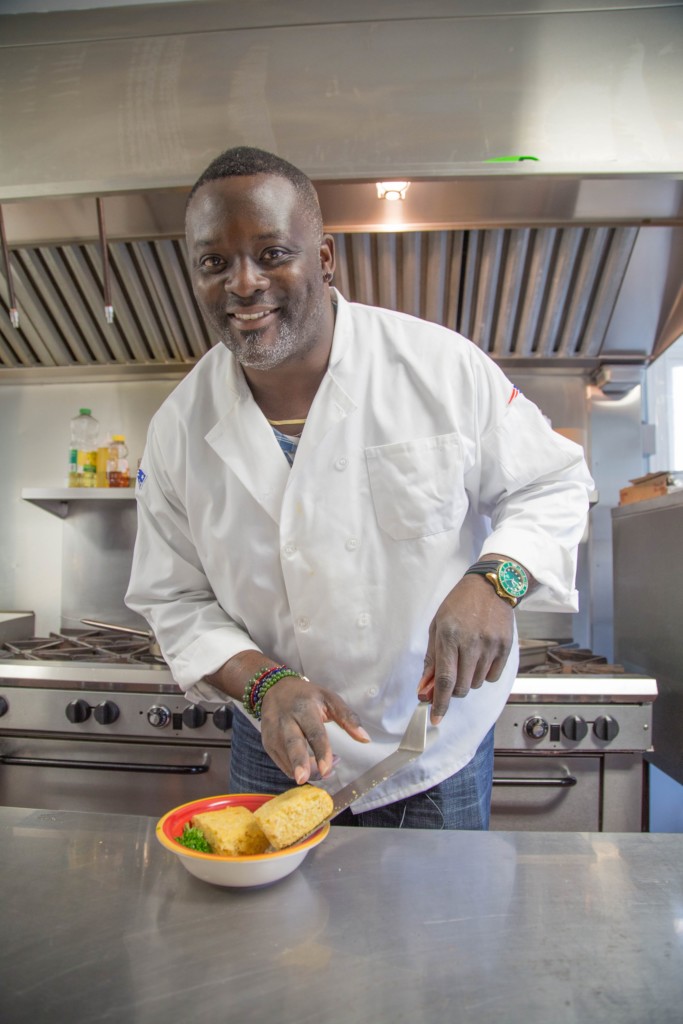 Jarvis Green has traded in his New England Patriots jersey for a chef’s coat. He owns his own shrimp company, Oceans 97 – a nod to his jersey number – which produces frozen packaged shrimp with sauces that will soon be available at Walmart and Stop and Shop. Before settling into this career, the former NFL defensive lineman dabbled in other jobs, including owning a restaurant in his hometown of Donaldsonville, Louisiana, and real estate and construction work, but he always wanted to be involved in business.

After retiring from the NFL in 2010, Green delved into the shrimp business two years later in the summer of 2012 when a friend asked him to help out his family on the Gulf Coast of Louisiana. Green was asked to lead shrimp sales in the Northeast for the family-run shrimp company because of his relationships in this area. As a former New England Patriot who divides his time between living in Baton Rouge, Louisiana, and Providence, he’s made a lot of contacts on the East Coast. “But I didn’t know anything about shrimp. He said they would teach me everything,” Green says. “I said, ‘That’s not a bad idea.’ ”

Green accepted a six-month internship to learn about the business from the ground up. “I was peeling shrimp in the factory, coming in at 6:30 or 7 a.m., sometimes 5:30 a.m., and I’d start peeling shrimp. I am talking about for hours,” Green says. “Hands getting beat up. The head of a shrimp is sharp like a pin. I started out de-heading shrimp, peeling shrimp and cutting shrimp for easy-peel, and I worked on the line for six months.” That experience led into a sales position with the shrimp processor and wholesaler, and he soon built relationships in the Gulf Coast shrimping community because of it.

Almost three years ago, Green launched his own shrimp company, Oceans 97. At first, he started selling shrimp to hotels, restaurants and universities, and distributing it through QVC and Dole and Bailey, based out of Woburn, Massachusetts. Locally owned Munroe Dairy also carries it for customers to purchase (under the Blue Bayou name) through the grocery delivery program. Now Green’s making his way into retail sales, hopefully in the next few weeks. “With Stop and Shop, I am going to have four flavors; New Orleans barbecue, pomodoro, coconut curry and red gravy. You can take it home, and it serves two people with wild-caught peeled shrimp,” Green says. “The shrimp is all cleaned. You just follow the directions on the bag and you can add pasta, rice, baked potato, salad, just be creative with it.” 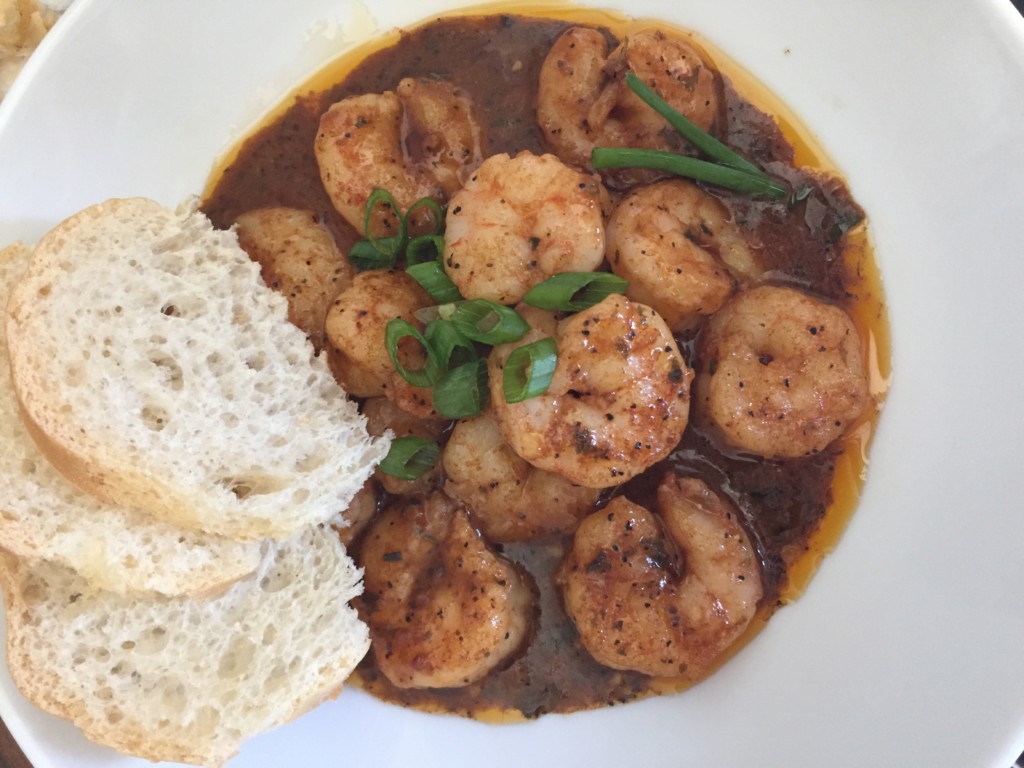 The shrimp is domestic, wild Gulf of Mexico shrimp, caught by US Gulf Coast fishermen and processed in Louisiana. “When I started processing the order for Stop and Shop, I went to the plant that does all my work, and I walked around –  it’s been tough for the shrimp industry the last few years, and really since imports came in – but you walk in and everyone has smiles on their faces, processing shrimp and making sauces,” he says. Oceans 97 has created dozens of jobs for the local economy, he adds. “They are bringing jobs back and that’s an A-plus across the board,” he says. “I love supporting local fishermen and families in Louisiana and bringing it up to New England for everyone to enjoy.”

Meet Jarvis Green in person at the Providence Boat Show, February 2-3 at the Rhode Island Convention Center. Green will be giving Sea to Table cooking demonstrations using his Oceans 97 brand of shrimp. In fact, Green isn’t attending the Super Bowl this year, so that he can be at the Boat Show showcasing his latest products. “I am going to be there in soul,” he says with a laugh. oceans97.com 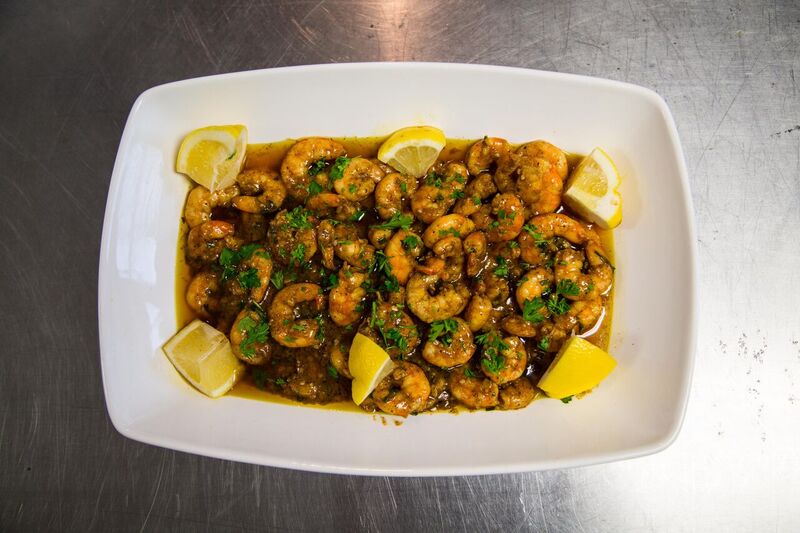 “When I grew up we would eat dishes like this over toasted bread but now I like this dish over cornbread. This recipe has both the sweet and savory tastes that I enjoy. ” – Jarvis Green

Combine the salt and black pepper, Creole seasoning and minced garlic in a large bowl.

Add shrimp and toss well until coated with seasoning.

Add butter to the pan and swirl until melted. Add chives and thyme and remove from heat.

Garnish with parsley (and sliced lemons if desired) and serve.

The Dish: Be Like Tom Brady and Eat Spirulina