Take a Skydive Over Newport

What it’s like to be flying at 10,000 feet before the parachute opens. 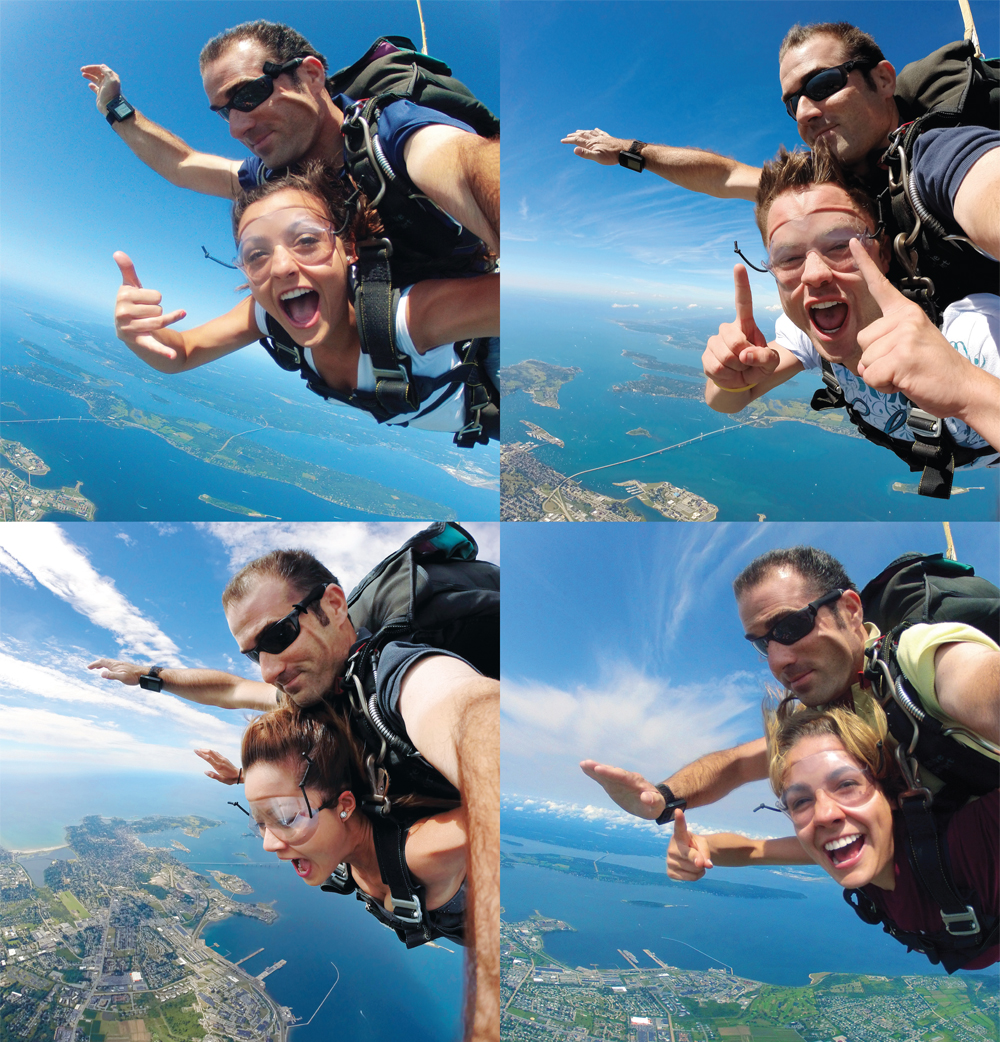 Nicky Sergi’s job is not for acrophobes. He’s jumped out of planes around the country and he’s spent the last half-decade working as an instructor for Skydive Newport. From April through October, they often jump seven days a week, from sunrise to sunset. Based out of Newport State Airport in Middletown, instructors show skydivers a brief instructional video before they ascend to the sky in a Cessna 182, upwind of the airport. “We jump at 10,000 feet and we open the parachutes right around 5,000,” Sergi says. First timers are typically apprehensive. “Usually that disappears once you leave the aircraft and people realize it doesn’t feel like you’re plummeting to your death. You don’t get that pit-in-your-stomach feeling. There’s a lot of wind and you just feel like you’re flying.”