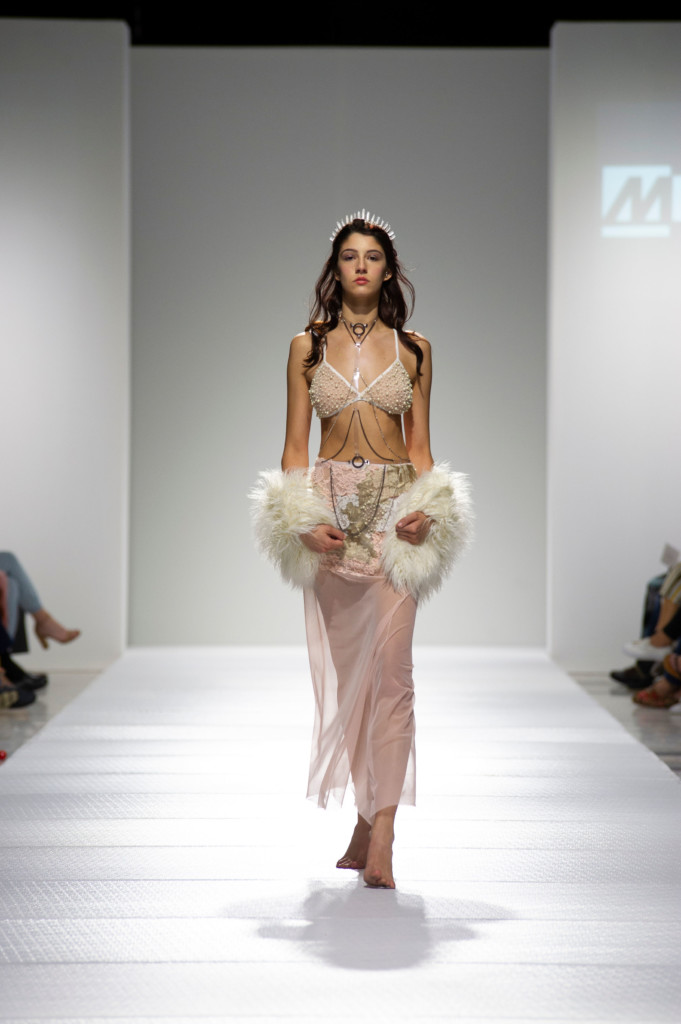 Night three of StyleWeek Season Fifteen showcased so many different genres of fashion, including romantic nightwear by Amy Lane, gender-bending looks by Christopher Sean, sustainable, ethnic-inspired prints by Born Again Vintage and some Parisian streetwear separates by Simone Simon. Take a look below to see some our favorite featured pieces from the evening.

We’re all going to have to step up our pajama game after seeing Amy Lane’s nightwear-inspired show under her label AMLN_Designs. The collection featured barefoot models and ethereal flowing looks in sheer, feathered, beaded and embroidered fabrics. Some on the unitards would be right at home on Beyonce as she performs at a full-capacity stadium. Let’s just say, these designs didn’t put anyone to sleep. 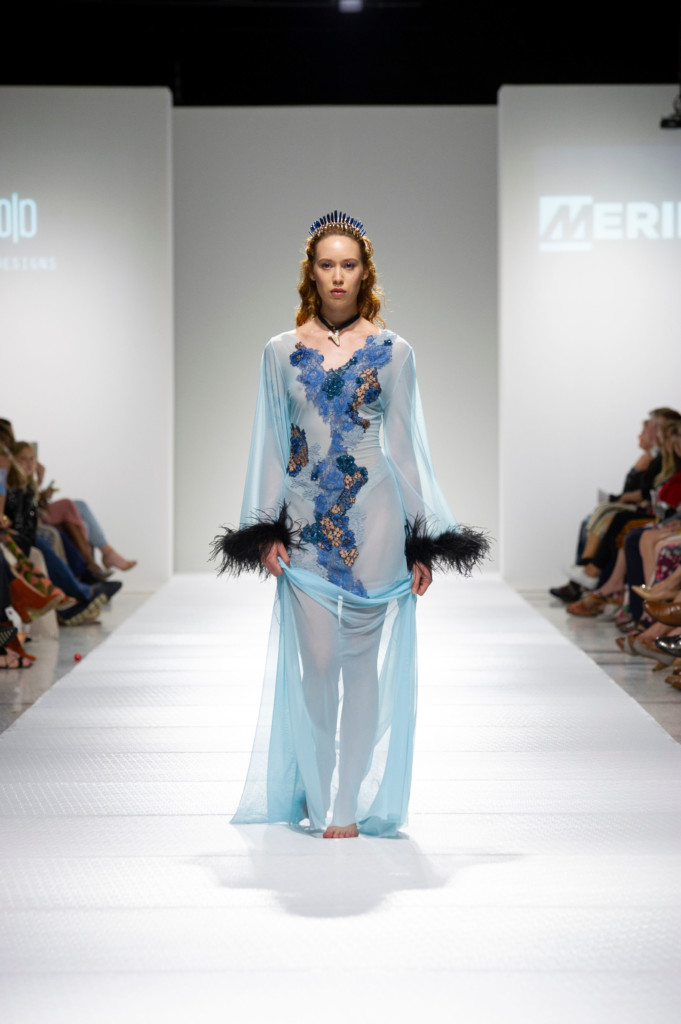 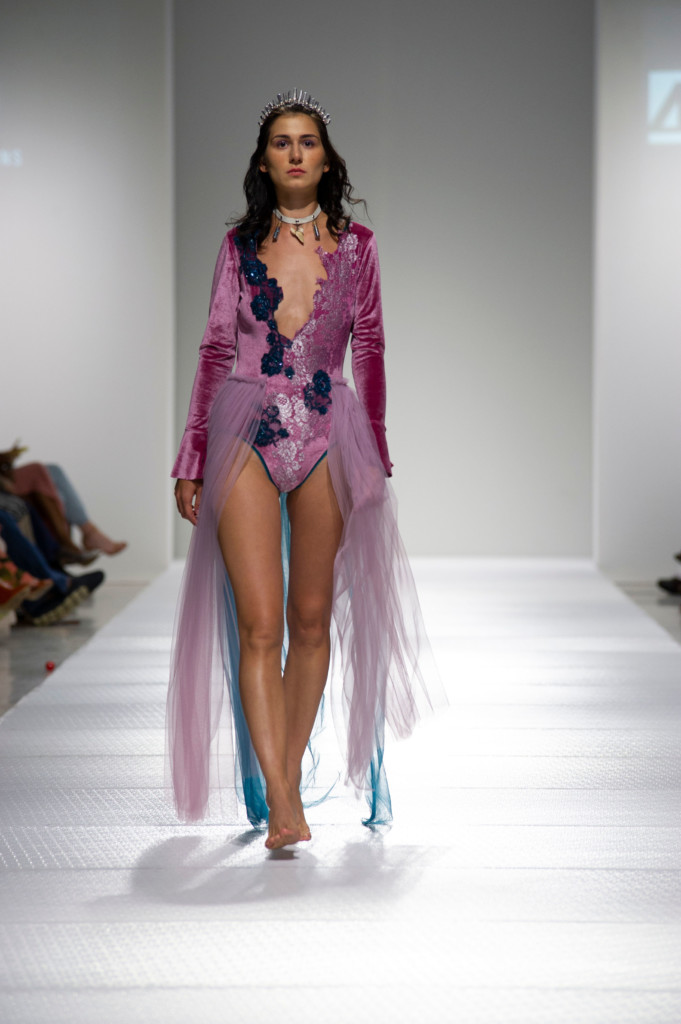 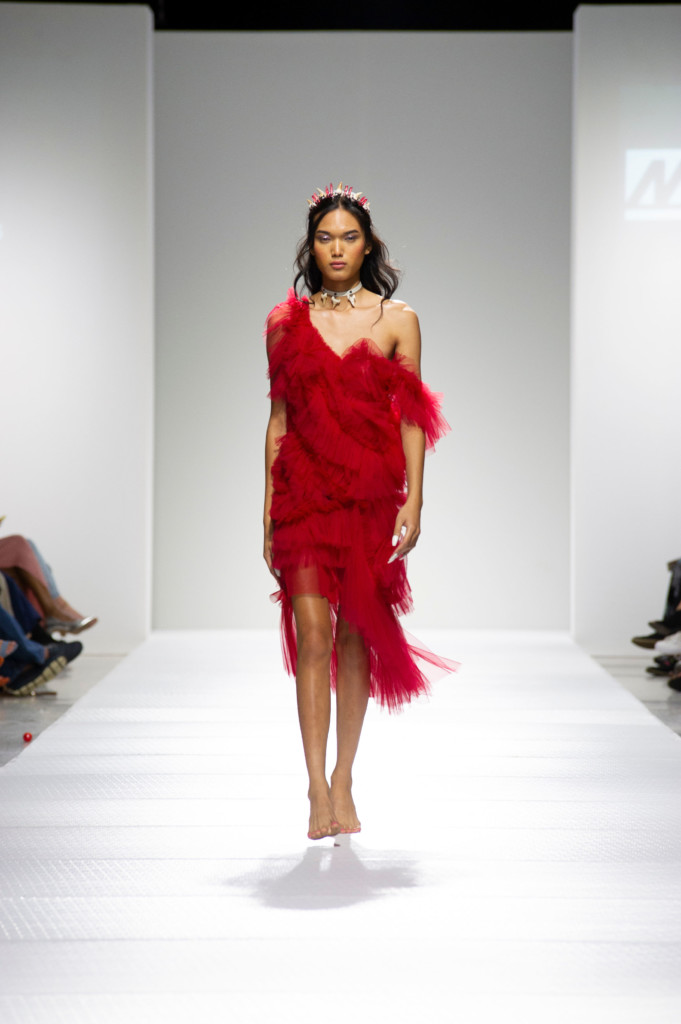 The designer started out as a StyleWeek intern, and now he’s producing his own collection for the runway. The gender-bending line features both feminine and masculine looks for all identities, which can be worn by anyone. The collection includes a romantic, royal blouse paired with short shorts, a metallic vest with chains and a floral, one-piece jumpsuit among other looks that are so unique, they create their own genre for style. 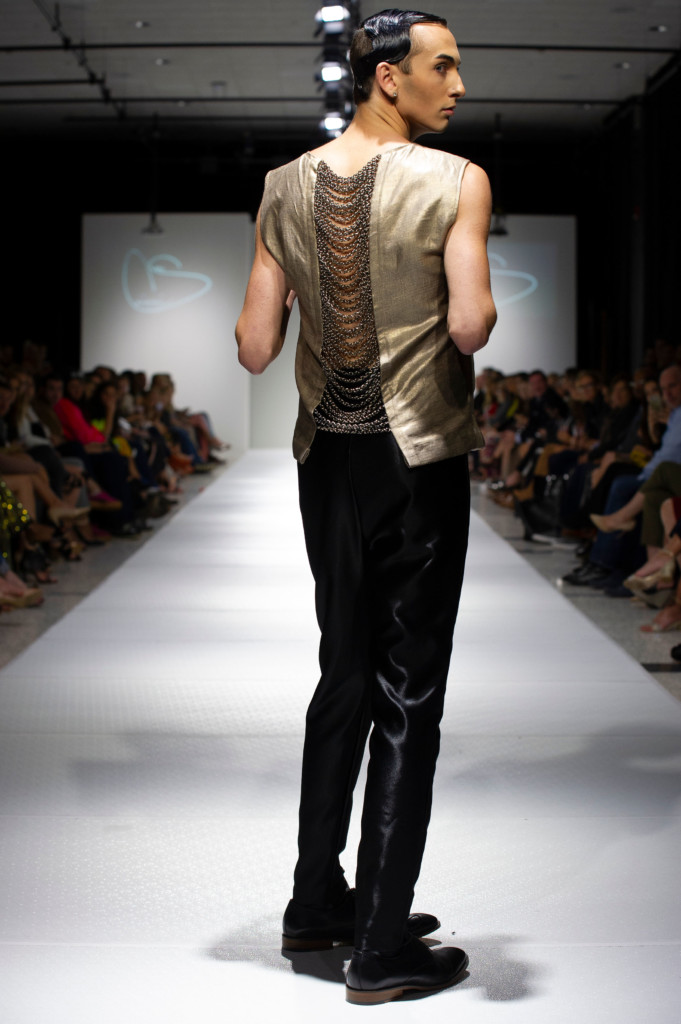 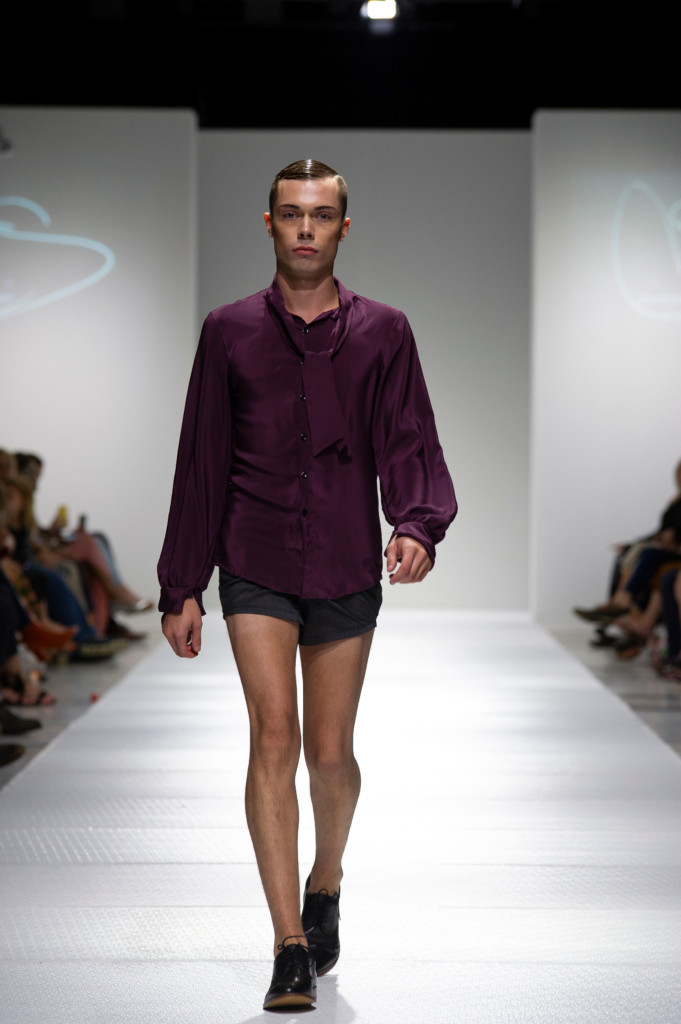 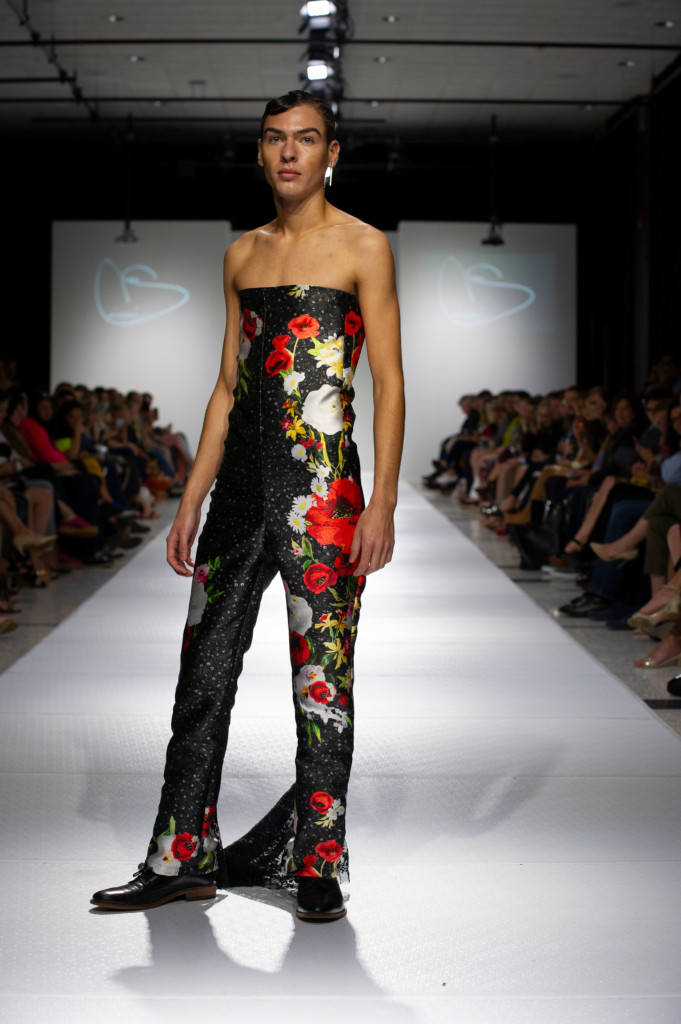 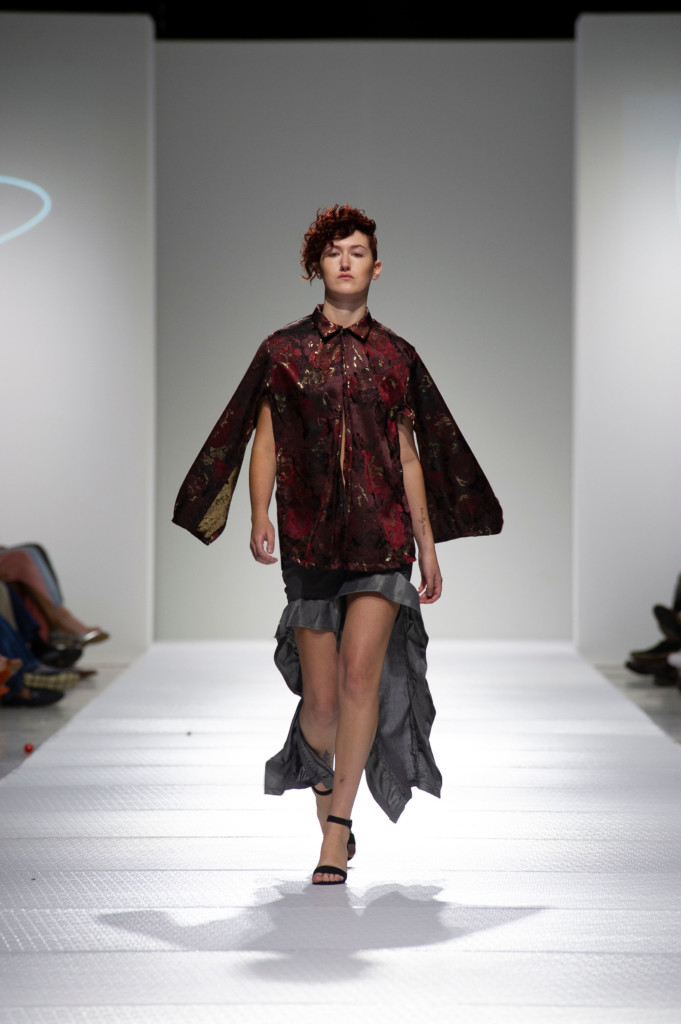 Fun prints and pops of color dominated the runway for Born Again Vintage’s show, designed by sustainable fashion guru Bridgett Artise. Vivid patterns were paired with vibrant solids to create eye-catching dresses, rompers, leggings and more. There is some African influence in some of the textiles the designer uses, often paired with unexpected sequins or cowl neck detailing. The Fashion Institute of Technology professor and designer recycles and reinvents clothing to create entirely new looks. According to her website, “Fashion gave her a second chance at happiness and success, and, in turn, she gives vintage garments that have lost their luster another chance at being fashionable.” 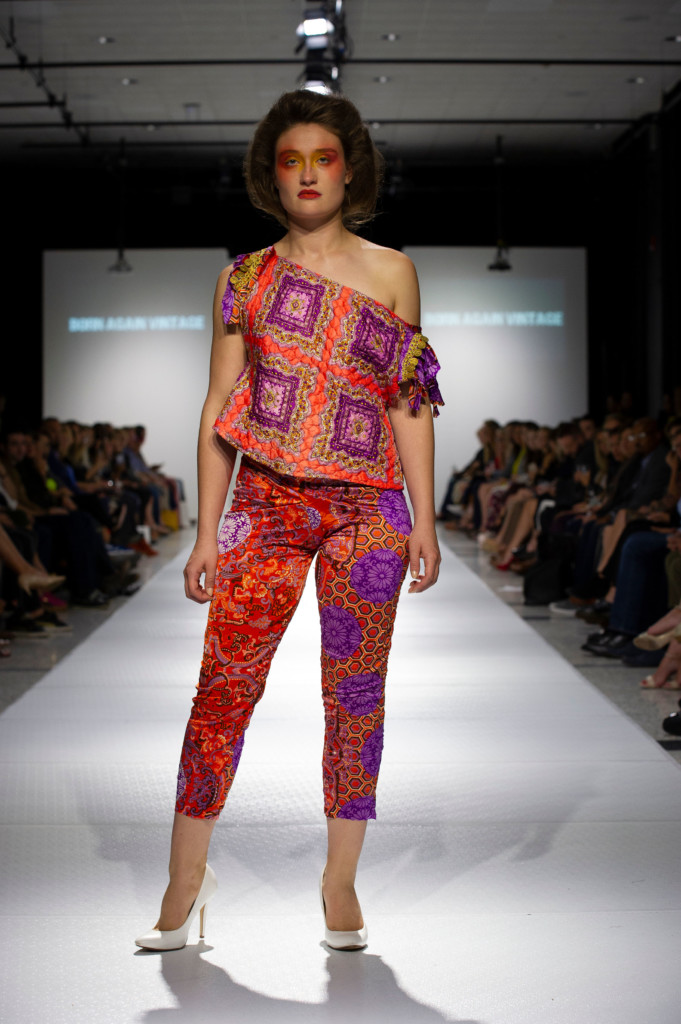 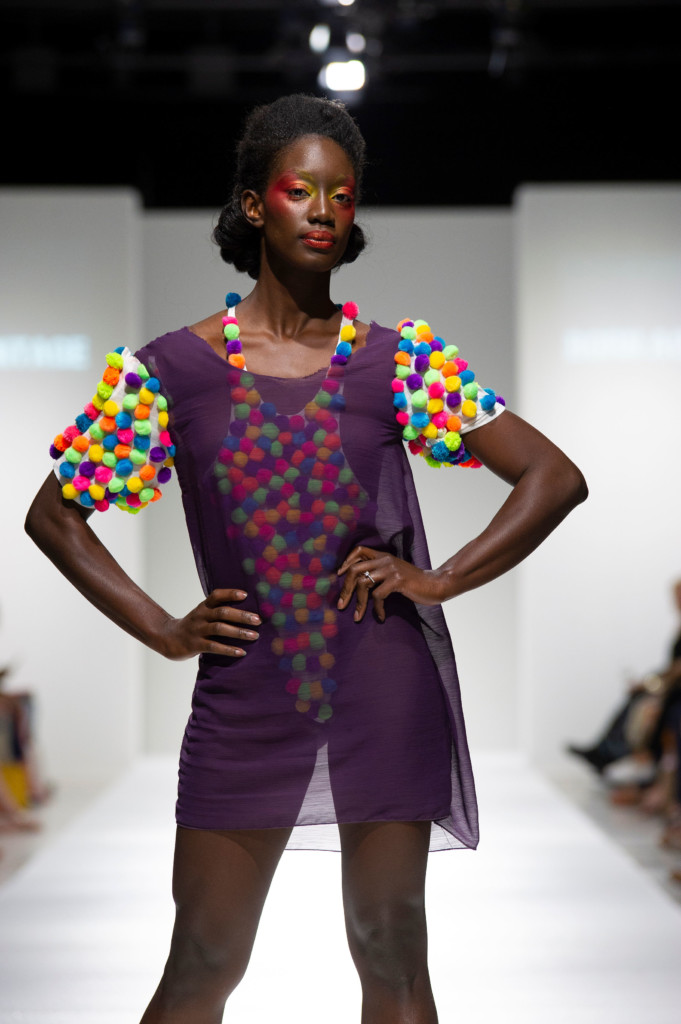 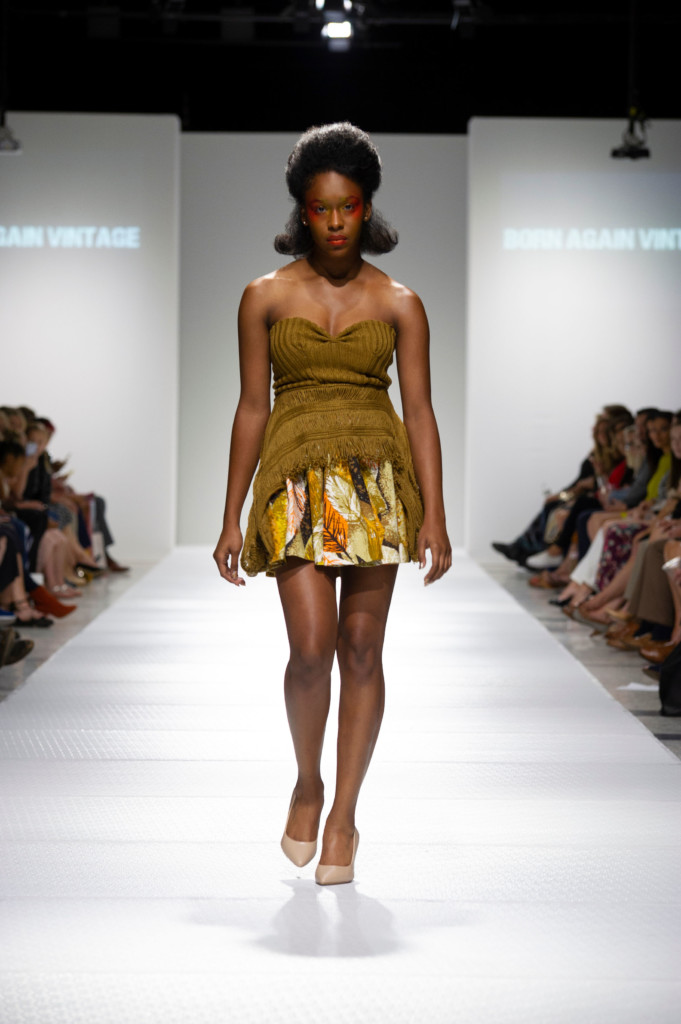 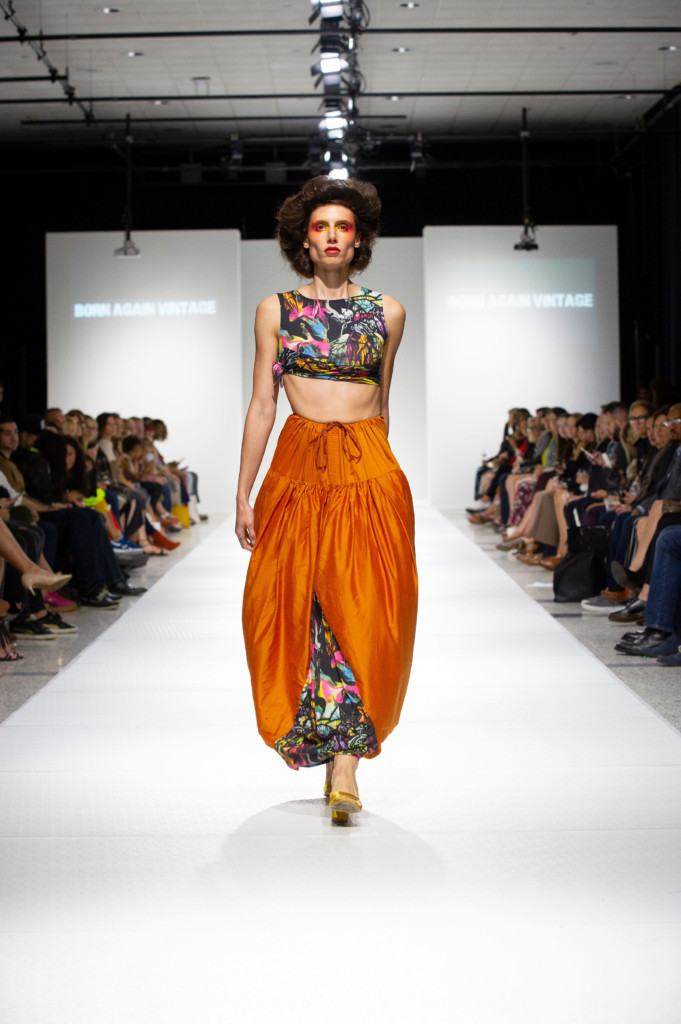 Simone Simon brought the streets of Paris to Providence with this French-inspired fashion show that featured models leading the runway with giant balloons filled with metallic confetti. Each sleek, refined look starred vertical, horizontal or slanted stripes in clean white lines. Some of the striping is positioned in symmetrical and asymmetrical patterns that frame the body at flattering angles, and the garments are constructed out of performative materials that give a perfect fit. The show concluded with the popping of the balloons, which sent the confetti flying in the air, much to the audience’s delight. 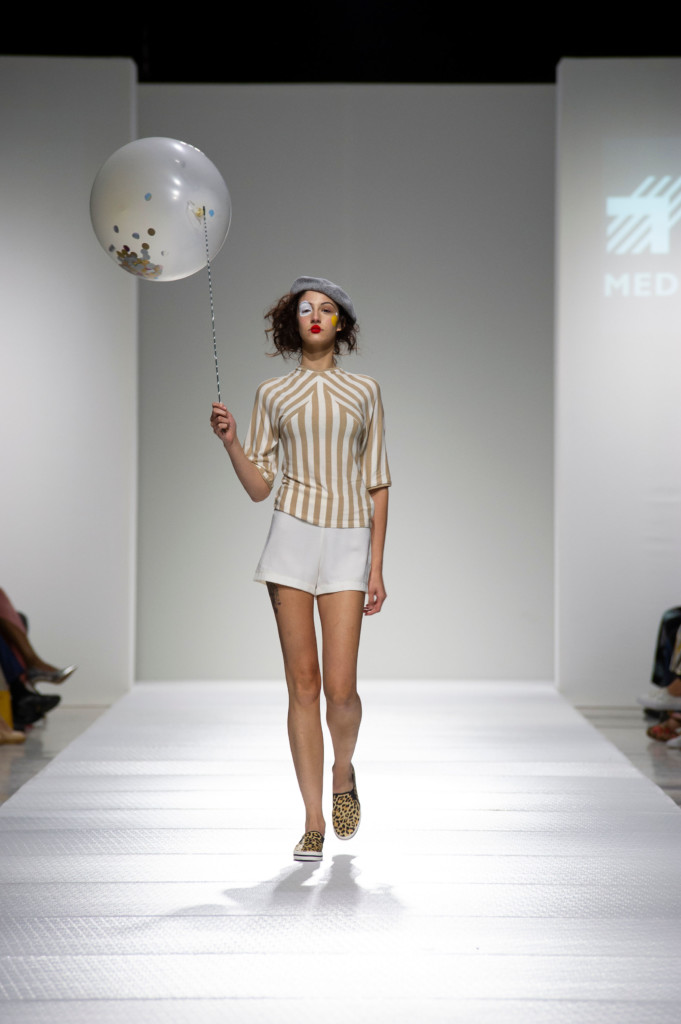 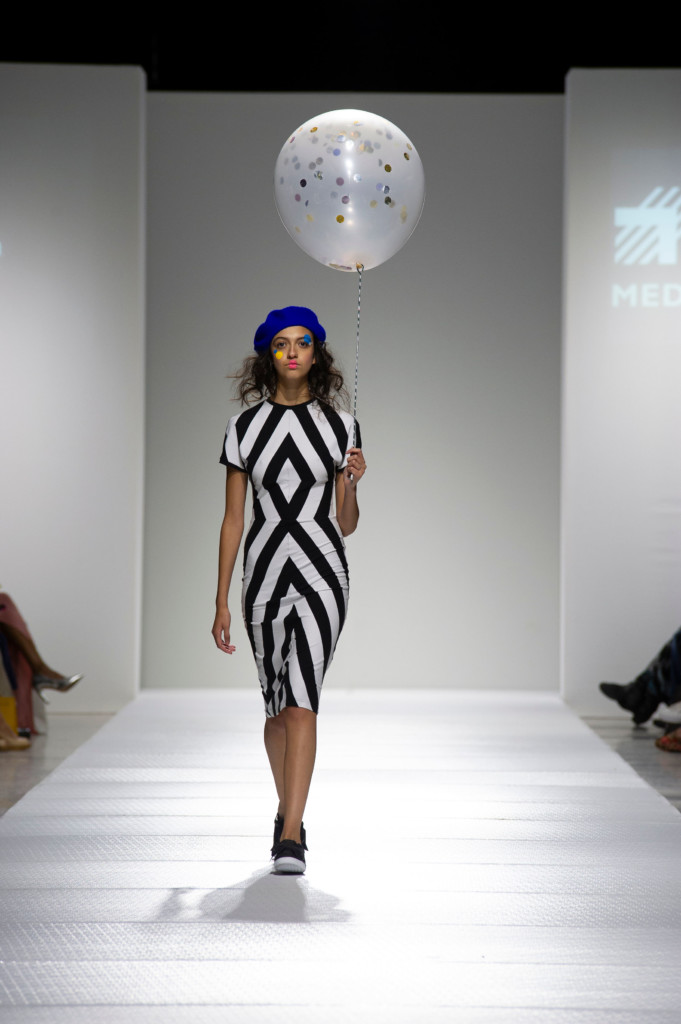 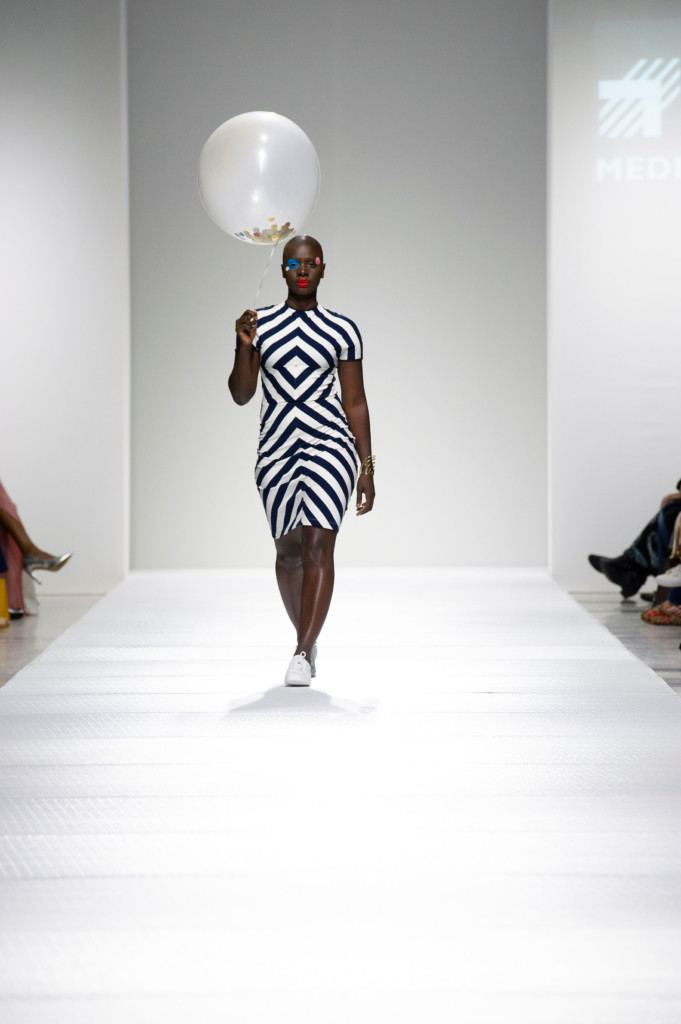 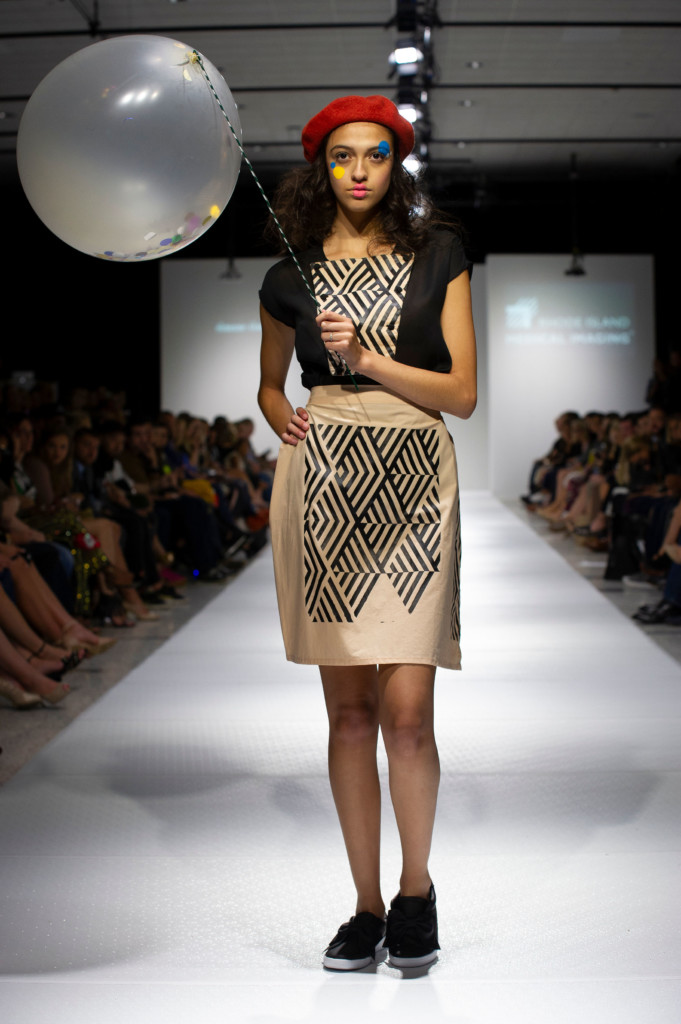 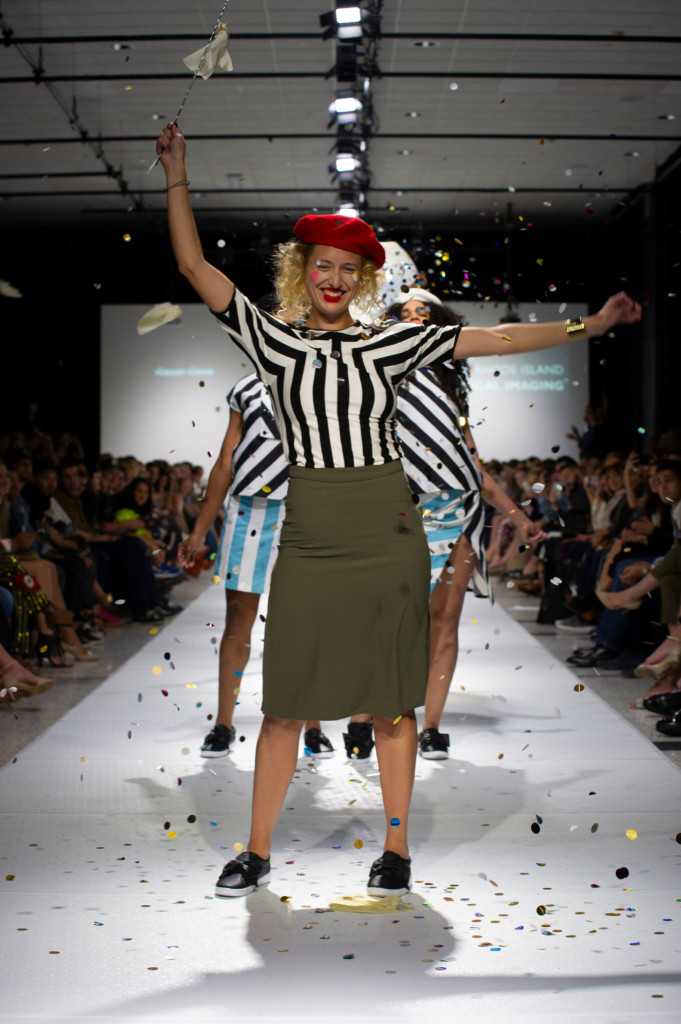 By the Numbers: StyleWeek Northeast