The second to last night of StyleWeek Providence featured a mix of whimsical and wearable styles. Attendees were transported from a winter wonderland before heading back in time to the 1930s and 1940s. And unlike some collections where the theme can be too literal and weigh down the looks, the styles in Friday night's lineup used fun details to get across the message without taking it too far.

The night opened with FROZE in KHAOS by Karla Marie. The winter-inspired collection incorporated metallic fabrics, sequins and frothy tulle to add an icy note to the flirty dresses. Sparkly snow in the models' hair and covering the shoes was a sweet touch to looks that eventually morphed into fiery red as they neared the end of the line-up (perhaps a nod to the approach of Valentine's Day?) But perhaps most impressive was the designer's age. At just 21, Karla Marie has yet to graduate from URI, where she's majoring in textiles, fashion merchandising and design. With such a successful debut, it's safe to say there will be many more collections in her future. 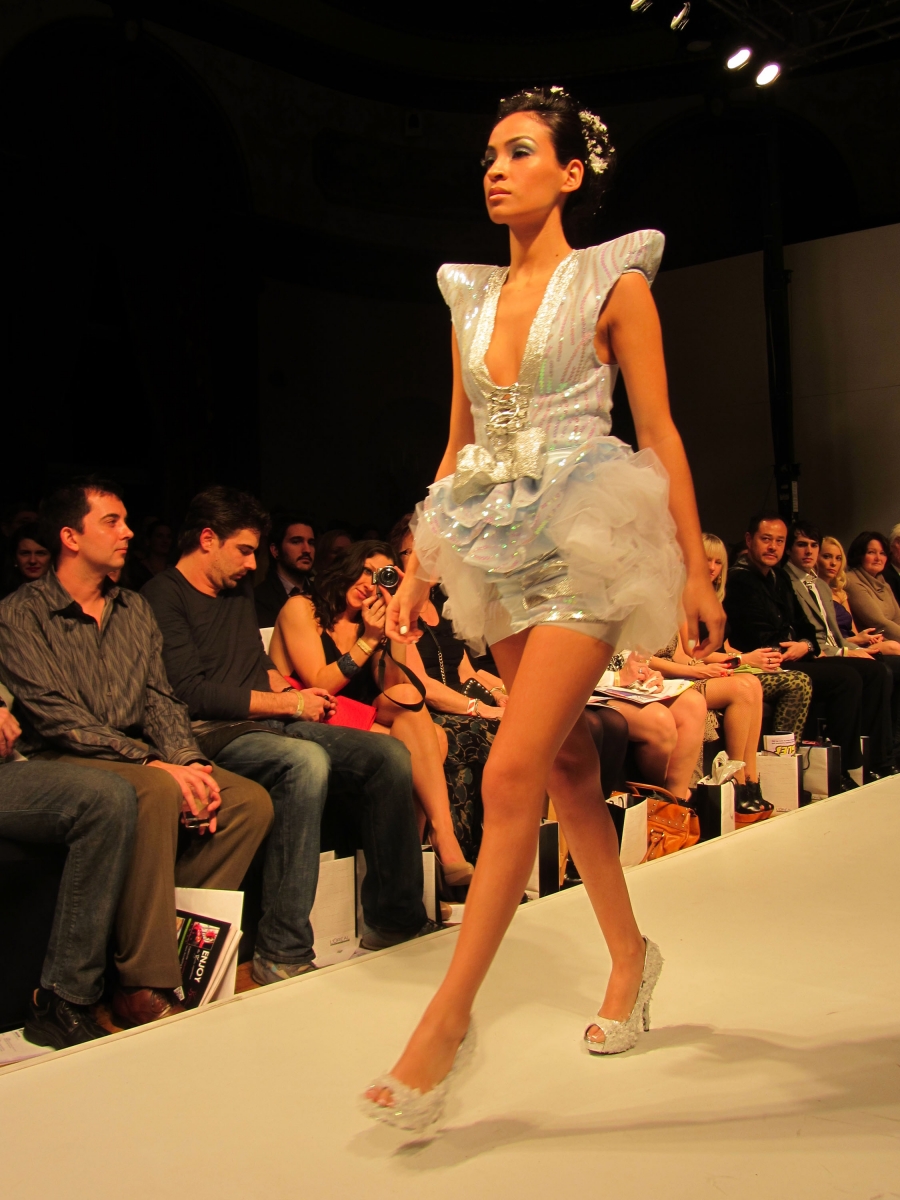 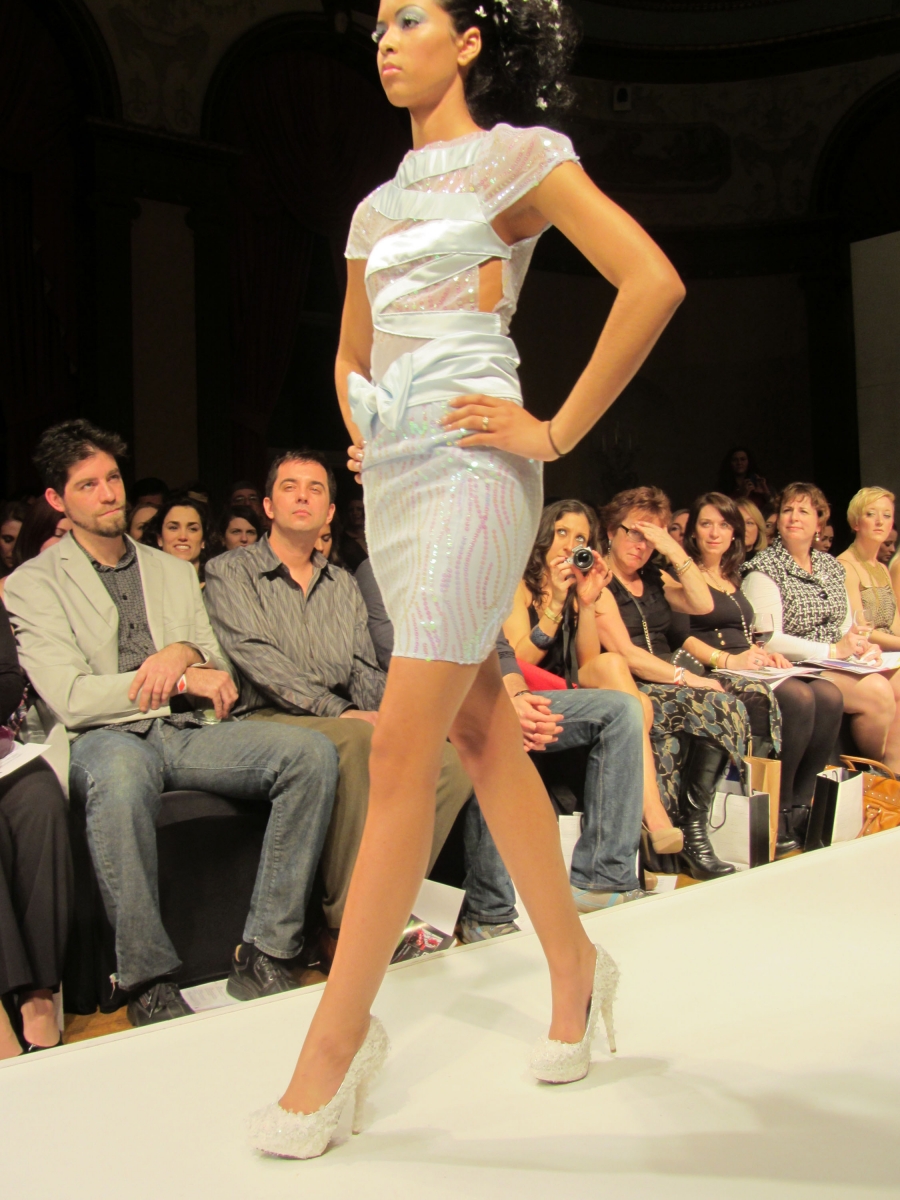 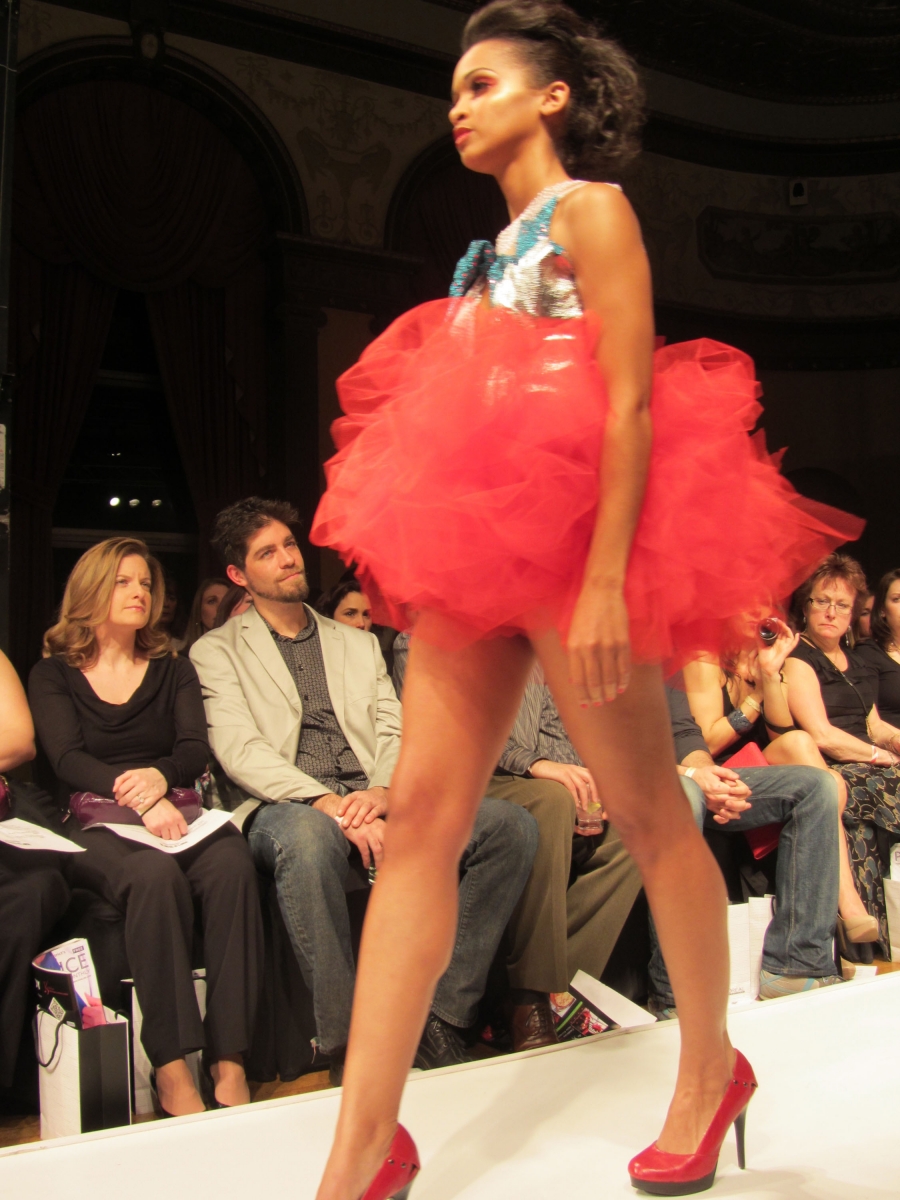 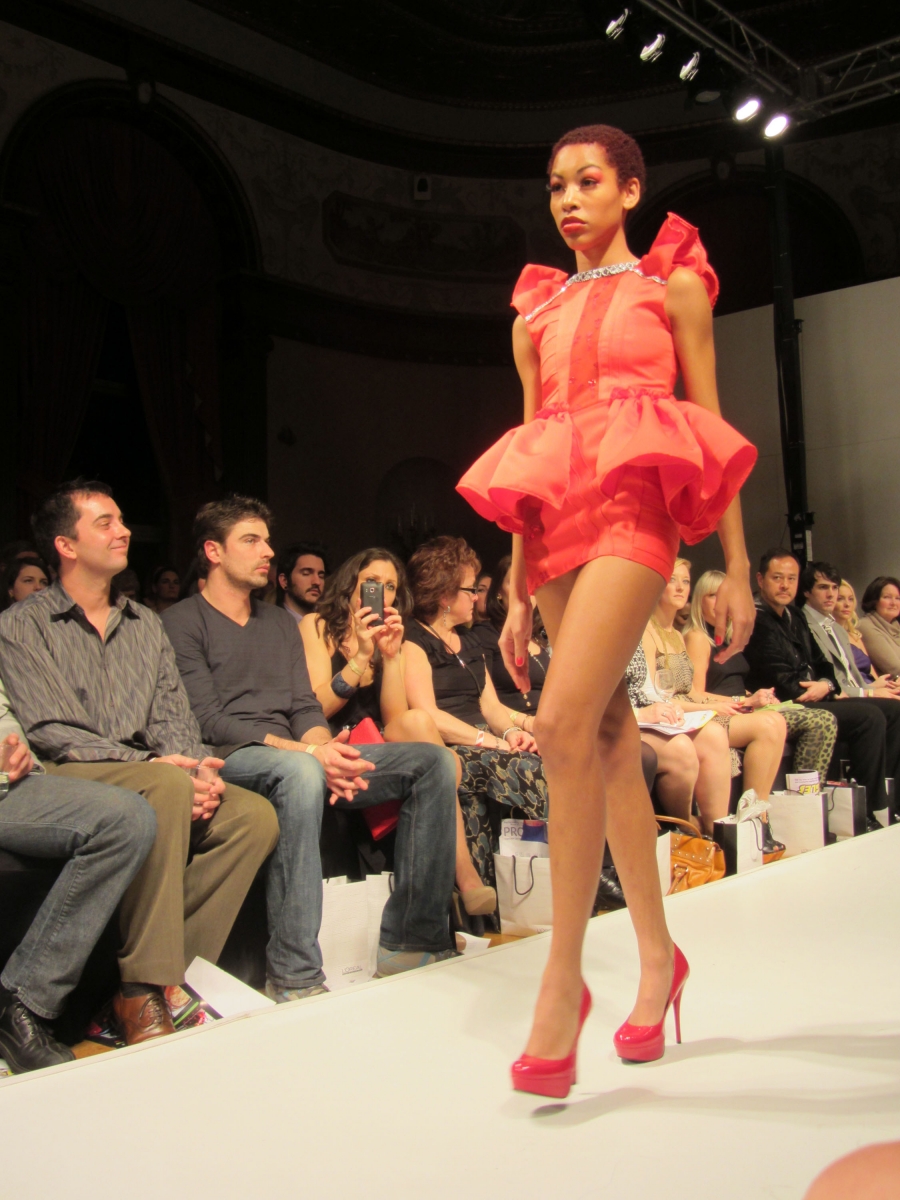 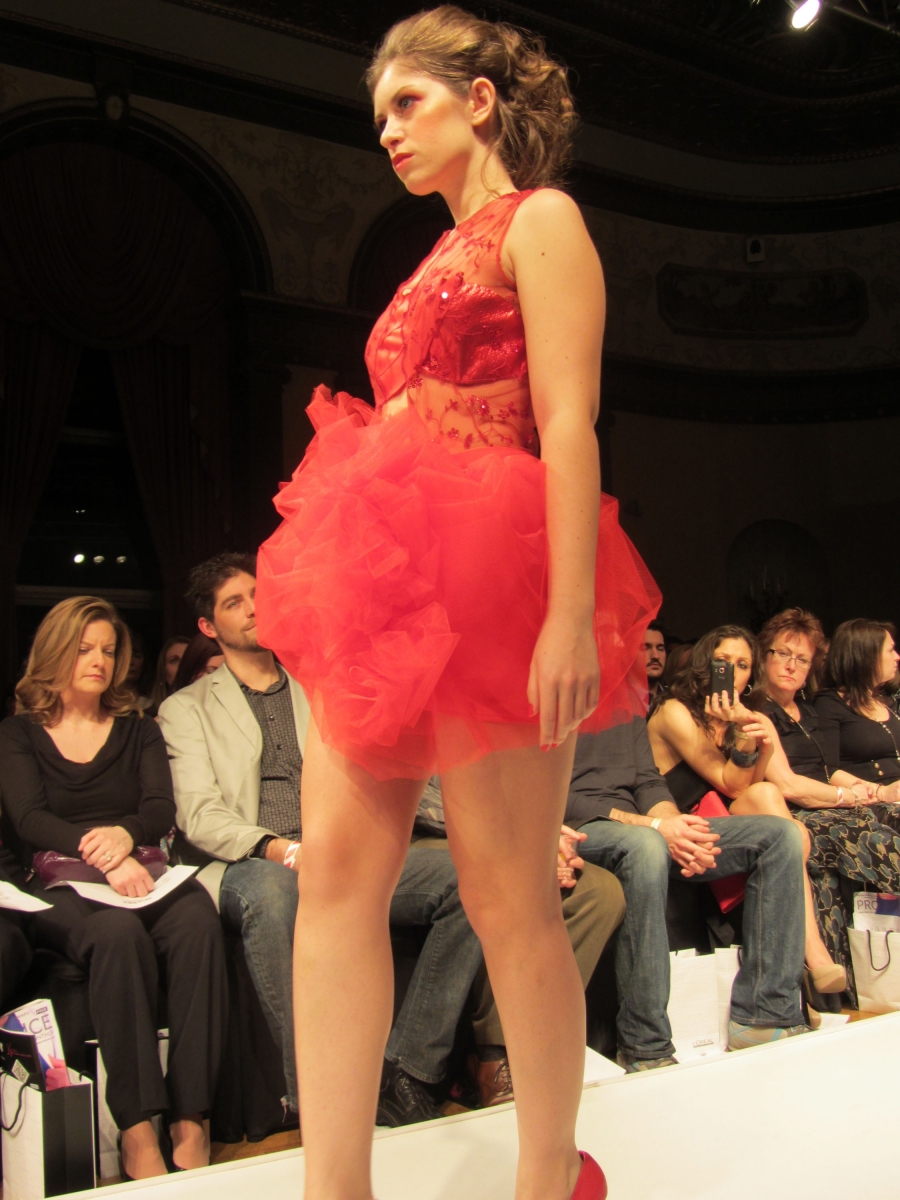 Next up was Brianna Moon's Navigation collection. Looks ranged from the sweet (pencil skirts, fascinators, and muffs) to the sexy (ultra-short pin-up-style shorts). The 1940s influence was obvious, but it was given a modern twist in the form of lots of leather. Moon also drew inspiration from the aviation craze of that period, outfitting some of the models in bomber-esque jackets and goggles. Her final look was a gorgeous ivory dress covered in delicate rosettes and trailing several long pieces of fabric from the shoulders. It was a dramatic and beautiful finish. 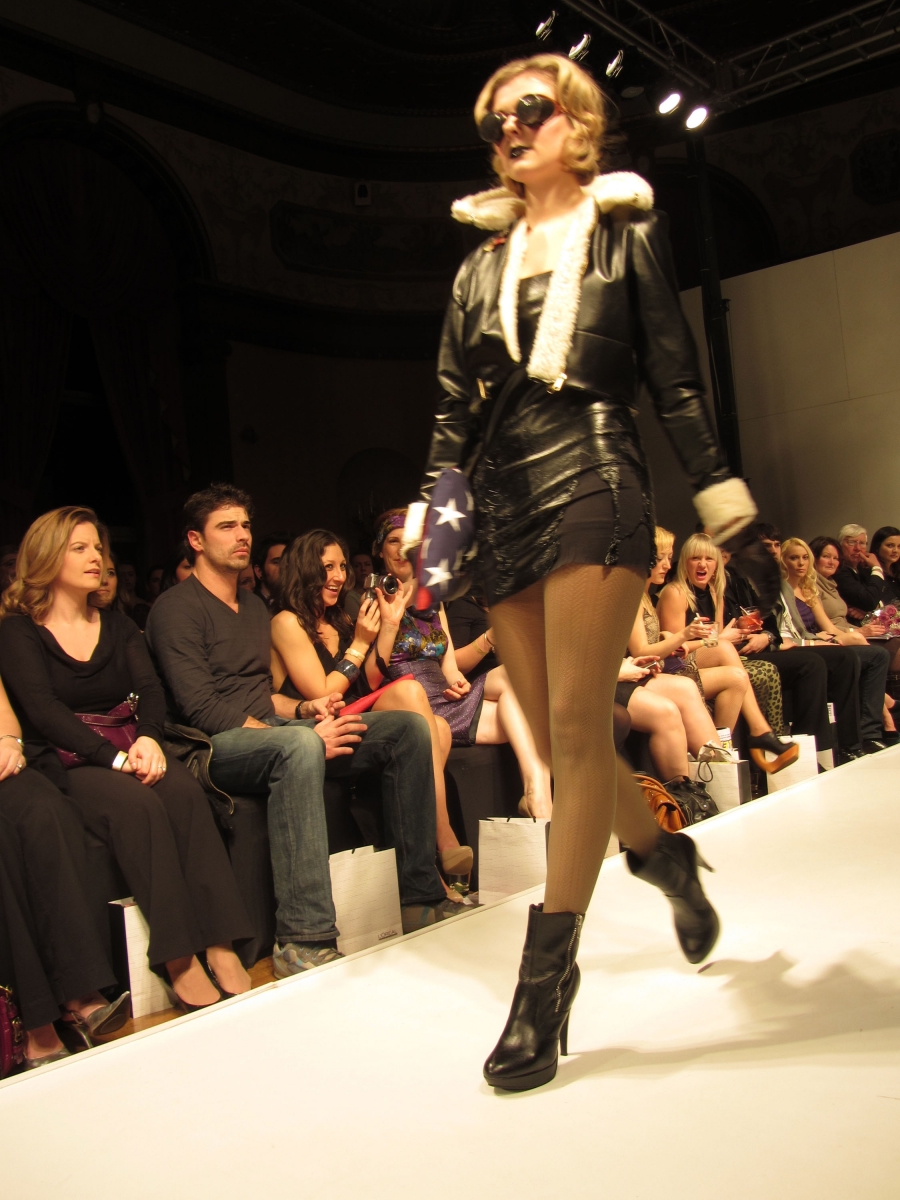 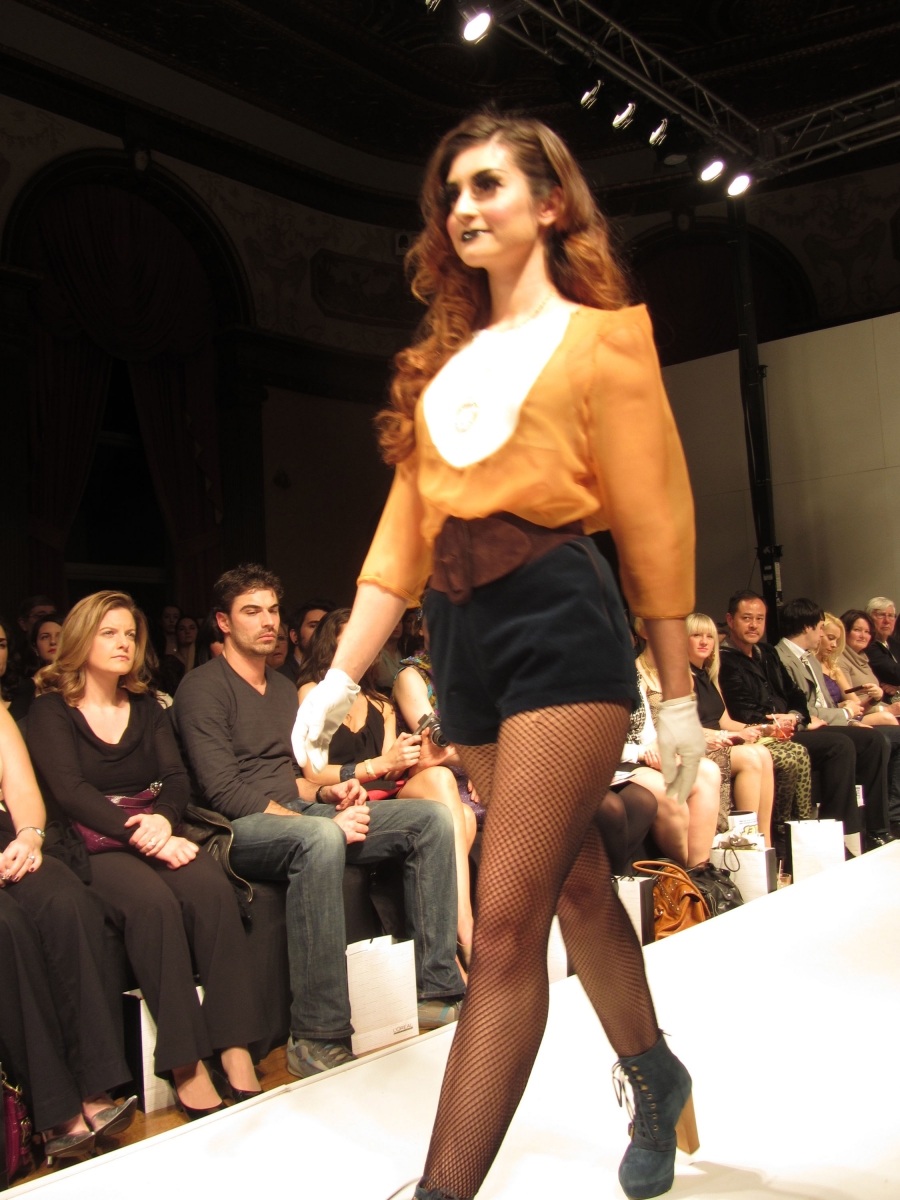 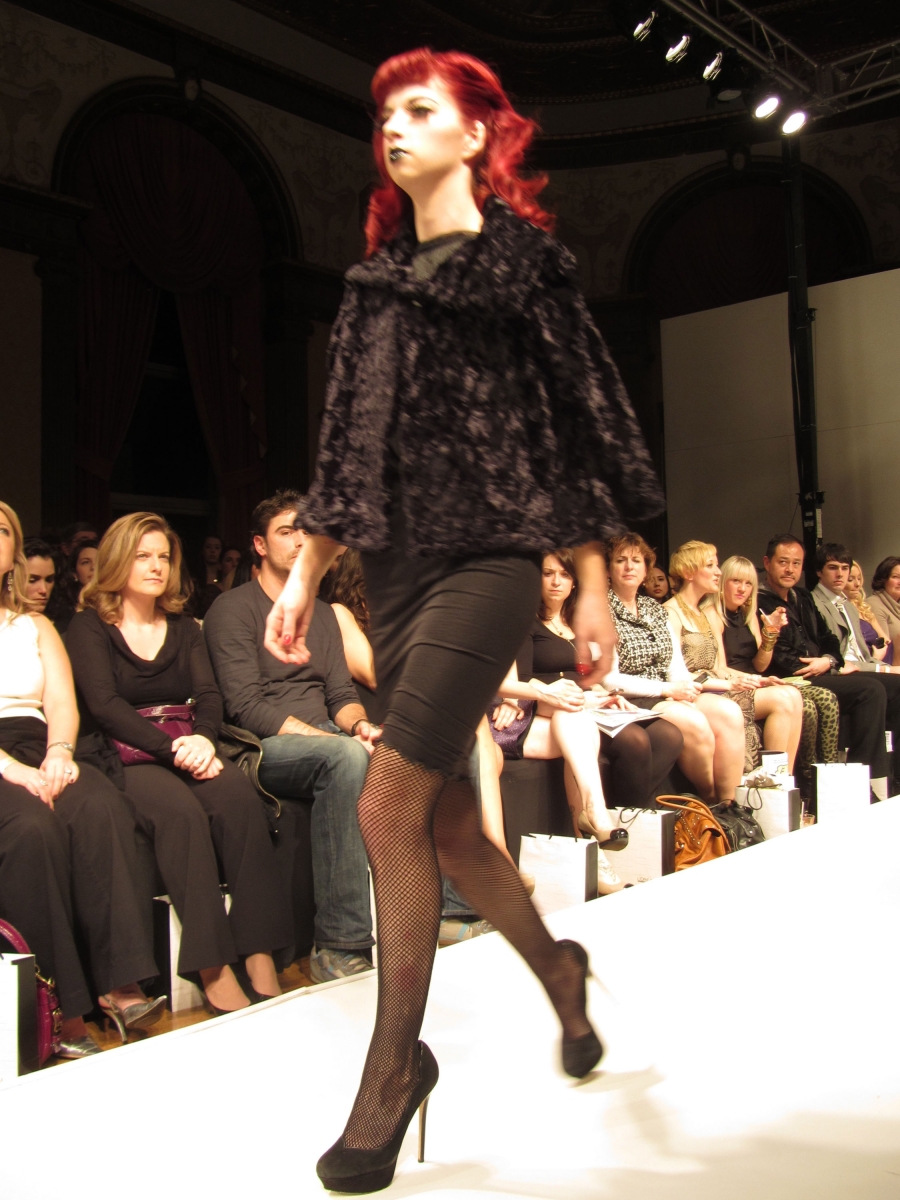 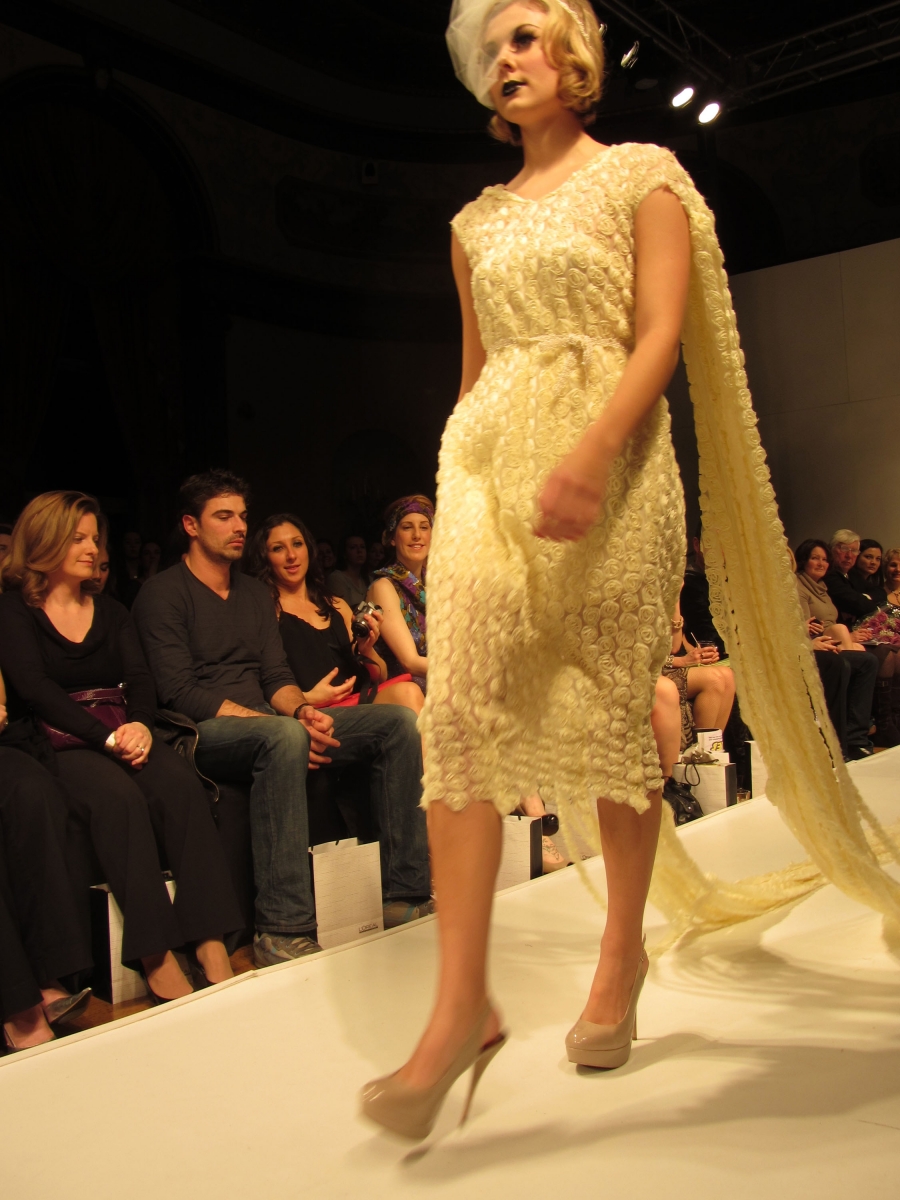 Capping off the night was the Double Eagle collection for Jen Greeke's Harpy line. A nod to 1930s golf-wear, plaids were featured prominently, as were sheer blouses and drop-waist pleated skirts. Models walked in stacked heel, tasseled shoes that only added to the mens' wear vibe. It was a collection that any fashion-forward working woman would love to have in her closet. 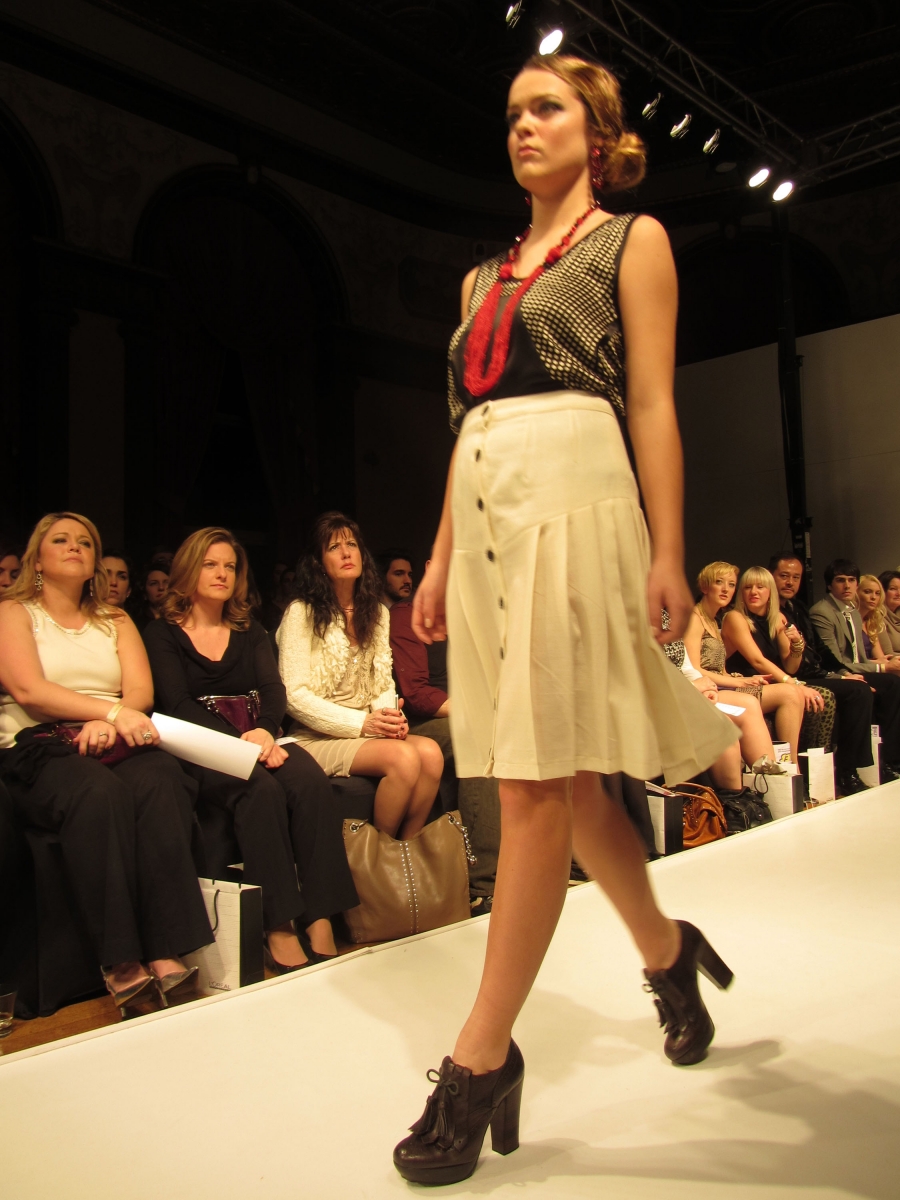 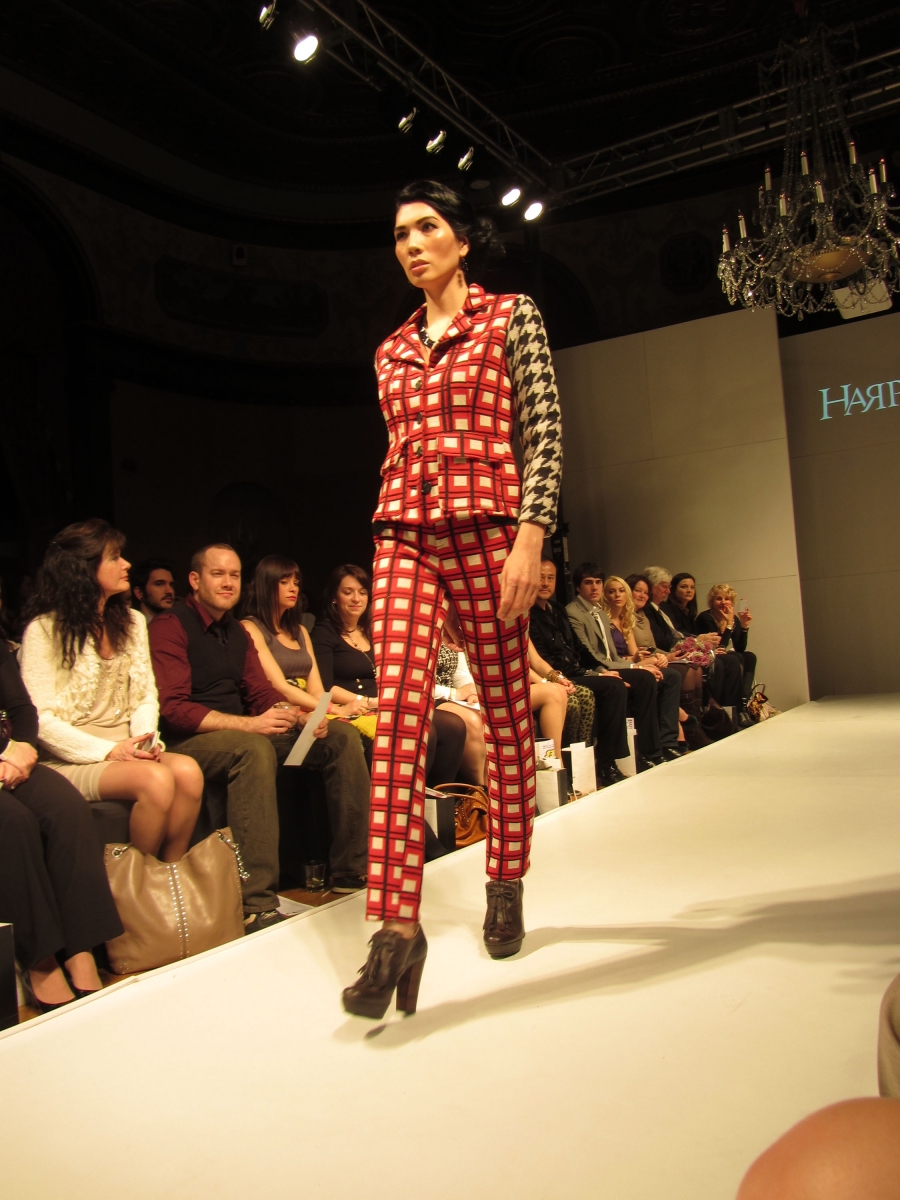 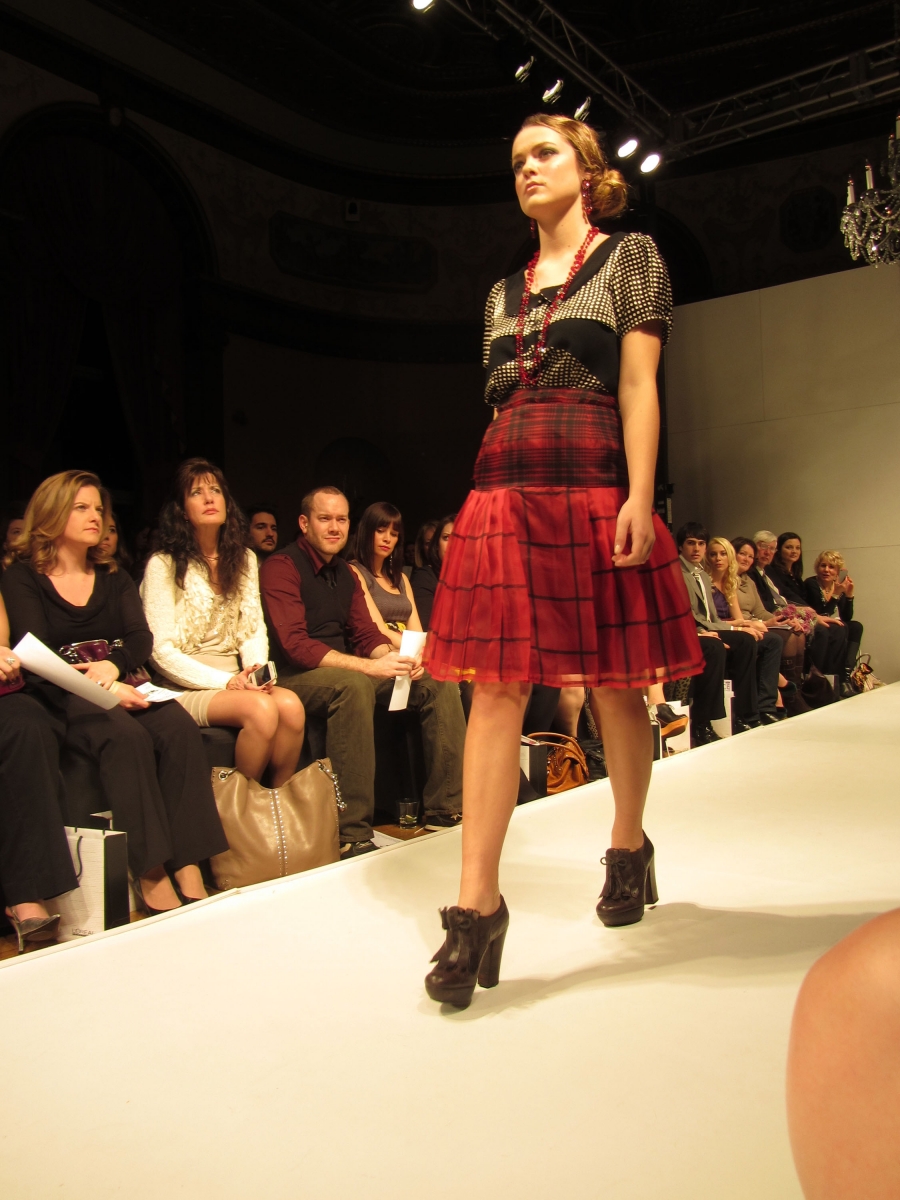 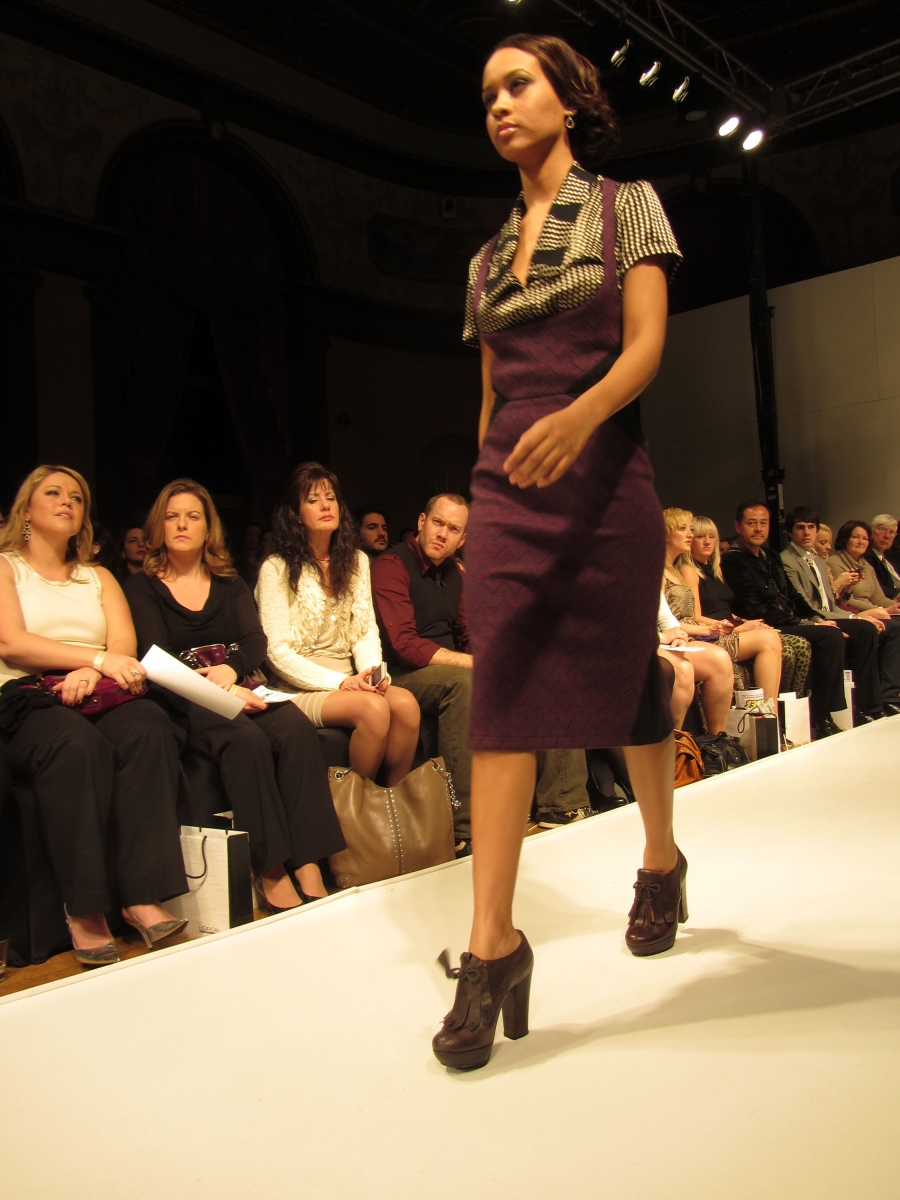 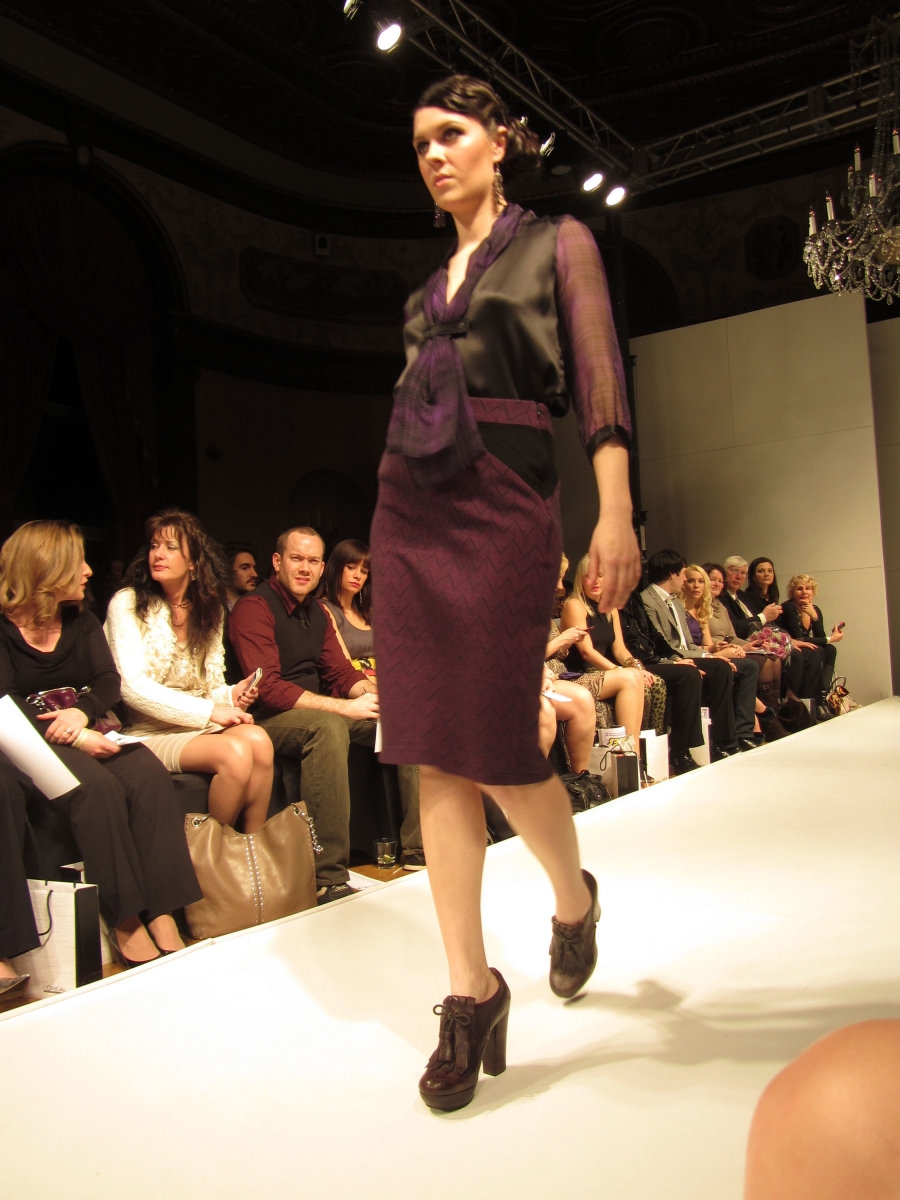