Students Play Along with the Philharmonic

The Philharmonic's Link Up program lets thousands of kids play with the orchestra.

School buses line the road next to the Veterans Memorial Auditorium, stretching down the street and out of sight. Kids from all over the state pile out and file into the building, many tightly clutching plastic recorders. Today, everyone is a musician — thanks to the RI Philharmonic’s Link Up program.

I follow the students into the building and meet Jacob Harrison Paul, director of marketing and communications for the Philharmonic and Music School. He explains the logistics of the event.

Today’s concert is one of eight that are held over the course of four days. A total of 12,000 students from almost 100 schools in Rhode Island and southeastern Massachusetts will get a chance to play along with the orchestra. And today, a whopping 1,600 students will be in attendance, from fourth to sixth grade. Local organizations, including the Victoria Alviti Music Foundation, fund more than 75 percent of the program, which provides everything from the instruments (plastic recorders) to the curriculum materials.

Hundreds of kids stream past us into the lobby, jostling each other and playfully yelling. Paul glances at them.

“It’s kind of organized chaos,” he says with a laugh.

I follow the students into the auditorium and join the fray.

Wandering through the echoing room, I encounter some kids from Pawtucket’s Curvin-McCabe Elementary School and ask them about music.

They all nod enthusiastically, too shy to speak.

I ask them how long they had been playing. One cheerful boy blurts out, “We’ve been practicing,” he pauses for a moment to do some mental math, “since first semester.”

Naturally, I wanted to know what songs they had been working so hard on.

They look at each other uncertainly. One boy pipes up “I think it’s called Guardians…” he trails off. The teacher shuffles over and shows me the program — everything from the Verdi’s “Anvil Chorus” to the folksy “In the Field Stood a Birch Tree,” but alas, no mention of Guardians.

The lights dim, and I leave the well-prepared musicians to enjoy the show. 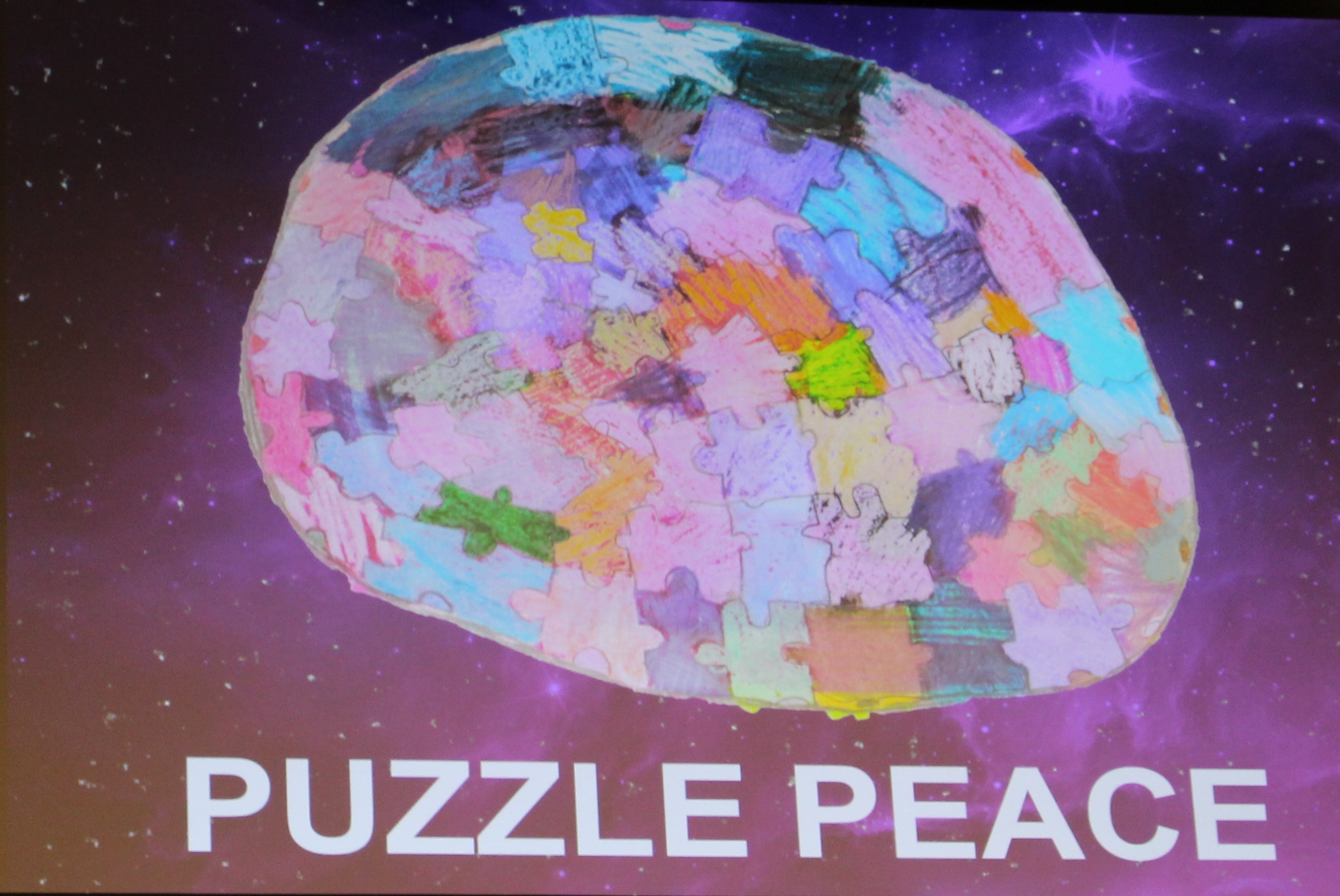 The Philharmonic opens with “Ode to Joy,” and the kids murmur in delight. One student let loose a carefree wail in the midst of the performance. Most are watching closely; for many of them, this is the first time they’ve seen a live orchestra.

The students are already deeply engaged with the music, and they haven’t even started playing along. When the orchestra finishes, Francisco Noya, the conductor, introduces himself and helps the kids play with the orchestra. They have a somewhat lax approach to rhythm and pitch — it sounds like a couple thousand birds were let loose in the auditorium, each whistling its own song. But Link Up isn’t about creating perfect musicians; it’s about sparking a lifelong passion for music.

The show is somewhere between a comedy routine, a music lesson and a play-along, and the students love every minute of it.  When they hear the dreamlike strumming of the harp, they whisper to each other in excitement. When local actor Joe Wilson Jr., the event’s host, makes a joke, they all laugh uproariously. And when the conductor waves his baton, they imitate him, moving their hands to the beat.

Towards the end of the show, the orchestra plays a piece based on a composition by a fourth grade class from Smithfield. Called “Puzzle Peace Planet,” it’s an uplifting tune about a world where everyone is different, but they all get along. As the orchestra soars, the jumbled army of recorders soars too. Students from Westerly to Central Falls, kids who might never rub shoulders with each other, are all playing along, and it’s a beautiful thing to hear.