Someday Soon, Foam Cups Will Be Phased Out at Dunkin’ Donuts

Dunkin' has finally nailed an eco-friendly cup design, but they are expecting difficulty getting their customers to adapt to change, especially in Rhode Island. 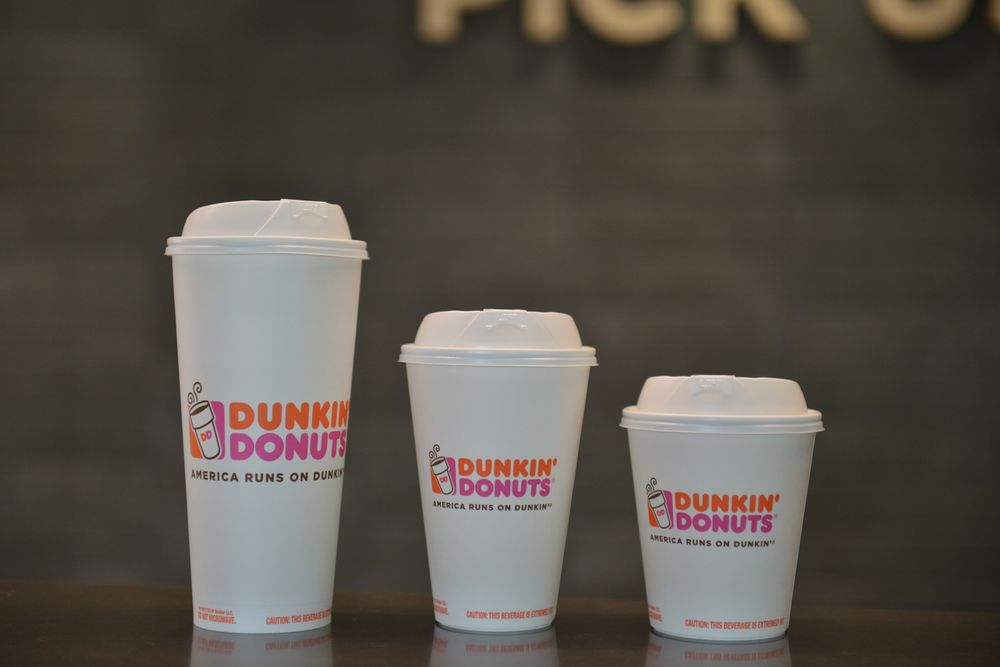 By now, we’re all familiar with the war on straws. I even went out and bought some reusable straws of my own along with a straw cleaner, which I unfortunately keep forgetting at home. But what about other environmental nuisances, like the foam cups at Dunkin’ Donuts? It seemed like every time I’d go to a Dunks’ drive-through, they’d automatically double-cup my iced coffee with an unnecessary foam cup. The shame. I don’t even want to be seen with that cup, so I would demand they take it back. “I don’t need the foam,” I’d say.

Now, when I go to Dunks’, I always say at the drive-through, “no foam cup.” If you don’t want to offend the environment, and you don’t have a reusable straw, why not just go strawless, too? Just an idea. Now back to that annoying foam cup. It turns out Rhode Island is a serious problem for Dunkin’ Donuts, which is trying to phase out foam cups. I asked a cashier yesterday, and she says they are going to start charging 11 cents for foam cups, and eventually phase them out, probably by 2020.

In an article in Entrepreneur magazine, Rhode Island native Alyssa Giacobbe tackled the whole subject of Dunks’ cups. She explains how Dunkin’ has been in the process of designing a sustainable cup for both hot and cold beverages for ten years. The millennials hate the wasteful, landfill-filling foam, while devoted fans are holding onto their foam cups for dear life, sometimes stockpiling them in their homes. Dunkin’ has finally nailed an eco-friendly design, but they are expecting difficulty getting their customers to adapt to change, especially in Rhode Island. The double-walled paper cup is made with “paperboard certified to the Sustainable Forestry Initiative Standard,” it will feature “the current re-closable lid,” and it will “keep beverages hot while keeping hands cool, without the need for a sleeve.”

Here’s an excerpt from the Entrepreneur article, which explains Rhode Islanders’ devotion to foam cups:

There is also a segment of consumers extremely devoted to “double cupping” — or requesting a foam “hot cup” to put their plastic iced-coffee cup inside of — a practice Murphy says started in Rhode Island and has spread to a few other nearby markets, as well as to some parts of Florida. Rhode Island is one of Dunkin’s biggest iced-coffee markets, and the practice is so widespread that some stores will automatically include a hot cup with every iced-coffee order. Solutions to this practice, including branded koozies and a reusable mug program, have not curbed the demand. “I often get cast with ‘How do we make the cold cup not sweat?’ and my answer to that always is ‘You’re asking me to change physics,’ ” says Murphy. “It’s really hard.”

As a result, some customers have been taking the initiative. Diana Goodine, a busy mom of four and a daily Dunkin’ customer in suburban Rhode Island, began to stockpile foam cups the day the brand announced the news. Goodine says she’s tried the koozies, but they make her cup wobble. Her brother-in-law, who plans to install a permanent foam cup in his car, says that wrestling the sleeve onto his iced coffee is like trying to get it into a wet suit. (Dunkin’ has a fix for that: “As goofy as this idea sounds, half-koozies,” says Murphy. “They’re about an inch or two tall, so they don’t go up the full cup, but they prevent that condensation ring that happens on your desk. It’s almost like a coaster.”)

Raskopf says that much of the focus now is on how to get parts of New England, and especially Rhode Island, prepared. (“We have a whole group of people working on exactly that,” says Raskopf. “We don’t have the solution yet.”) They don’t know if they’ll warn customers about the final foam date or if, instead, they’ll cut them off cold-turkey. Some franchisees have asked if they can please tell customers in the month leading up to the transition to save their foam cups. (“We’re exploring all options,” says Raskopf.) Murphy is hoping double-cupping devotees might reconsider the sleeves or reusable mugs. “But we’re going to get hate mail from [people] who are very upset,” he says.

Read the article here: Why It Took Dunkin’ Donuts 10 Years to Build the Perfect New Cup

So get ready, Rhode Island: Change is coming to your local Dunks’ in the near future. Embrace it. Or hold onto to those foam cups for dear life.