Board the Aquidneck sailboat for views of Newport Harbor from the water. 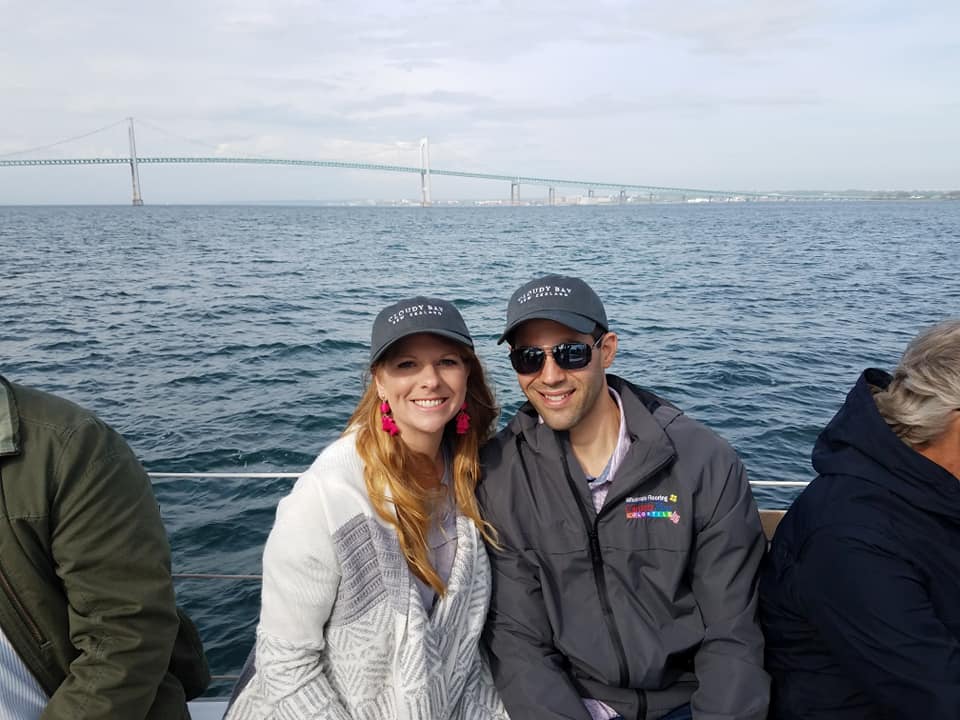 Sometimes the vacation you’ve been looking for is right under your nose. After attending the shellfish-packed Newport Oyster Festival last weekend, my husband and I boarded the Aquidneck vessel for an afternoon sightsail of Newport Harbor with Cloudy Bay wines and Salt Pond oysters.

It was a beautiful day with a chance of thunderstorms in the late afternoon, so we were hoping the rain would hold off for the sail. Lucky for us, it did, and we enjoyed crisp bay breezes and blue skies for most of the ninety-minute cruise.

It was a view of Newport I seldom get; from the water, looking inland. We soaked up panoramas of the Pell Bridge, Fort Adams (on the last day of the Volvo Ocean Race), the little house on a rock, Clingstone, various mansions and Hammersmith Farm, which is the former Summer Whitehouse of President Kennedy. We could also see Rose Island lighthouse from a distance.

We soaked up the atmosphere while tasting Cloudy Bay’s crisp sauvignon blanc, chardonnay and pinot noir from New Zealand that pair perfectly with shellfish. The winery is one of the top five in New Zealand, and the sauvignon blanc is their most well known wine with notes of lime, grapefruit and passionfruit. The chardonnay, with flavors of peaches and nectarines, was also a big hit with the guests on the boat. All of the wines were accented by oyster farmer Dave Roebuck’s hefty Salt Pond Oysters from Point Judith Pond. The briny bivalves are literally a taste of the salty air; a refreshing gulp of ocean flavor. If there is a taste for sailing on the ocean, then wine and oysters is it. sightsailing.com 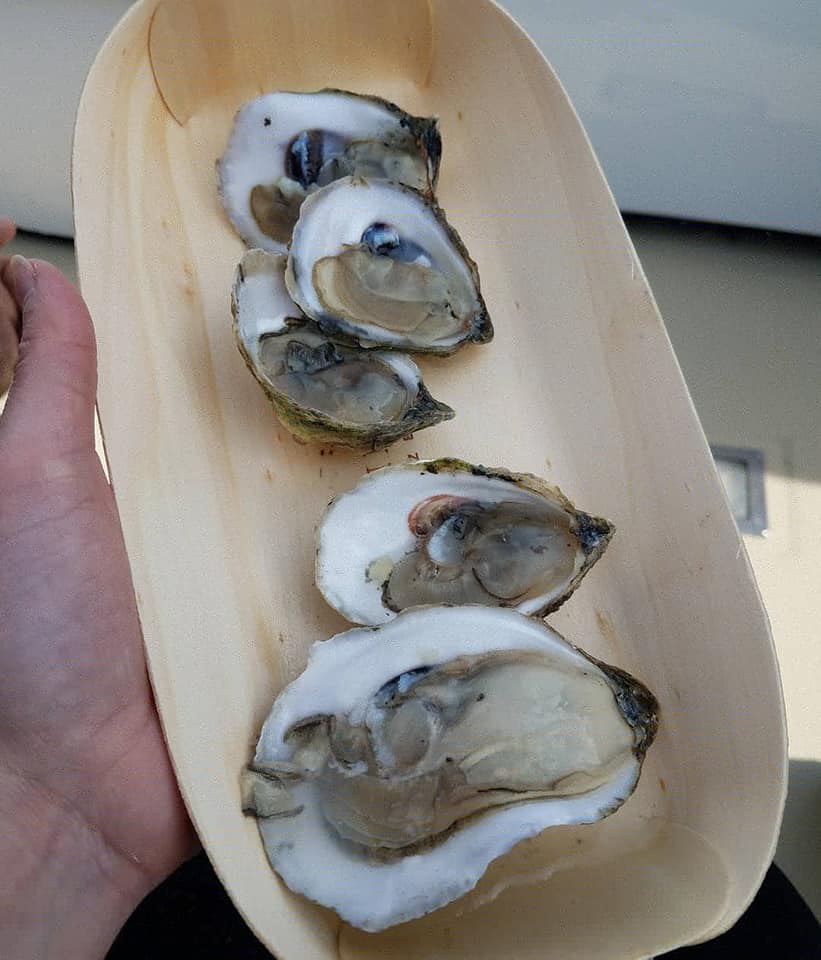