Seekonk Has a Little-Known Blueblood History

The town, just over the Massachusetts border, was once home to the Jacob Hill Hunt Club.

You have the day off; what are you going to do? Most of us would go for a walk, see a movie, maybe cut the lawn. But the wealthy elite of the early twentieth century had a very different plan for their leisure time: It involved a private race track, fox hunts and a small army of attendants for man and horse. They famously took up residence in seaside Newport, but a small enclave also found its way into the lonely woods of rural Seekonk, Massachusetts. Welcome to the Jacob Hill Hunt Club.

Now a cozy inn, Jacob Hill was once an epicenter of wealthy recreation. Eleanora Rezek, the property’s current co-owner and a member of the Seekonk historic commission, leads me around the old stomping ground of the rich and famous.

“In 1915, the Grosvenor family purchased the property. Technically, they were from the East Side, but really they were from all over the country,” Rezek explains. “They’re a big name with National Geographic.”

The family was integral in creating National Geographic magazine, and many were pioneers in journalism. They also married into the Bell family (of Bell telephone fame), earning them even more prestige within the upper echelons of society. They rubbed shoulders with some of the most distinguished families in Rhode Island.

“They were friends with the Vanderbilts, the Firestones, the Chafees and pretty much anyone else that was politically connected and passed through the city of Providence. And they all used to like to ride horses, so they’d come out here,” says Rezek. “It was essentially a country home.”

As clubs began to emerge with the onset of Prohibition, the family decided to turn the private residence into a private hunting club. They helped create the Jacob Hill Hunt Club, and the property was reborn. 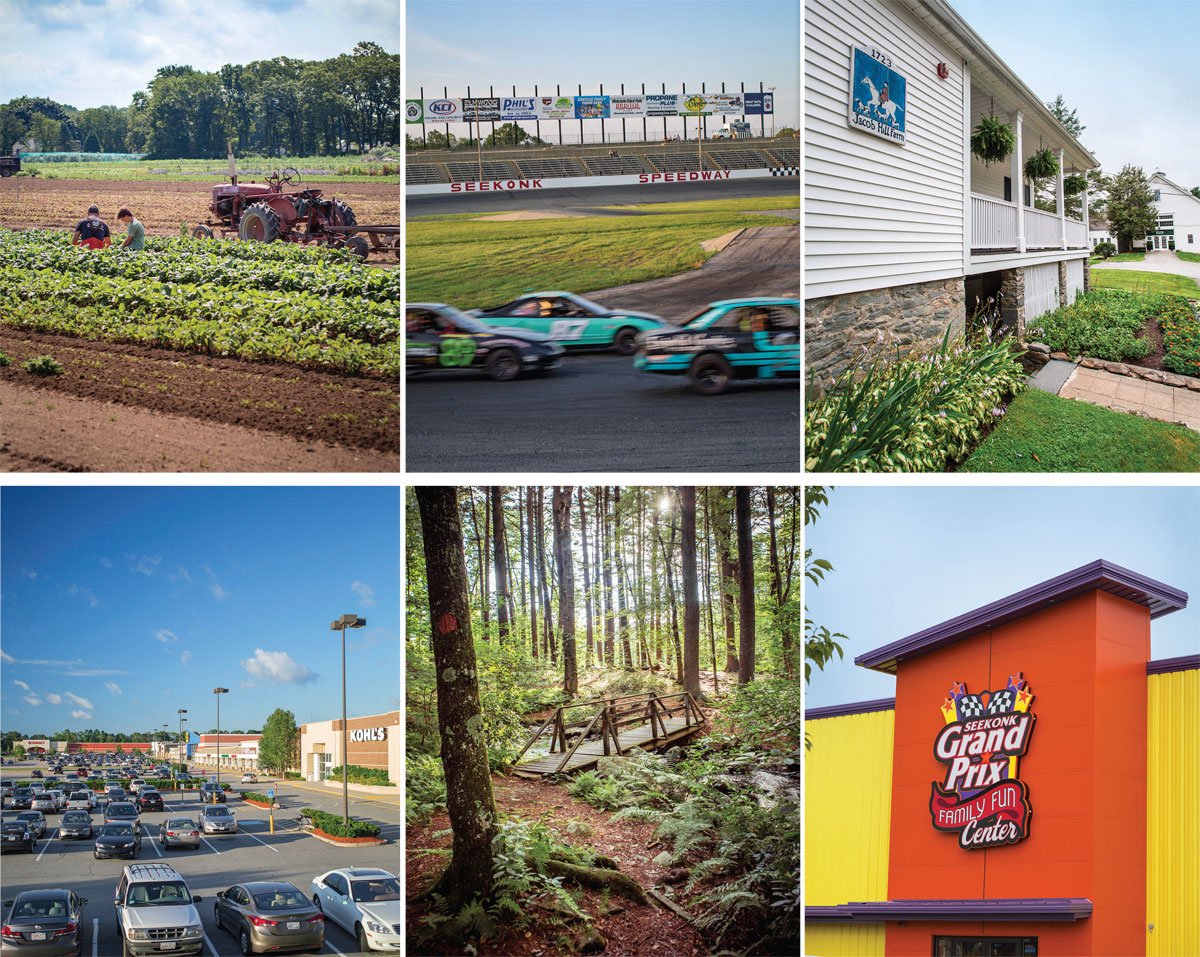 So what was a day in the life like at Seekonk’s premier club?

Rezek brings me past grassy fields to a towering white building: half barn, half servants’ quarters, both man and beast regularly passed through these halls. We walk inside, past the check-in desk and through the breakfast room.

Today, guests staying at the inn start their morning here — the same place the moneyed class did.

“They would bring the horses and have them all cross-tied. They would line them up all the way down the hall and groom them.” She pats one of the sturdy posts that dot the hall. “They’d tie them up right here to get them ready for shows.”

Whatever the day’s activities entailed, whether it was a hunt or a race, you needed your trusty steed.

I imagine horses stomping around the room, denting the polished wooden floor and knocking over breakfast tables covered with delicate glassware and white linens. Livestock would definitely look out of place here now, but the building wasn’t always so refined.

Once, it provided a rough habitation for the horses’ caretakers, the groomsmen. Rezek shows me a picture of some of them: leaning against the barn, they’re wearing sweaters adorned with blocky letters spelling out the club’s acronym, JHH. Caps pulled low over their eyes, they seem to glare contemptuously at the camera.

“They’d get the horses ready for shows or a hunt, or just a ride. Most all of them came from Ireland, because they were good with horses.”

If a hunt was on the agenda, there was one target prized above all else: foxes. The ritual of fox hunting was wrought with traditions: gaudy red jackets, painstakingly bred foxhounds and well-trained horses. The whole activity smacked of Old World class and elegance. Less elegant was the fate of the fox. Traditionally, once the dogs caught the fox, it met its demise. It was a grisly finale to an otherwise sophisticated event.

“Don’t worry, at Jacob Hill, they didn’t kill the fox.” Rezek smiles and walks upstairs to what is now the common room, full of billiards tables and antique furniture. “This is where they kept him. He’d actually get fed really well, although his cage was a bit small. They’d take his blanket and create a scent trail, which the hounds would follow. It was kind of like the real thing but without the fox getting killed.”

If the fox couldn’t be parted from his blanket, the titans of industry at Jacob Hill would have a race instead.

“Here’s a story about William Vanderbilt.” She points to an article from 1931 posted on the wall. “He was a famous coach and carriage driver. His coach, the Venture, is the one in that picture. It’s at the Breakers’ stable museum now.”

In the picture, the carriage careens around a corner, dust floats through the air and bleachers full of onlookers watch eagerly.

“The Vanderbilts also owned the Liberty, which was the only coach to make it over the Alps, I believe.”

She brings me outside and shows me where the bleachers once were. All that remains is an empty grassy knoll. But in the expansive fields, it’s not hard to imagine fanatical millionaires racing unwieldy carriages at unreasonable speeds. The leisure class had an unusual taste in pastimes.

Rezek returns to the main house, where fatigued huntsmen and riders could kick back and relax after a long hard day of play. We pass through a room decorated with tarnished trophies and faded ribbons, relics of the property’s racing days. A small wooden box hangs from the wall in the hallway, only a few steps away from the cramped kitchen.

“That was a servant’s callbox. There was one in this area, and one upstairs. If anyone needed assistance, it would make a buzzing sound and a disc would fall into place if they were needed.” She gestures to the nearby dining room. “There was actually a button underneath the head of the table. If the butler was needed to serve the next course, they would just press it. Pretty cool, right?”

After dinner, the men (no women allowed) might retreat to the smoking room and spend a few hours in conversation. With dark wood wainscoting, oxblood leather chairs and hunting paintings on the wall, the room exudes a male aesthetic and tailored extravagance. Smoke twisting through the air, men could talk about business, the day’s activities or plan tomorrow’s activities.

The members of the Jacob Hill Hunt Club were bigwigs. They guided the country’s political and economic course and made deals that could make or break the lives of thousands. But here, they were just men chasing foxes’ blankets, racing and joking in their boys-only club. As stoic and somber as they seemed, they were children at heart, looking for a place to play.