The clear spirit is made from triple-distilled corn and comes in flavors cucumber, lemon and mint and maple bacon. 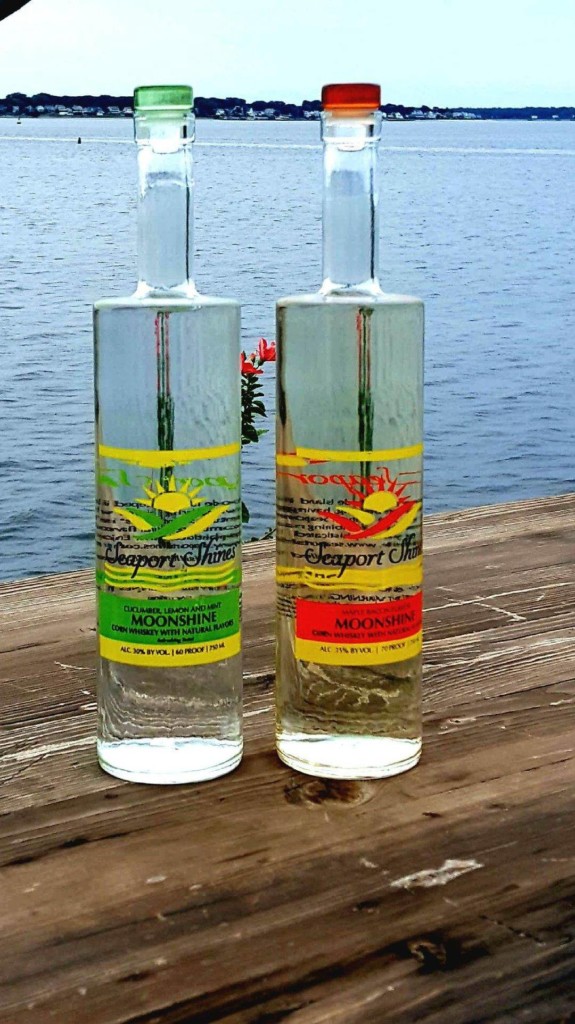 Rhode Island might not be the first place that comes to mind when you think of moonshine, but Seaport Shines is changing that. It’s a classed up, clear spirit that’s made from triple-distilled corn and accented by flavors like cucumber, lemon and mint and maple and bacon. Seaport Shines was created by Cranston native and Newport resident Sherry Brice, and it’s packaged in hand-painted glass bottles with Italian glass corks.

“I am trying to call it a ‘shine instead of a moonshine, because it’s not traditionally what people have in their brains as moonshine,” Brice says, explaining that you could call it a vodka if you wanted to, but moonshine is technically a whiskey that’s made from corn. “It’s a refined, sophisticated ‘shine.”

Moonshine has a reputation as a high-proof, syrupy sweet spirit that’s only been distilled one time. “Like a headache in a jar,” Brice says with a laugh. “This is pretty much the opposite concept. It’s triple distilled, so each time you distill it, it gives it a cleaner taste.”

The flavor is bright and refreshing without a lot of bite. It’s perfectly served over the rocks for a simple cocktail without a lot of work – a bartender’s dream – but the maple bacon makes a killer bloody mary.

Sherry Brice and her husband, Mark, are dubbing it “America’s new moonshine.” Seaport Shines is sixty to seventy proof, unlike most moonshine, which can be up to 120 proof.  Because it’s made from corn, it’s also gluten-free, and it contains fewer calories than traditional spirits. The spirit is made in Florida, but the creator is launching it in her home state to start under distributor Mancini Beverage, formerly known as Rhode Island Distributing.

Seaport Shines is already appearing on cocktail menus in Rhode Island, including at Pasta Beach, the Clarke Cooke House, the Chanler, 41 North, Bacaro and the Oak Hill Tavern. It’s available at liquor stores, including Bellevue Wine and Spirits and Fifth Ward Liquor in Newport, and Airport Liquors in Warwick.

Brice originally came up with the concept for a sophisticated shine when she became sugar-sensitive. Wine started giving her headaches, so she was searching for something cleaner to drink. “I wanted to find something that was lower in alcohol and low in sugar that tasted great,” she says.

The alcohol business is a departure from Brice’s career path, which included court reporting in Washington, D.C., restaurant reviewing in Newport, and launching her own cosmetic company, Cosmetic Cosmos, which she continues to run in Newport.

Sherry Brice is all in when it comes to promoting her product, which was two years in the making. In November, Seaport Shines is one of the sponsors at a James Beard weekend, Taste America in Boston, where they will be able to introduce their brand to wide range of players in the restaurant industry. “It’s moonshine that’s unique. It’s lower calorie, lower alcohol,” Mark Brice says. “It’s a category buster.” 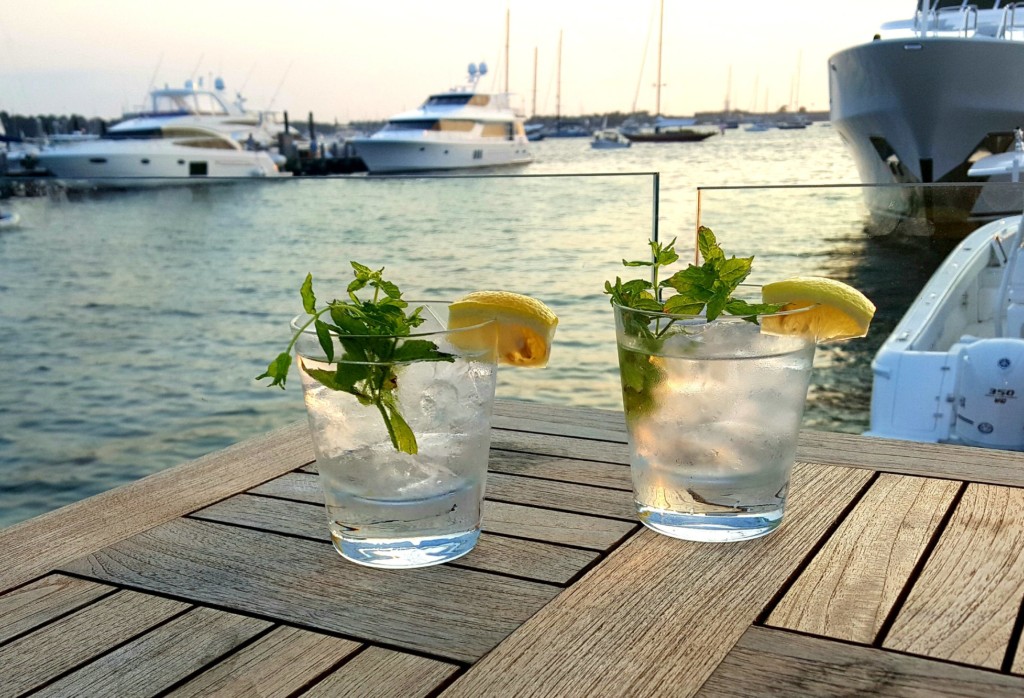 Cocktails made with Seaport Shines.

Building Community through Beer with BrewGene