Bristol's Robert Andreozzi worked in restaurants across the country, then returned to run Sarto in Providence. 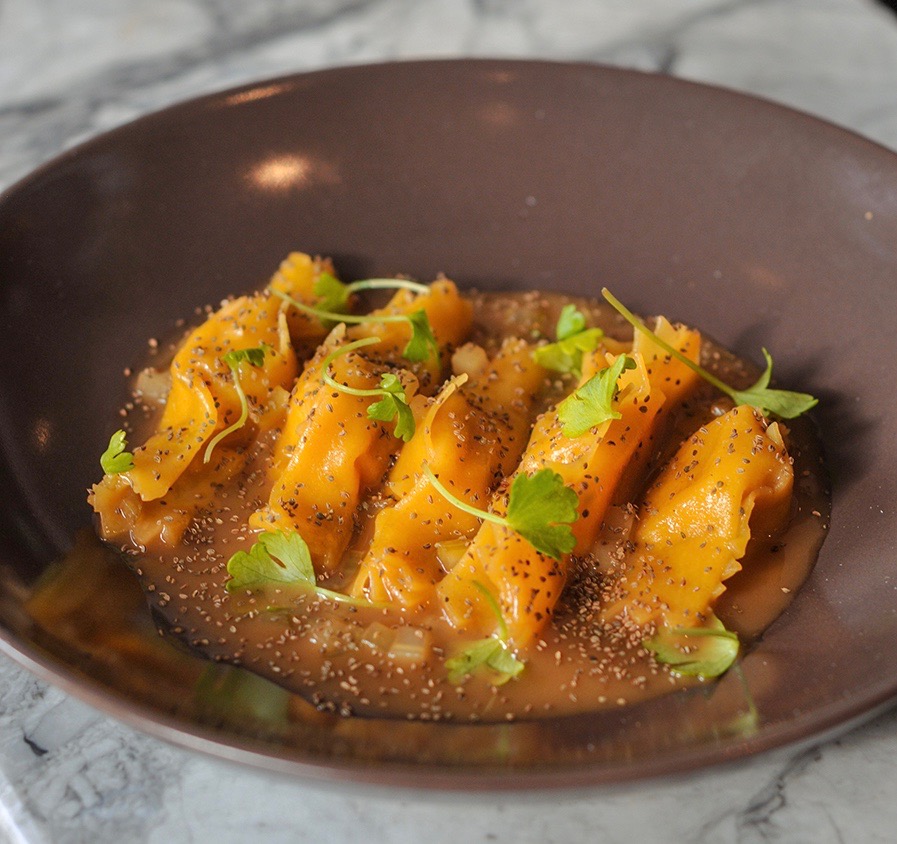 The Ocean State has a boomerang effect on born-and-raised Rhode Islanders. Sarto executive chef and partner Robert Andreozzi’s path led him from his home in Bristol to restaurants across the country and back to Providence to open the city’s new Italian osteria and salumeria with a modern Rhode Island angle inside the Providence G building. The centerpiece of the restaurant is its vintage, hand-cranked Berkel Model 21 meat slicer. The refurbished machine slices the cured meats and can be seen from the street. The restaurant also features fresh pastas, Rhode Island seafood and an Italian wine list with great Italian cocktails. 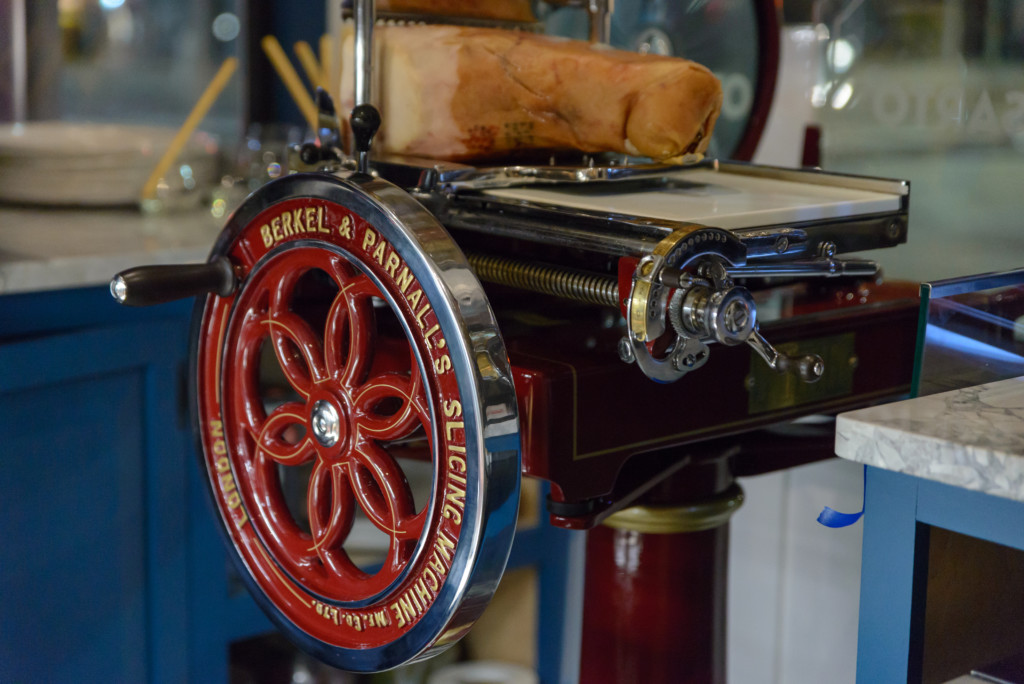 Andreozzi graduated from Roger Williams University in Bristol with a political science and pre-law degree, but decided to skip law for culinary school at Johnson and Wales University’s Denver campus. There, he set himself up for an internship at Dan Barber’s Blue Hill at Stone Barns in Pocantico Hills, New York, where he learned what it takes to produce locally driven cuisine at a high-end, large restaurant using food from its on-site farm and other area farms.

“It was a great building block for me to learn about relationships with farmers and artisans and that’s a huge part of what we are trying to do here,” he says, referring to Sarto. While he’s not where he wants to be yet because Sarto opened late in the growing season, he’s striving for more local connections in the future. “You have to force yourself to be creative in the off-season when you don’t have tomatoes and peas at your beck and call twenty-four-seven,” he says.

From Blue Hill at Stone Barns, Andreozzi went on to work at New York’s Del Posto, where he picked up skills for making handmade pasta, but he really refined his fresh pasta techniques when he moved on to Frasca Food and Wine in Boulder, Colorado. And now he’s back in Rhode Island, running Sarto in Providence, which emphasizes a menu of local fish, salumi and his delicate fresh pasta.

“As a stubborn Rhode Islander, I wear it as a badge of honor to be a Rhode Islander. I am proud of where I grew up on Narragansett Bay,” Andreozzi says. “Even when I was in Colorado on a great trajectory, I was being pulled back by something. It was the water. It was the ocean and just knowing I am near the water; it is such a sense of serenity and calmness. The mountains are so majestic and gorgeous. But it’s still not as good as the ocean.”

And what comes out of the ocean. Sarto is putting some of Rhode Island’s best fish to good use. Narragansett Bay Lobsters drops off seafood so fresh, it comes straight out of the ocean to his kitchen. “They are absolutely incredible,” Andreozzi says. “We got black sea bass in the other day. I have never gotten a fish that was so fresh that it was still in rigor and I had to wait two days to use it.” 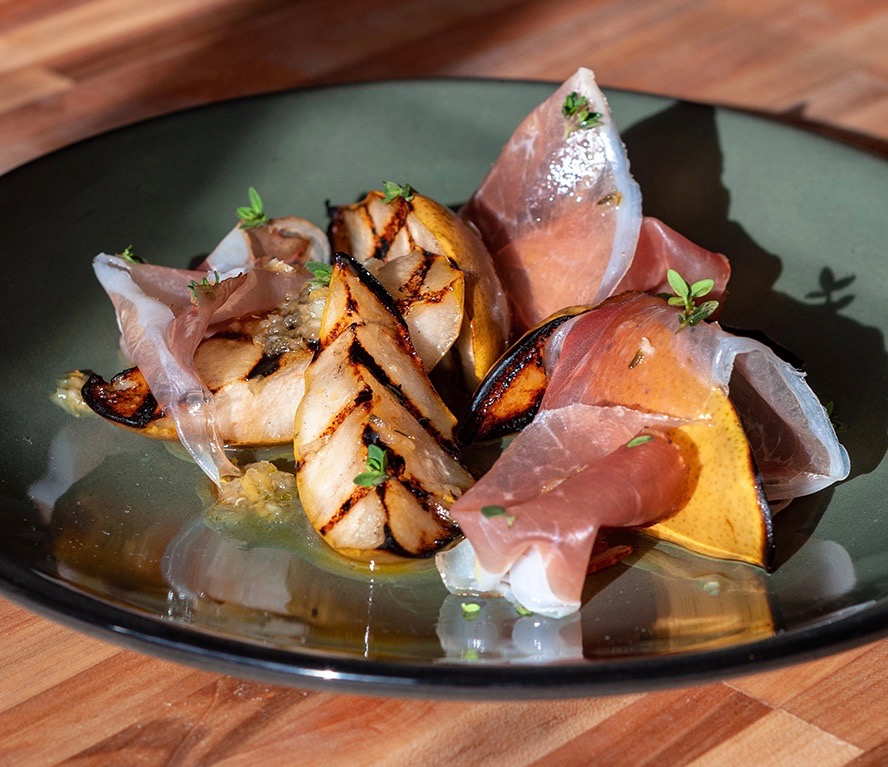 From local Rhode Island fish to the coffee milk Budino, a coffee milk pudding, Andreozzi leaves an Ocean State stamp on many of his dishes. He has a sense of pride for his home state, and for Providence. “I look at places like Denver, Charleston and Portland and they are wonderful and thriving and get a ton of national press as great food cities, and as great cities to visit, and I want that for Rhode Island,” he says. “I am proud of my state and, in some small way, I want to make it even better, if I can.” 86 Dorrance St., Providence, 401-270-0790, sartoprovidence.com

Sarto is now hosting an apertivo menu Tuesday through Friday from 2 to 6 p.m. The menu features Italian drinks and snacks such as arancini and deviled eggs, as well as items from the Salumeria including prosciutto-wrapped breadsticks. Select wines will also be offered by the glass, as well as classic cocktails, an assortment of spritzes and the Sarto Pilsner, a special collaboration with Revival Brewing Company, along with the restaurant’s full cocktail menu.