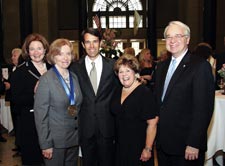 The Sisters of Mercy of the Americas Northeast Community held a fundraiser on May 8 at the Providence Performing Arts Center honoring Marie Langlois from Washington Trust with the Governor’s service award. The reception was followed by a performance of The Drowsy Chaperone. 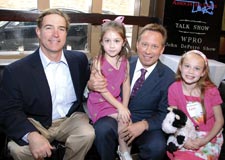 On May 8, downtown at The Prov, WPRO’s John DePetro celebrated being named the 2008 Associated Press Winner
for Best Talk Show. 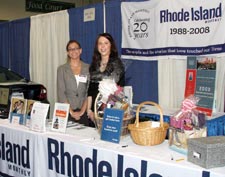 The Greater Providence Chamber of Commerce’s Business Expo 2008, sponsored in part by Rhode Island Monthly, was held May 6 and 7 at the Rhode Island Convention Center. The two-day event featured speakers, seminars, networking receptions and more.