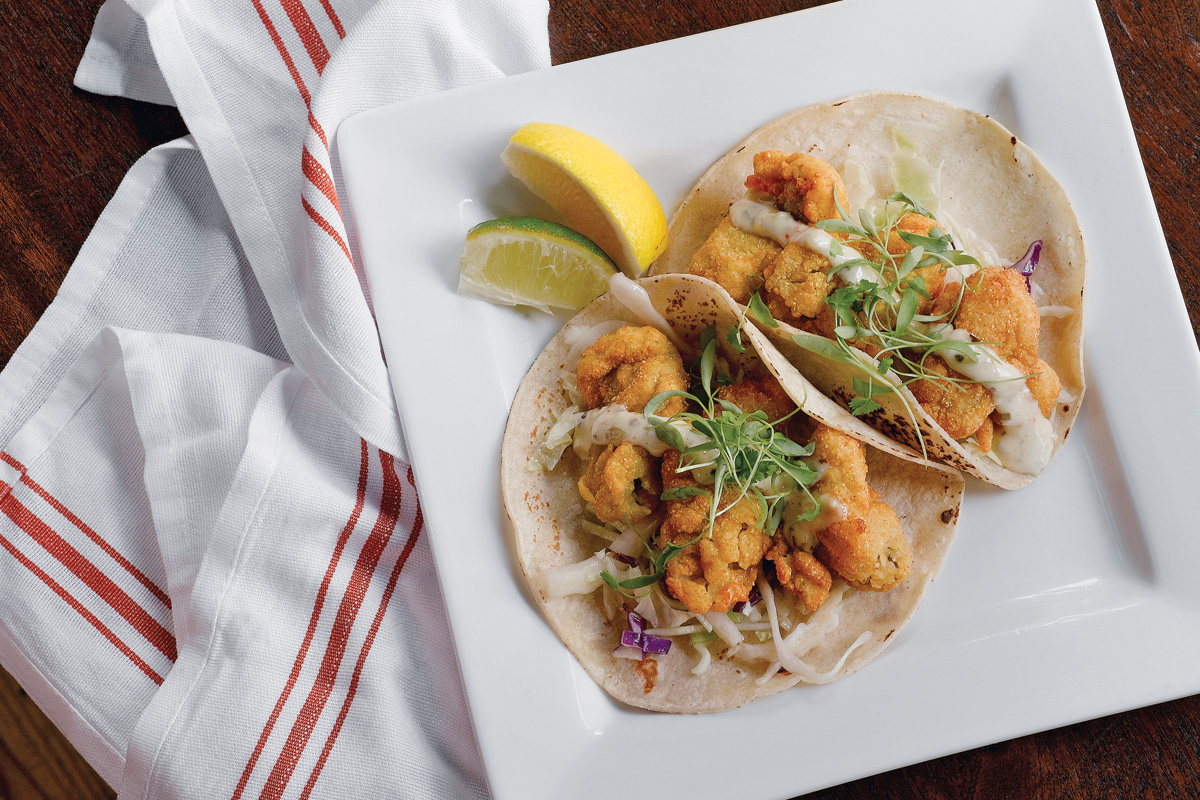 Oysters Trio
Matunuck Oyster Bar
An appetizer includes twin sets of B.L.T., bourbon and Rockefeller-style oysters. The B.L.T. bivalves are grilled with arugula pesto, pork belly and tomato, Rockefeller oysters are baked with Pernod, spinach, bacon, breadcrumbs and fresh herbs, while the bourbon versions are broiled with a bourbon chipotle sauce. You can also order each variation as a half-dozen. 629 Succotash Rd., South Kingstown, 783-4202, rhodyoysters.com

Fried Oyster Tacos
Midtown Oyster Bar
A pair of corn tortillas arrive piled high with several plump and crisp fried oysters complemented by the crunch of napa cabbage slaw drizzled with remoulade. Squeeze a fresh slice of lime or lemon for a touch of acidity with every bite.
345 Thames St., Newport, 619-4100, midtownoyster.com

Crispy Bluff Hill Cove Oysters
White Horse Tavern
The oldest tavern in America puts a playful spin on the fried oyster by using local harvested beauties from the Point Judith Pond oyster farm. The briny morsels are coated in a cornmeal crust, fried, then topped with fennel-chive butter and paired with a carrot and radish slaw. 26 Marlborough St., Newport, 849-3600, whitehorsenewport.com

Grilled Oysters
George’s of Galilee
If you can’t make the buck-a-shuck afternoons Monday through Friday from 3 to 5 p.m., then don’t miss the grilled oysters appetizer (or do both!). Five to seven oysters from Bluff Hill Cove oyster farm — located a stone’s throw from the restaurant — are shucked and grilled on the half shell with garlic, butter, parsley and parmesan. 250 Sand Hill Cove Rd., Narragansett, 783-2306, georgesofgalilee.com

Oyster Cheers
Oysters are at their best during the holiday season, so why not clink shells instead of glasses? Walrus and Carpenter Oysters has a farm share, also known as a CSA (community supported aquaculture) for pickup in Providence. Between Thanksgiving and New Year’s Eve, the farm has scheduled dates and a location where you can score dozens of shellfish for your holiday party. The bivalves are harvested and in your hands in less than twenty-four hours, and they might even teach you how to shuck them. Find dates and location at walrusandcarpenteroysters.com. 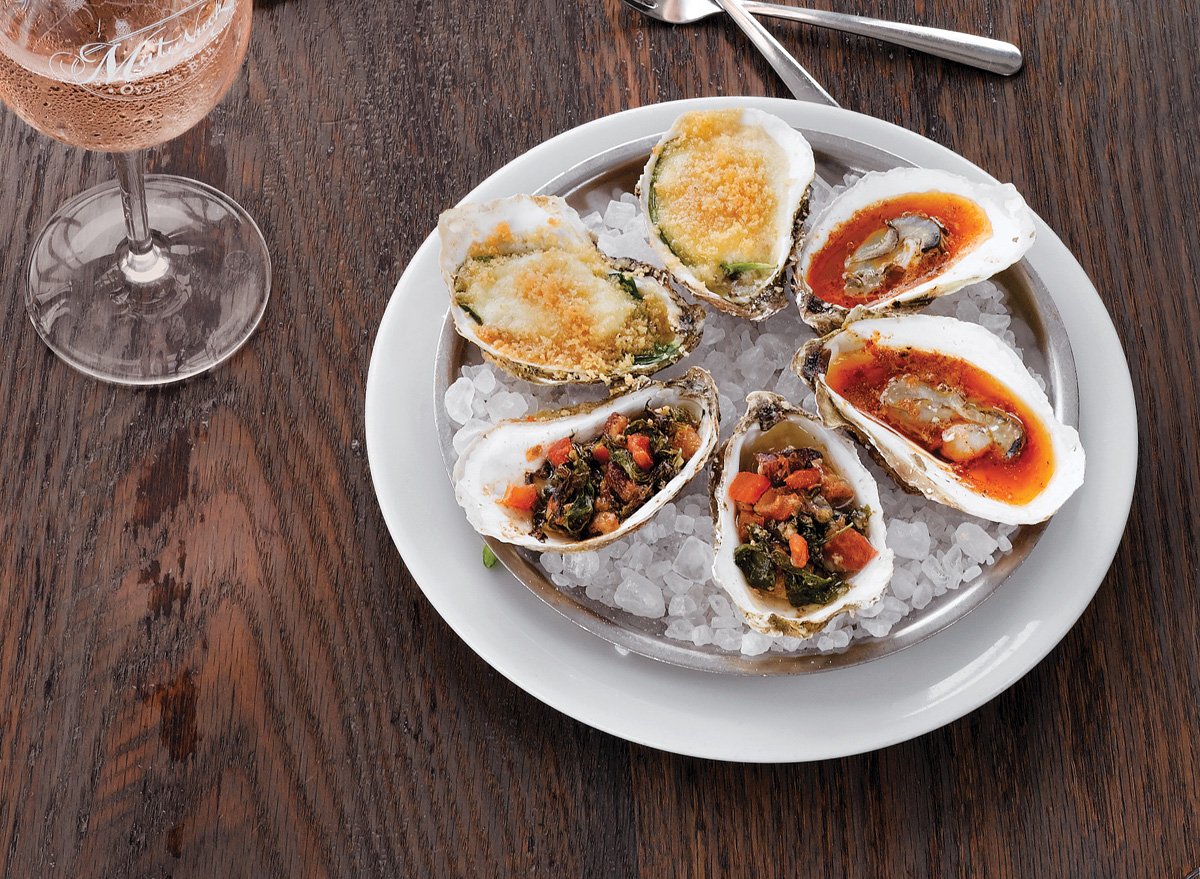 “Thanksgiving oysters taste the best. The oysters continue to feed until the water temperature gets below 50 degrees, which happens sometime in November. Therefore, the oysters have the most meat and highest fat content of the year, which results in the best taste.”
–David Beutel, aquaculture coordinator, Rhode Island Coastal Resources Management Council