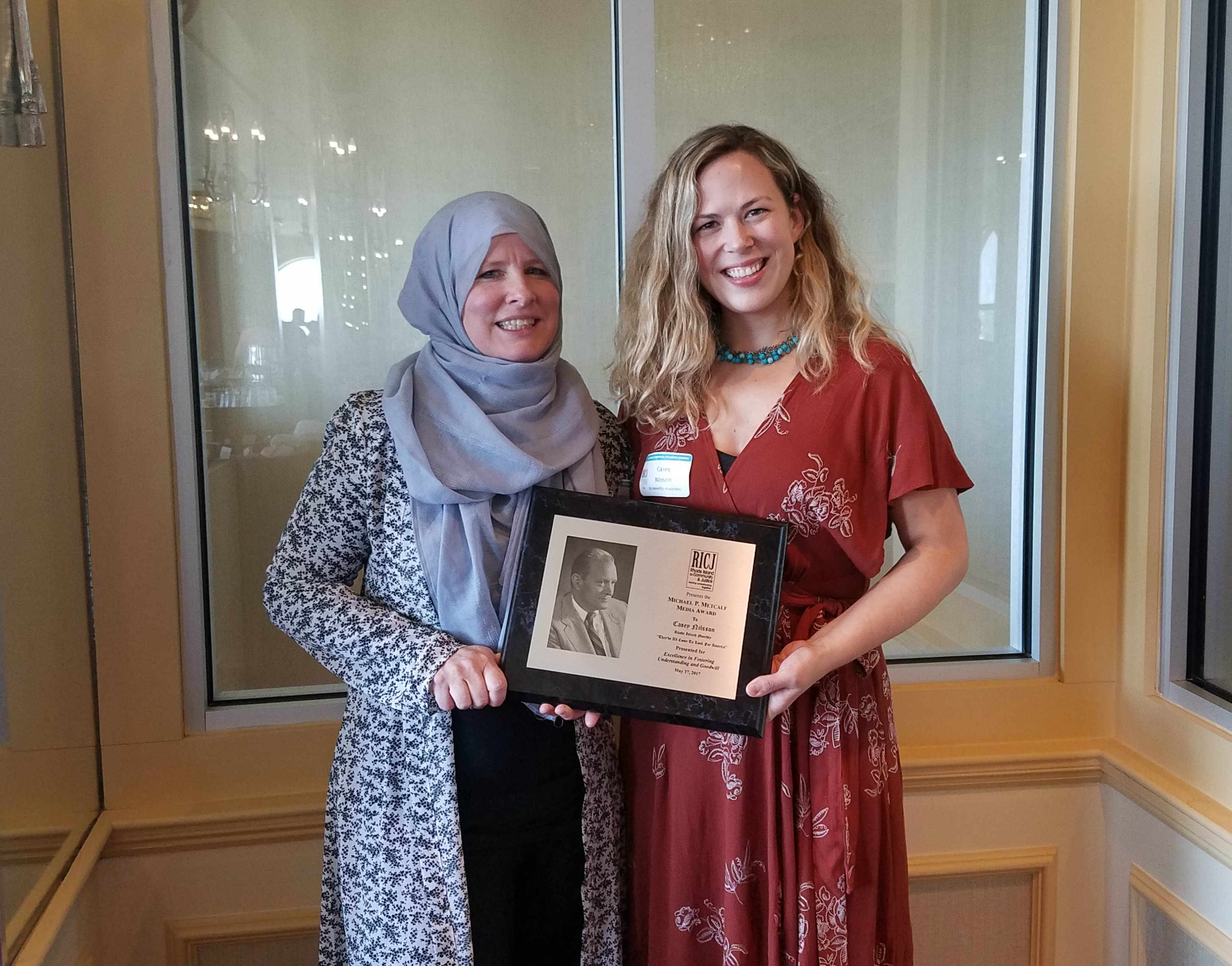 This morning, six distinguished journalists and their media organizations received Metcalf Awards for Diversity in the Media, which was organized by Rhode Island for Community and Justice. A breakfast was held at the top of the Biltmore Hotel, where the people who were the subjects of the award-winning coverage in print, radio and broadcast gave an insider’s perspective on the stories, while also introducing the journalists.

The Metcalf Awards were founded to honor Michael Metcalf, publisher of the Providence Journal, for his community contributions and his recognition of the media’s power to offer insights that can promote understanding. The Metcalf competition is judged by a panel of journalists, faculty and community.

Attendees learned about the hard work and dedication it takes to report these important stories, which often take months and months of research, interviews and communication. Rhode Island Monthly associate editor Casey Nilsson was one of the recipients for her story, “They’ve All Come To Look For America”.

From the program: “The story is a profoundly detailed and complex look into the life of the al-Hariri family, their resettlement in Providence, and the people and groups who helped support that transition. Through Casey Nilsson’s reporting, we meet a family who was forced to leave their livelihood of farming and masonry in southern Syria — as well as family members — to resettle in Providence’s South Side. We watch the family learn English, navigate the police activity and violence in their new neighborhood, and build community with the help of Ahope co-founder Cheryl Al-Sasah and others. Nilsson also situates their story in a broader context of refugee resettlement in the United States and Rhode Island, shedding light on the extensive process and many challenges that accompany resettlement. In a political climate saturated in fear and ant-immigrant rhetoric, “They’ve All Come To Look For America” is a powerful and humanizing antidote.”

Community Award:  “Invest in Your Strengths” by Vanessa Toledo-Vickers of the Academy for Career Exploration, and Latino Public Radio RI.  Presenter: Tim Hebert.