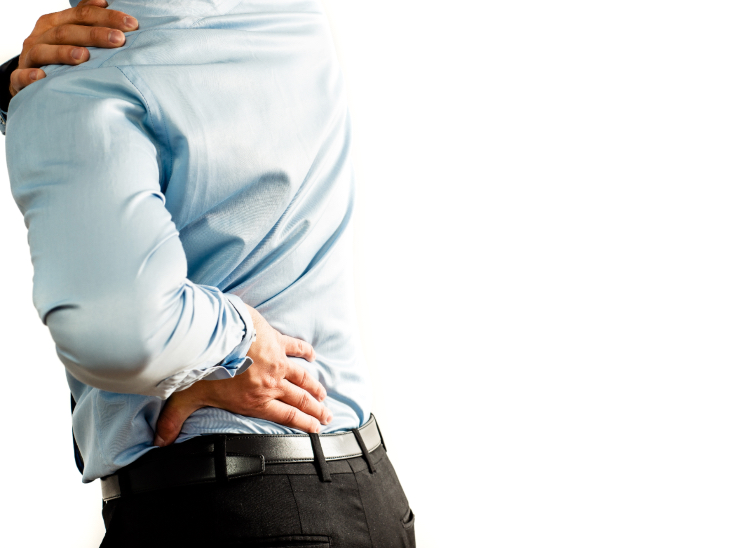 Doctor Martin Roussel of East Bay Chiropractic Health Center has been treating patients for thirty-seven years. Growing up with a father who was a chiropractor gave him insight into the benefits of chiropractic work. When a girlfriend of his began passing out and was experiencing fits of irrationality, she decided to be seen by a chiropractor. She was told that she had a misalignment of her cervical spine which was irritating her pituitary gland. He was amazed that something like this would respond to chiropractic issues. It’s these types of experiences that drive Doctor Roussel.

What is your approach to chiropractic care? How might it be different from other chiropractors?

Well, the chiropractor that helped my girlfriend did a technique called applied kinesiology, which is a way of evaluating issues in the body by using muscle testing. So that wound me into chiropractic with that particular technique. It’s a bit broader in being able to find issues with the body that you can find rather than just by adjusting the spine. It’s a muscle testing technique that allows you to utilize muscle tone to basically get information about different stressors in the body. You use it by testing an indicator muscle that’s strong and then there’s ways to challenge the body where weaknesses show up. When those weaknesses show up it indicates there’s something to work on.

What are some common myths people believe about chiropractic care?

Chiropractic care did not start out being just for bad backs and necks. The first patient was the janitor of a doctor in Davin Port, Iowa that was hard of hearing. A couple of years ago, he felt a pop in his upper back and neck area and as soon as that happened he lost his hearing. The doctor saw a big misalignment of his spine and adjusted it – He got his hearing back. From then, the doctor started to evaluate how the nervous system impacts health. It’s an overall health issue. While chiropractic adjustment does get rid of back and neck pain and helps with whiplash and sciatica and all those things you relate to spinal problems, the reality is that it increases the communication between the brain and the body. Because the spine is the major conduit of your nervous system, these misalignments — called spinal subluxations– interfere with that communication process and mutes your ability to heal. The adage is that chiropractors don’t adjust you to feel better; they adjust you to heal better.

What are some health benefits of seeing a chiropractor?

People sleep better, for one. Many people in my age group that have a tendency to get up in the middle of the night to go to the bathroom, experience the nerves that control the bladder in the kidneys which become overstimulated with spinal subluxations. Once you back off the nerves that are controlling those organs, things calm down and you don’t have to get up in the middle of the night. It really affects your entire nervous system. If you have an upper cervical issue, people start realizing they don’t get their allergies in the fall because their nervous system is functioning at a higher potential. Or in the lower back, people can do more. People that are sedentary or want to lose weight but can’t because their backs are killing them get a chance to feel better. Again, the focus is trying to impact people’s health.

When should people seek out chiropractic care?

Ideally people can seek chiropractic care at any time. We have a lot of children that come in and they’re not necessarily hurting. They come in because they do better in sports or better with testing. It’s all about neurological enhancement and communication between your brain and body and your understanding of how all that functions.

Some people are afraid of chiropractors.

Yes, they think we’re going to pop their necks or crack their backs. Sometimes there is noise when you make an adjustment, but interestingly enough it’s not even bones cracking. It’s fluid near the joints that is being released. It’s really not traumatic at all. I mean we work on little babies, we have a ton of high school kids and we have people in their eighties and nineties that we treat.

What final piece of advice do you have about chiropractic care?

Just get checked. People can see a chiropractor just to wonder if this stuff may help them do better at work. A friend of mine worked in a high-rise with banking and investment firms and they would come to him and their bottom line would improve when they were adjusted because they had more focus and energy just by being subluxation free and having their nervous system functioning at a higher potential. And it shouldn’t be a fear thing. There’s been a lot of propaganda out there that it’s dangerous and it causes strokes. But the rate at which a person might get a stroke from a chiropractic adjustment is less than a woman going to a hairdresser and putting her hair back and getting it washed. It’s extremely unlikely. When you think about side effects of medication, it’s not even in the same ballpark. It’s really not dangerous at all.

The Effects of Acupressure from Rhode Island Owned Product: Sea-Band