The Rhode Island native placed tenth on the eleventh season of American Idol. 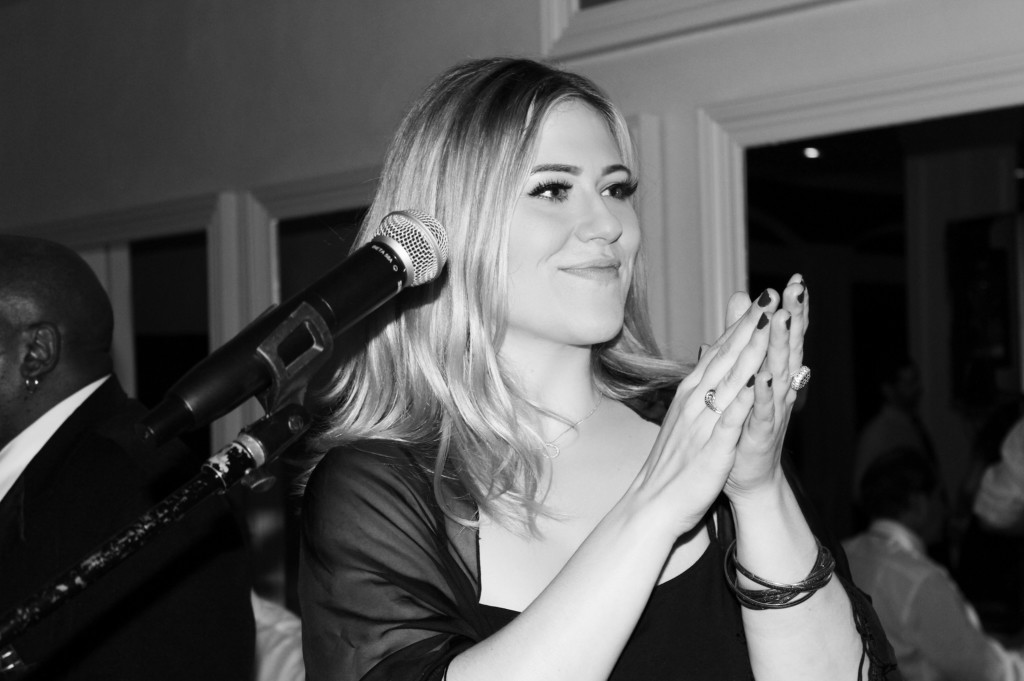 Erika Van Pelt is a Rhode Island native who has flourished in the music scene. She placed tenth on season eleven of American Idol.

How long have you been playing music for?

I had a typical church upbringing where I sang in the choir from age four until age twelve. My dad and mom were musicians although my mom had horrible stage fright. My dad was the complete opposite, he loved every minute of being in the spotlight. I am at this weird in the middle where I love to perform but the anxiety side definitely comes out sometimes.

What was your music life like when you were in Rhode Island?

All through high school I always did the All State Rhode Island Festivals. My band played one of the headlining spots at the Washington Country Fair; that was our first time doing that as a group. I will definitely do a CD release here in Rhode Island when my next album is done.

Who are the people in your band and when did you create it?

My partner Ryan and I actually met through an agency that puts people together to play at weddings. Our music interests and tastes were so similar. Next thing, we were friends, then we were dating and five years and over 1,000 shows later, here we are. We do about six shows a week where five are acoustic and one is full band. Jeremy Kindsvatter is our bass player and sings backup, Kurtis Bento is our drummer, our keyboard player is Emmanuel Blethy and Mitch Fortier is our sax player. 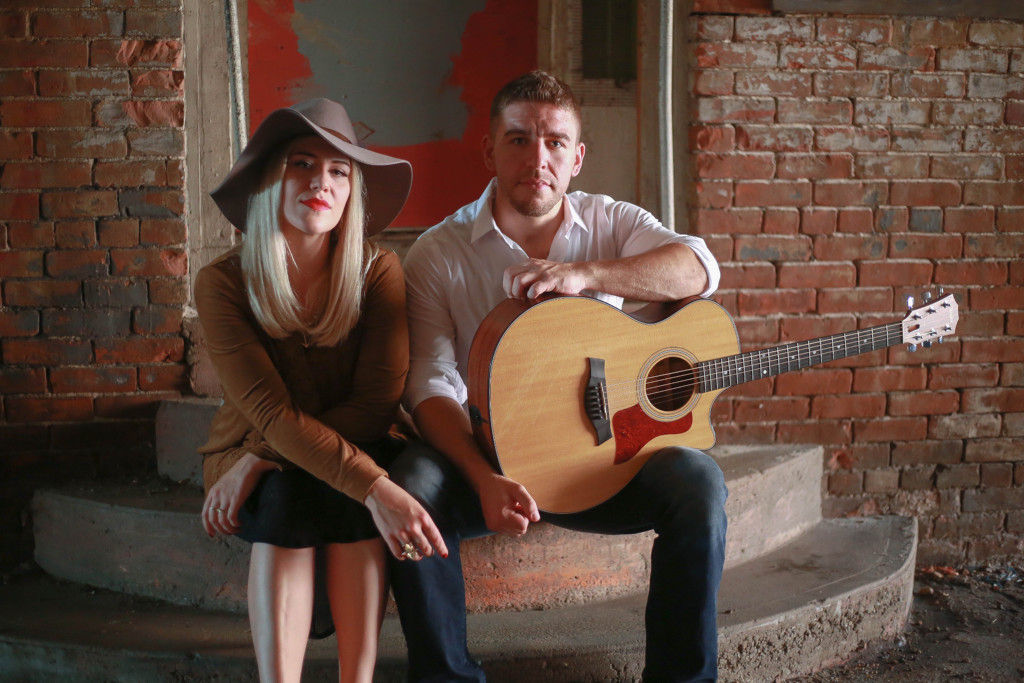 So, what was it that made you give American Idol a shot?

Disney World had an American Idol experience. I was on vacation and figured I had a couple of extra hours in the day to try it. I ended up winning and they gave me a fast-pass to the front of the line at any real American Idol Audition.

What was the audition process like? Do you remember your audition in front of the judges?

The initial audition was at Heinz Stadium in Pittsburg. There were about 11,000 people there to audition but only two of us ended up in Hollywood. The first few rounds of producer auditions took about a month which was followed by four months from when I first auditioned to when I stood in front of the judges. It was about a year and a half of my life from start to finish. When I go back and look at the tape, it looks like I had it together, but I didn’t. Sometimes you can seem composed on the outside, but when I watch my audition now, I can hear where my nerves were trying to work against me.

How much time did you get with the judges while you were on the show?

We spent a few hours each week with them for rehearsals and behind the scene shooting. It wasn’t a lot, but I remember spending more time with Steven Tyler. We bonded a little bit because he’s a local guy from Massachusetts.

It was crazy. I remember Steven Tyler just gave me a big hug and he whispered to me, “You just remember that you are a force to be reckoned with. Don’t forget it.” I was smiling through the tears thinking that about how much I would miss my friends. I got sent to a hotel by myself and the next day I was on a plane back to Rhode Island. I knew it was the end of that chapter, but I also knew there was more to come. 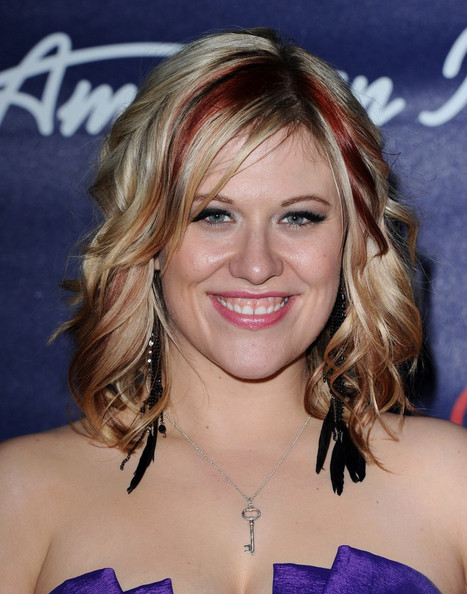 What was your favorite performance from Idol?

I think it was the week I got eliminated when I sang New York State of Mind. That was also the week that Tommy Hilfiger came on to help with the styling and ended up sending me to Beverly Hills to cut my hair off. It was not my choice to cut it, but it was my choice to dye it black. If I was going to go for a change than I really wanted to do it.

When you hit the Providence tour stop, how did it feel being back in Rhode Island?

There is nothing like it. We started the tour in June and the Providence show was near the end of August. The schedule was really tight and I had already experienced doing this show so many times, but there was something so special about being in Providence. I remember the hometown support because I was from Rhode Island and I remember the applause feeling different there.

What happened once everything with Idol died down?

I came back to Rhode Island and got right back to work on my record. A songwriter reached out to me one day and said, “I’ve got $50,000 do you want to make a record?” The catch was that I was going to have to rework and record some of the songs that he wrote. Luckily, he wrote songs across all genres, so he had a big catalogue.

When are you hoping to have your next record done?

I am hoping by the end of this year. Our busy season is from May through the end of October, but when November rolls around, we can hit the ground running.

What is a word of advice for upcoming artists especially in smaller markets like Rhode Island?

You can reach anyone from a remote location and you need to stay in the forefront of people’s minds. I think it’s important to be yourself, as cliché as it sounds. It was always my thing, even when I was on Idol. I wanted to be as much of myself as I could. Even if I failed, at least I did it my way and I could be proud. Also, I think that working your tail off is important. 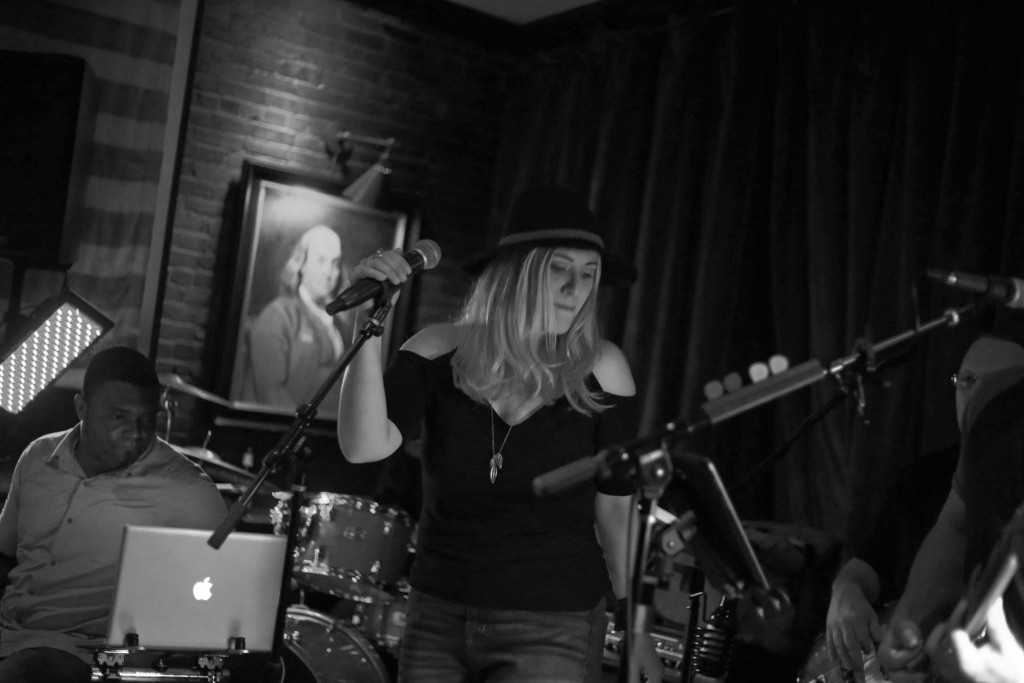 What are your favorite things about Rhode Island?

One of my favorite things is to exercise on the Cliff Walk or run on Bellevue Ave. I also love Providence because it’s one of the cities that just keeps getting cooler. It doesn’t matter if it’s small. I just love it here. It’s always going to be my home and I feel like even if I spend the next twenty-years in Boston, I will always be a Rhode Islander.

David Podsnap is Livening Up the East Bay