A View from the Prudence Island Lighthouse

We snuck inside the state's oldest lighthouse and we couldn't believe the view.

When Joe Bains was a boy, he got his thrills from flicking on two switches in his uncle’s hotel: One for the light, and one for the fog. Bains grew up on Prudence Island, a place that’s home to fewer than 100 year-round residents. During the 1950s, Bains’s uncle was a lamplighter for the Prudence Island Lighthouse, the oldest in the state. He lit it with electricity and sounded the now-defunct foghorn from his hotel about 300 feet away. But before the electricity — which went live during the deadly 1938 hurricane — it was lit with kerosene and, before that, whale oil. Despite its rich island history, the lighthouse, built in 1823, was originally located in Newport. It was deemed superfluous and, in 1851, was moved to the island’s east side. “Like a lot of things that come to Prudence Island, it wasn’t new when it got here,” Bains, a historian and part-time island resident, jokes. Now automated, the lighthouse no longer needs a keeper; it’s maintained by the nonprofit Prudence Conservancy. But the white granite structure still guides mariners through fair weather and poor, announcing its starboard presence in flashes of green. 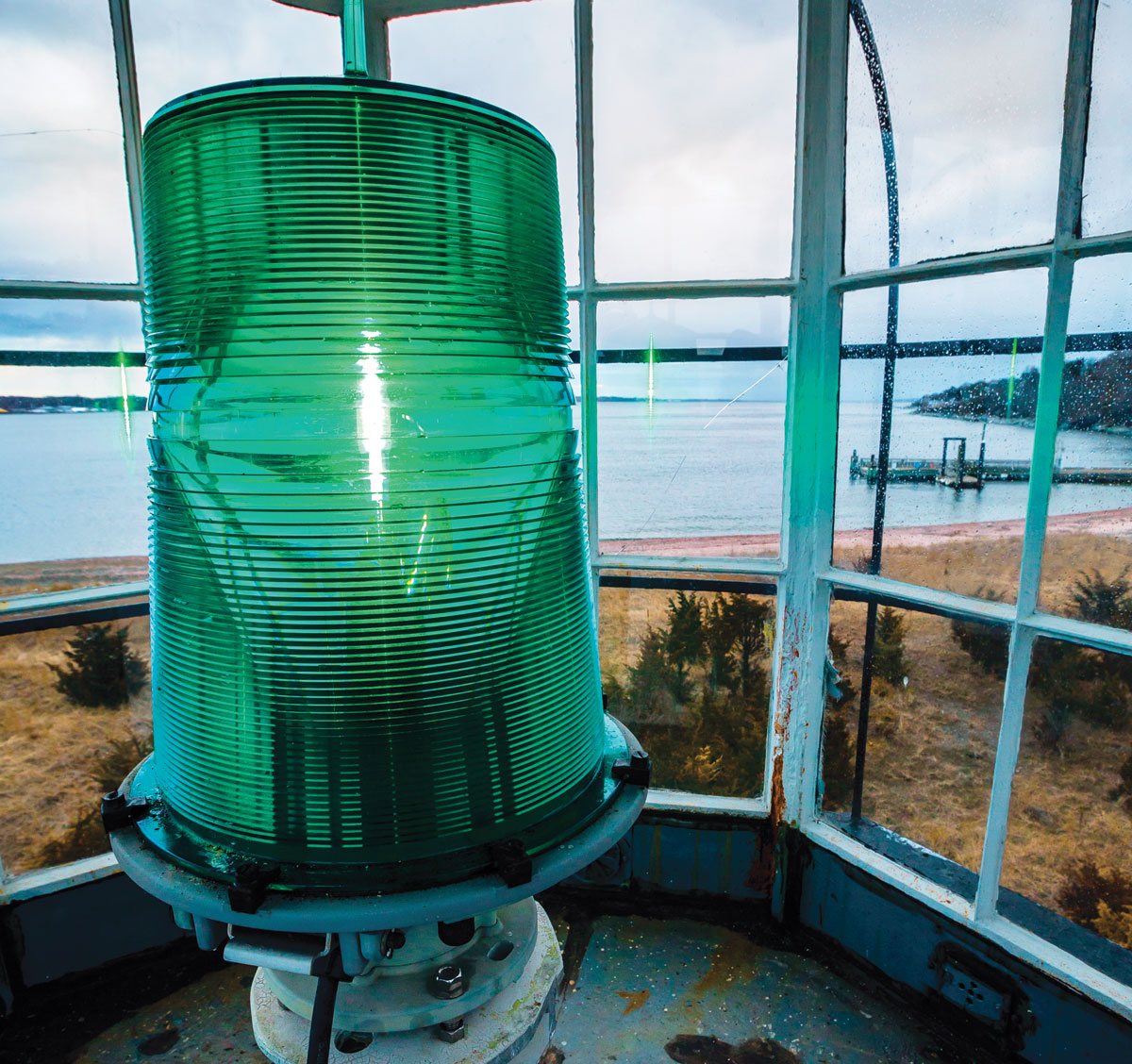