Get the recipe for Dan Rinaldi's Blazin’ Blue Crab Chili.

Local Providence firefighter, Dan Rinaldi, competed in America’s Best Firehouse Chili Recipe Contest last week. Hosted by Hormel Chili and the National Fallen Firefighters Foundation, Rinaldi was one of the five finalists chosen from across the country to compete in a fierce, live cook-off at the New York Fire Museum.

Rinaldi brought a unique dish to the table with his Blazin’ Blue Crab Chili recipe, which is made from Pork Belly, scallops and blue crab meat. The recipe was developed in the Providence Firehouse thirty years ago and kept secret from his fellow firefighters until its showcase at the cook-off. Rinaldi was awarded runner up for his recipe, bringing back a year supply of Hormel Chili for the Providence Firehouse and a golden ticket to compete in this year’s World Food Championship.

At the end of the competition, Hormel Chili presented the National Fallen Firefighters Foundation with a $20,000 donation to support heroic firefighters, their families and communities. 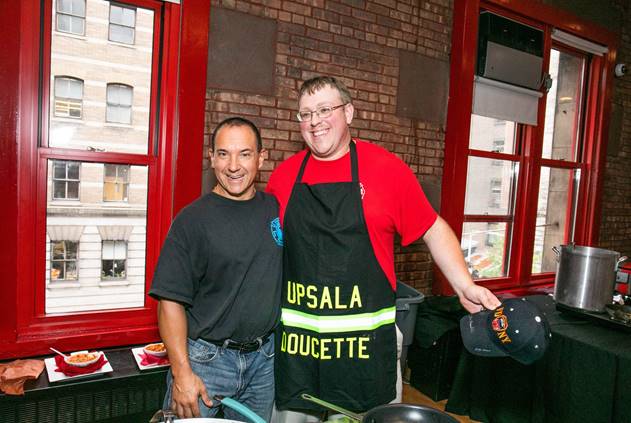