PrideFest is coming to Providence this weekend, June 14−16, and this year’s events give us even more reason to celebrate since Rhode Island recently approved same-sex marriage.

PrideFest is coming to Providence this weekend, June 14−16, and this year’s events give us even more reason to celebrate since Rhode Island recently approved same-sex marriage. Supporters from near and far are traveling to Providence for the festival, block parties, the Illuminated Night-Time Pride Parade, and special events at Luna’s and the Dark Lady, including appearances by DJ and rapper Cazwell and reality stars from “RuPaul’s Drag Race.” Here’s a lineup of events:

The ladies will want to head to Luna’s. Pride volunteers and sponsors get free admission to this annual Pride eve celebration catered by Bravo Brasserie with a live performance by Kim Trusty.

Meet Sharon Needles, Season 4 winner of "RuPaul's Drag Race," during her first Rhode Island appearance and performance at the all new Club EGO at 73 Richmond St. (the former location of Club Hell near PPAC). This event is hosted by Kitty Litter and benefits AIDS Care Ocean State. Buy tickets.

This is the main event, which includes the GLBT Marketplace and Business Exposition, the Kids Pride Zone and local and national entertainment, such as headlining act Thea Austin of the pop group SNAP. If her name doesn’t ring a bell, surely you know the songs, “Rhythm is a Dancer” and “I’ve got the Power.” The lineup of entertainment starts at noon and continues through 8:30 p.m. with performances by Ursula and the Glitterati, Becky Chace, Shadina, Richard Davia and more, as well as appearances by Jackie Collins, Nova Starr and  Alexis Mateo of “RuPaul’s Drag Race.”

New England’s only nighttime pride parade begins at the corner of Fountain and Dorrance streets. Local businesses and organizations spend weeks decorating incredible floats that will be unveiled tonight, and there will also be performance artists and marching groups traveling throughout downtown Providence. The parade will culminate at the RI Pride reviewing stand under the historic marquee at Providence Performing Arts Center. 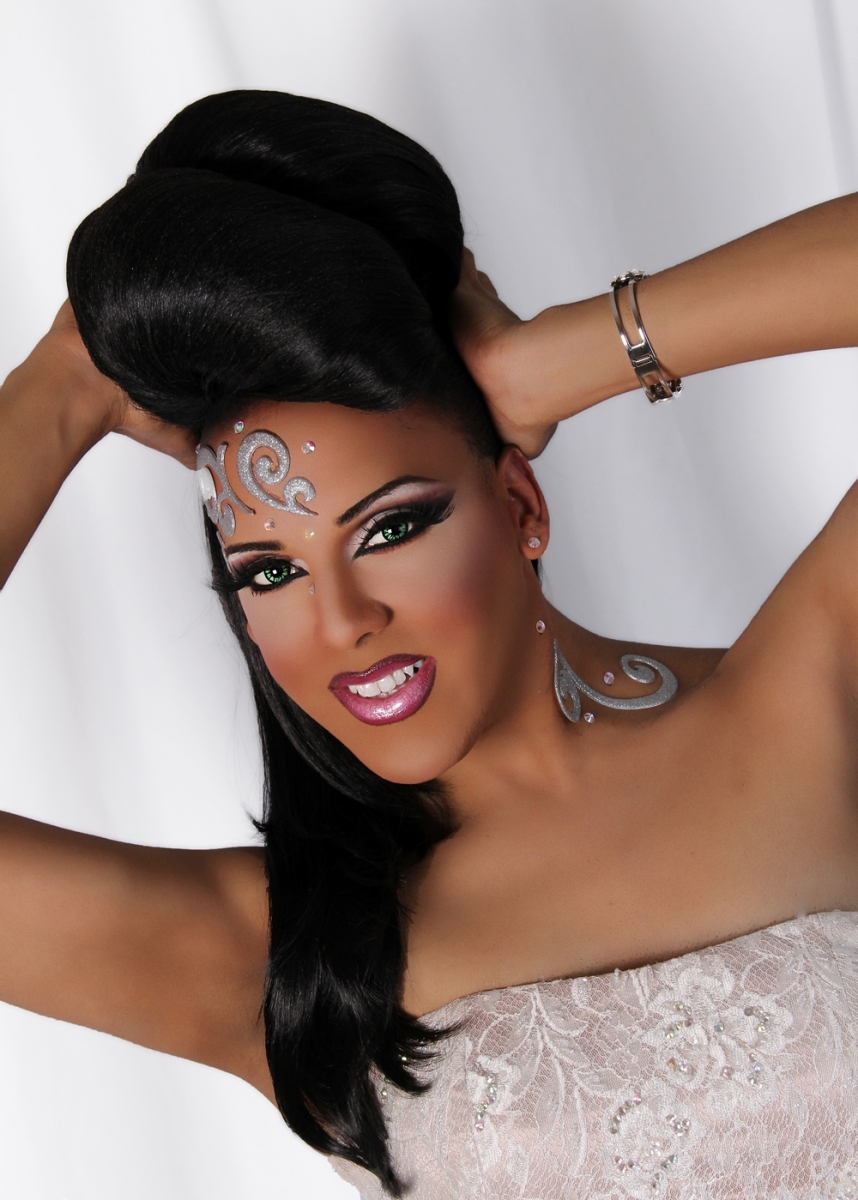 The Dark Lady is throwing the Biggest, Fattest, Tackiest Pride Party in RI, a block party with local food trucks in attendance, including Radish, Lotus Pepper, Fugo, Mijos and Panino Express."My Big Fat Gay Wedding," will be hosted by local celebrities Sabrina Blaze and Haley Star, including performances by Coco Montrese, the official winner of Miss Gay America and contestant on ”RuPaul’s Drag Race” Season 5, along with Alexis Mateo from “RuPaul’s Drag Race” Season 3 (pictured, right). There will also be music from DJ AV8 and DJ Joey.

Mirabar is hosting an outdoor party with dancing, a light show and digital video screens. DJ Cisco and DJ Kenny will be spinning and there will be food available on the grill all night.

Stable’s party will be hosted by Kitty Litter, and it includes four bars and an outdoor stage with dancing all night. A big surprise performance will take place at 11 p.m.

This ladies night block party includes DJs Lightning, Reza Wreckage and Andy Morris spinning inside and outside for some dancing under the stars. At 11:30 p.m., there will be a live show featuring Drag King Charlie Prophet, burlesque with Corinne Southern and Blitzen Von Schtup and Rachel Lindenthal will show off her hula-hooping skills. Expect drink specials and burgers (and veggie burgers) on the grill.

Cure your Pride hangover at the ROI, where local personality Jacqueline DiMera, Miss Gay Rhode Island 2013 Justus Starr and other guests will entertain you over food and drinks.

Salon Bianco will be doing "Hangovers and Haircuts," outside of Alley Cat on Sunday, to benefit Aids Care Ocean State. Adults can get a haircut for only $25, and kids for $15.

For more information, check out the 2013 PrideGuide.