Plant City Opens with Four Vegan Restaurants Under One Roof

Four dining concepts open under one roof are now open at Plant City, Providence’s new vegan food hall. The two-story, 10,000-square-foot building at 334 South Water St., formerly known as Barnsider’s Mile and A Quarter Restaurant,​ is the latest project by Matthew Kenney Cuisine, led by chef, author and wellness entrepreneur Matthew Kenney. The entirely plant-based food hall has four restaurants with a total of 225 seats and an outdoor patio, and it’s located right across from the Providence River Pedestrian Bridge, which should open this spring, making the East Side more accessible by foot and bicycle from the city’s bustling Jewelry District. 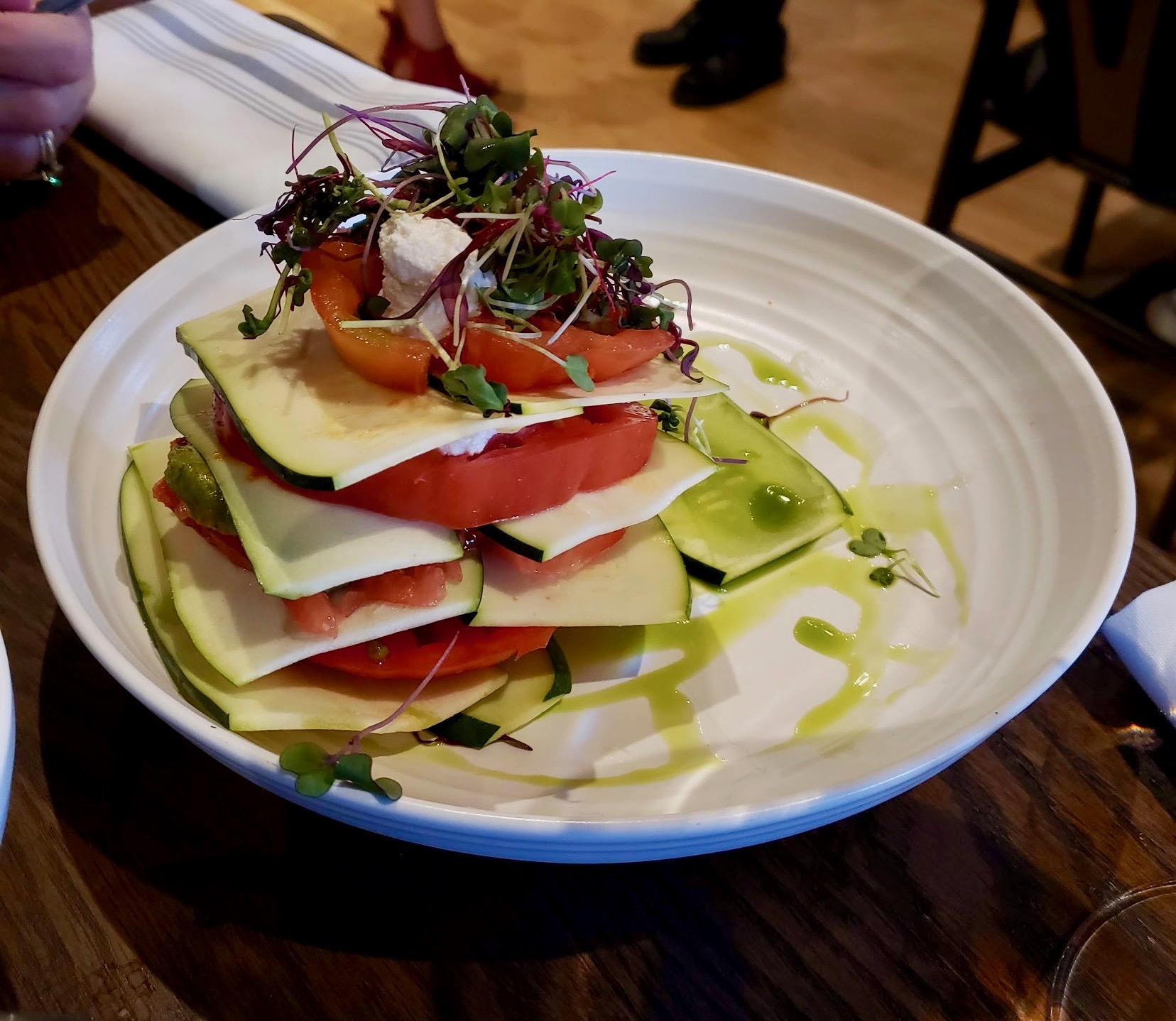 Last week, we got a sneak peek and tasting at Double Zero, the food hall’s Michelin-rated pizzeria that is an extension of the New York City flagship location. In fact, it was Kenney’s New York City-based East Village restaurant, Double Zero, that inspired bringing this project to Providence. Plant City’s Rhode Island-based investors, the all-vegan Anderson family, would run to New York City to dine at Kenney’s restaurants, but longed for that type of cuisine in Rhode Island. So they approached Kenney to bring this cuisine to their home state. 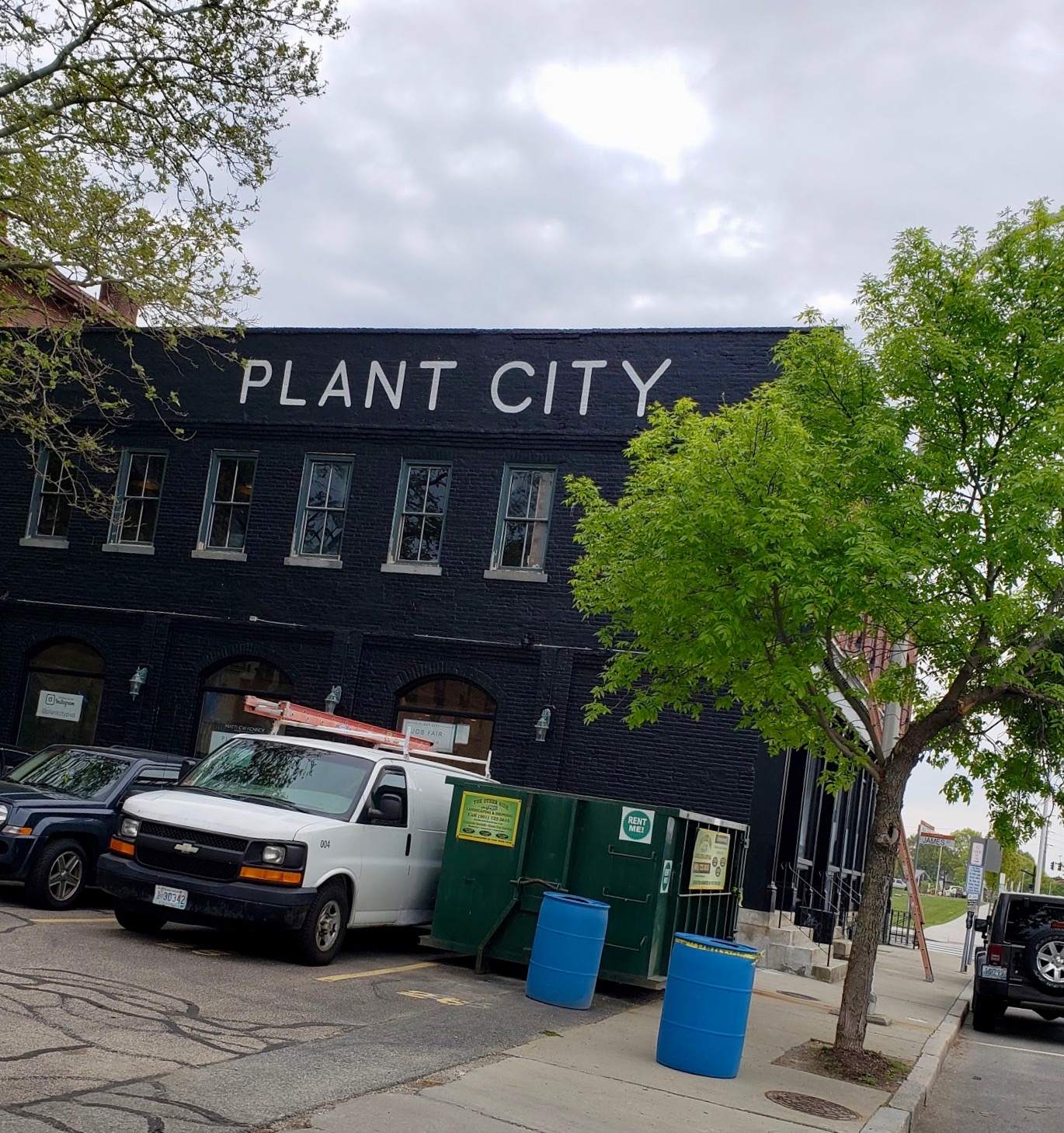 The exterior of Plant City.

“We would go to New York on business, and we would run to Matthew’s restaurants in New York and order the lasagna at Double Zero, and we kept coming home and saying, we miss that food. We reached out to Matthew and said we want to take all of your favorite concepts of ours and put them all under one roof,” says Kim Anderson at the sneak peek opening. “And he said, I’m in.”

Plant City i​s just one of many Matthew Kenney Cuisine restaurants arriving to new cities this spring. “This is the first project we’ve done on time in over two years,” says Kenney with a laugh. “Over the years, we fought and stayed alive for many years so we could be here today. After a lot of years of challenges and setbacks and all sorts of fun, we now have restaurants on five continents and we will have forty-five or fifty restaurants next year.”

Some of the more recent openings include ​Plantmade,​ an all-day restaurant in Sao Paulo, Brazil; ​Make Out, K​enney’s Los Angeles-based juice bar and all-day cafe in Manuel Antonio, Costa Rica, and two locations of ​Humbl,​ a ​chef-driven fast-casual concept coming to the Orlando area.

Kenney has a background as a two-time James Beard Award-nominated Rising Star Chef, who has also been named one of America’s Best New Chefs by Food and Wine magazine. In his former life, he was a master of French fine dining, but he changed his lifestyle and is spreading the word about plant-based cuisine around the world. “I had a career in non-plant-based foods for many years and was inspired by my upbringing in hunting and fishing and eating vegetables. I was trained in French cuisine to use as much butter and salt and rendered duck fat and foie gras as possible,” he says. “Seventeen years ago, my passion for health and wellness caught up with my passion for food and I wanted to take a step toward bringing that all together, and show the world that there shouldn’t be any compromise in the way we eat. We should be able to eat the food that’s best for us and not compromise on flavor, enjoyment and having a good night out.”

Kenney hopes to inspire others to eat more plant-based, without forcing it down people’s throats. “We are trying to shift the global food paradigm so that plant-based becomes a center of debate,” he says. “We aren’t trying to be so radical where you tell people, you can’t do this, or you can’t do that, but we want to get the options that are the best, the most flavorful, the most beautiful, the most tasty, the most economically viable, best for the planet, best for our bodies.”

Based on the early response, Plant City is well received in Providence. “Our company is all about doing whatever we can to bring our mission forward, and doing a 10,000-square-foot food experience business like this in Providence is a massive step forward in achieving that,” Kenney says. plantcitypvd.com

View a slide show of other menu items and the interior of Plant City.