World-renowned designer Pierre Cardin is celebrating seventy years in the fashion business with a months-long exhibition featuring his most iconic work at Rosecliff Mansion. 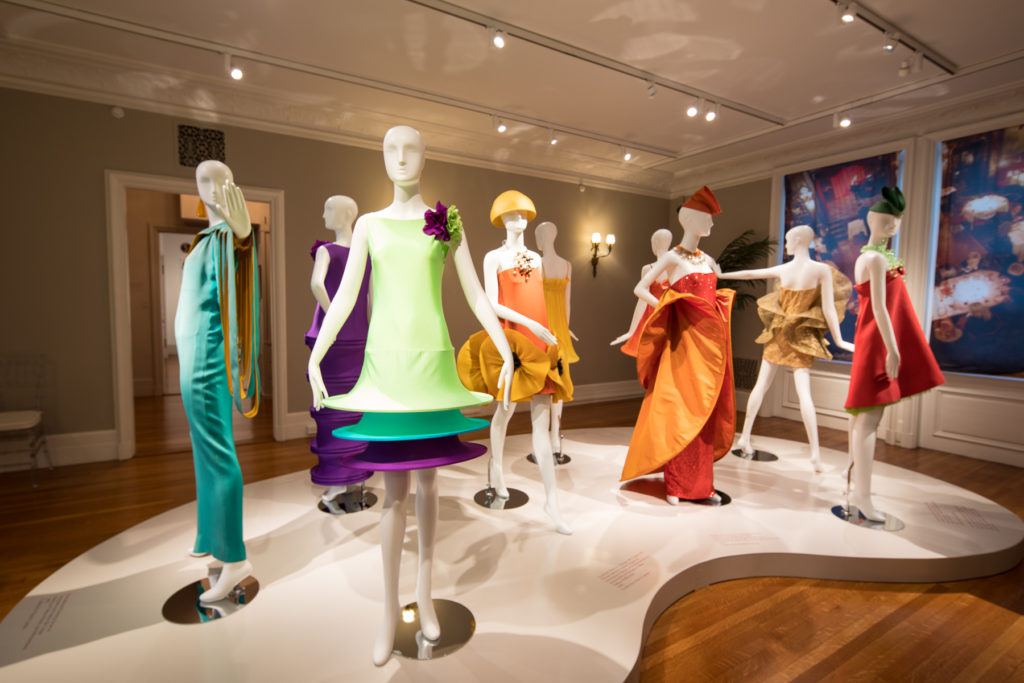 The Pierre Cardin exhibition at Rosecliff.

World-renowned designer Pierre Cardin is celebrating seventy years in the fashion business with a months-long exhibition featuring his most iconic work at Rosecliff Mansion in Newport. The fashion exhibition includes forty-two original pieces from Mr. Cardin’s private archives that document and celebrate his career from the 1950s through his 2016 spring/summer collection.

Some of the most memorable pieces include 1960s space-age looks from the Cosmocorps collection, unisex jumpsuits created for the 1972 Olympics, and the technologically advanced Cardine dress, made of thermo-formed fabric that was worn by Lauren Bacall in 1968.

The exhibit launch included a retrospective fashion show and cocktail party at the Breakers on Saturday, June 17. Originally, Pierre Cardin planned to travel from Paris to Newport to celebrate his ninety-five birthday at the runway show, but he had to bow out due to a recent fall.

Pierre Cardin said in a statement reported on Women’s Wear Daily: “I regretfully inform you that I will not be able to travel to Newport due to a recent accident. Please forgive me and inform everyone involved of my unforeseen absence. Sadly, I will not have the pleasure to be with you to attend the show that I personally designed, from start to finish, for Newport. I wish you much success in this incredible enterprise, and the show must go on.” 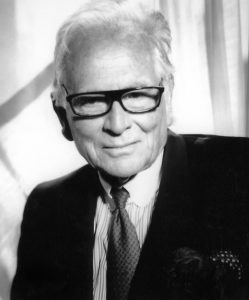 The exhibition, Pierre Cardin: 70 Years of Innovation, will be on display at Rosecliff Mansion through Jan. 1, 2018. StyleWeek Northeast founder Rosanna Ortiz and team produced last Saturday’s runway show in collaboration with Cardin and his team in the Great Hall of the Breakers, Newport’s largest and most iconic Gilded Age mansion.

“This feels amazing. There’s been lots of communication between our team and his team in Paris,” said Ortiz. “It’s a pivotal moment for me to be producing the fashion show for an icon.” 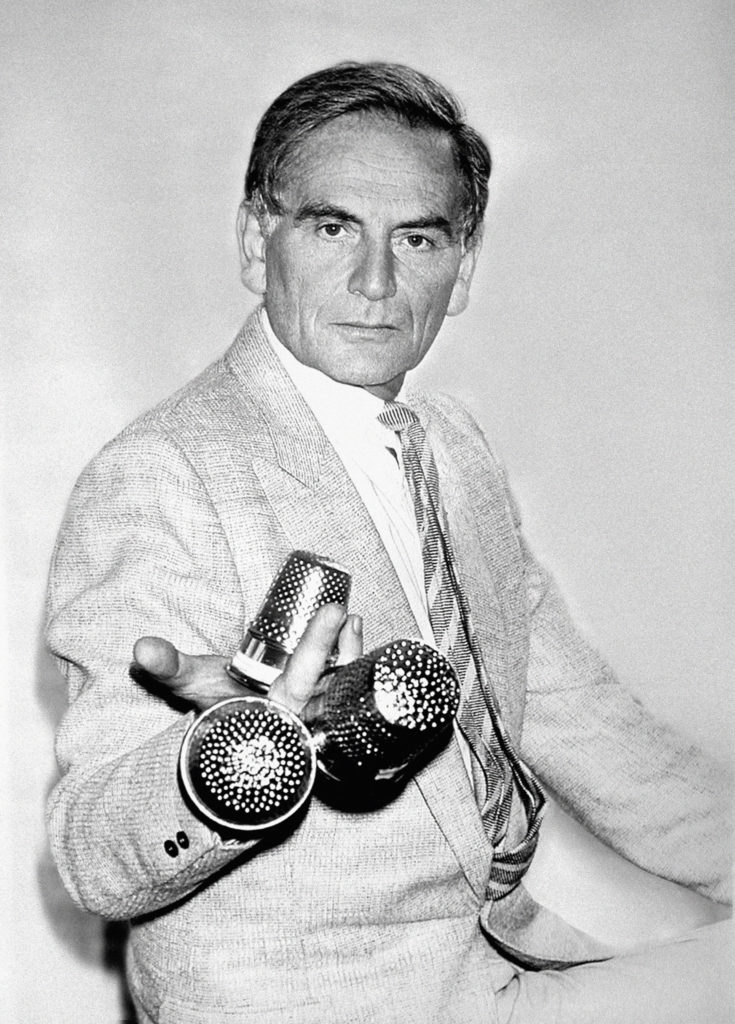 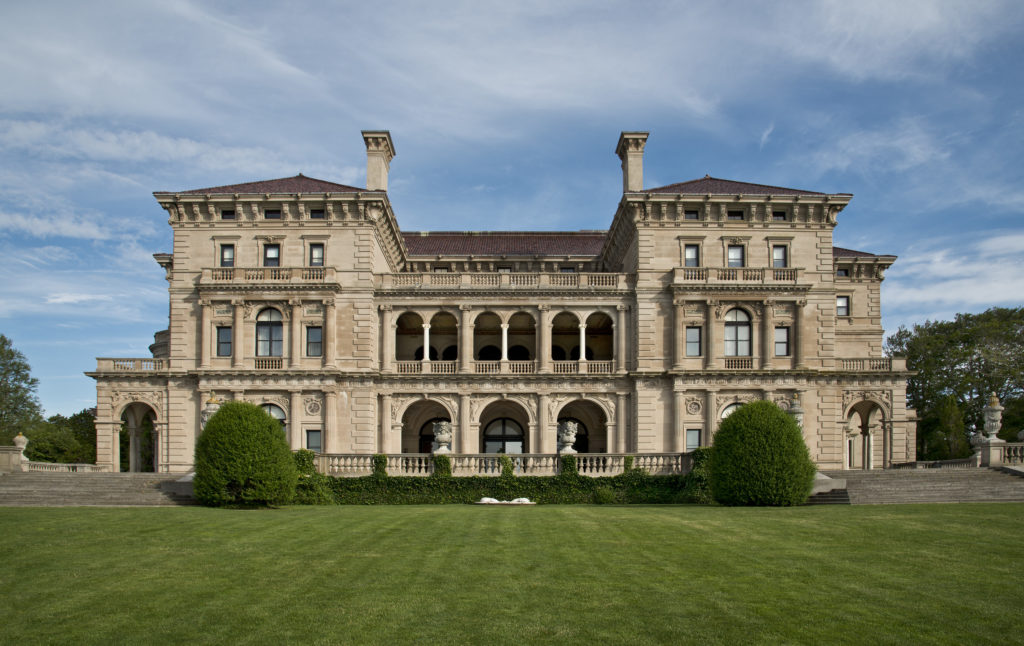 The Pierre Cardin fashion show will take place at the Breakers on Saturday. 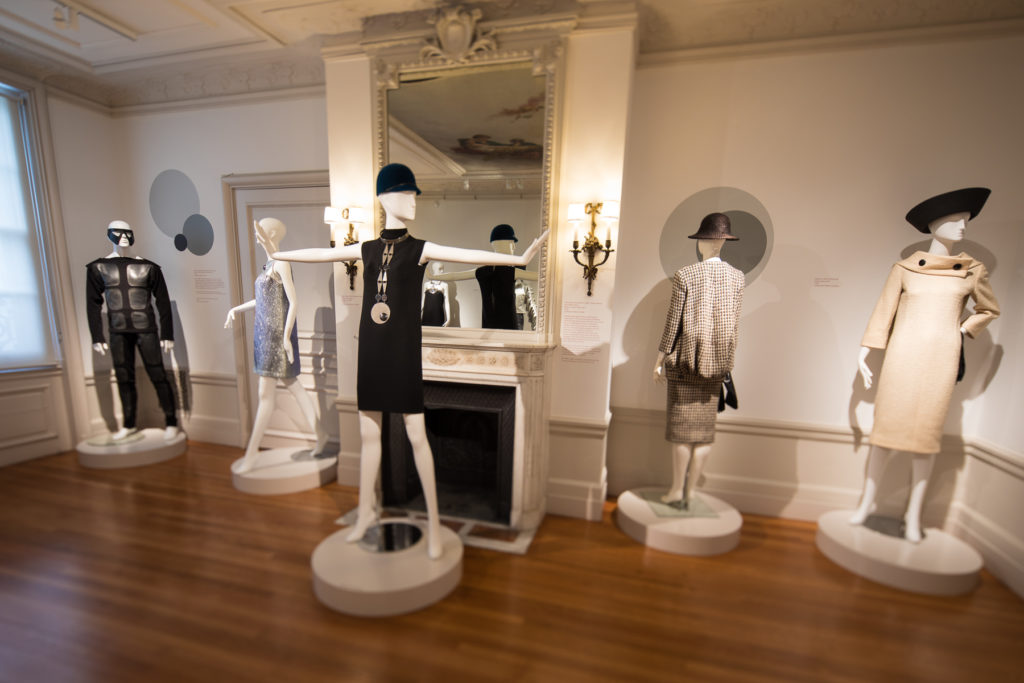 The Pierre Cardin exhibition at Rosecliff.

Cardin is also sharing some works from his extensive art collection for the exhibit, including pieces by French Belle Époque caricaturist Georges Goursat, also known as SEM, and a vignette from Maxim’s, the Parisian restaurant that Mr. Cardin has owned since 1981. All proceeds from the fashion show and the exhibition will benefit the Preservation Society of Newport County.

The exhibition is included in regular Rosecliff tour admission. For more information about the exhibition, visit newportmansions.org/events/pierre-cardin.