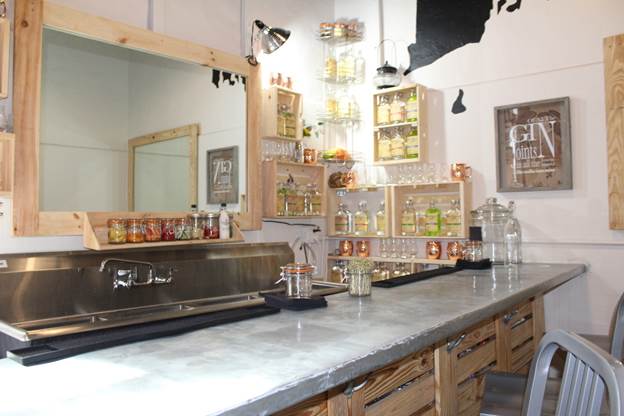 Not only is Pawtucket arguably the craft beer capital of Rhode Island, but now it has its own distillery. White Dog Distilling opened its tasting room to the public on Saturday, April 28. Located in the mill complex at 560 Mineral Spring Avenue, the operation is creating various spirits, including rum, corn whiskey, moonshine, gin and bourbon, and it’s serving both craft cocktails and tastings on site.

Co-owner Carlo Catucci is a full-time teacher with a degree in physics. He began crafting spirits at home as a hobby and has worked toward opening his own distillery over the last two years with help from the Rhode Island Small Business Development Center, the Northern Rhode Island Chamber of Commerce and the city of Pawtucket to launch his operation. The distillery is also owned by Alecia Catucci, Eric Sylvestre and Vincent Greene, who are proud to bring the first modern day micro distillery to Pawtucket, making small batch craft spirits. 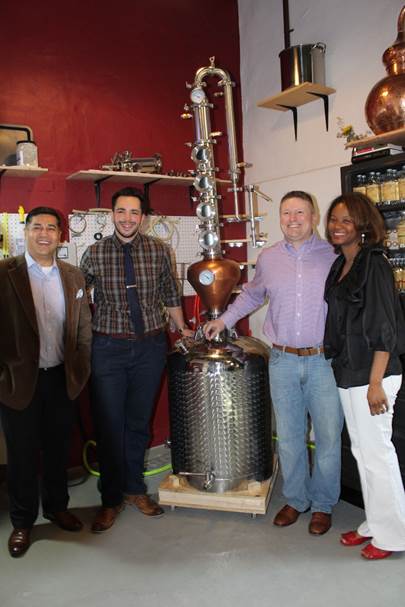 Pawtucket Mayor Donald R. Grebien and Northern Rhode Island Chamber President John Gregory were present for White Dog Distillery’s ribbon cutting last Tuesday night. “The city welcomes White Dog Distilling to the craft brew capital of Rhode Island, where creativity and passion are not limited to just the arts,” say Mayor Grebien in a recent press release. “They are joining a bustling area at 560 Mineral Spring with a theater company, comedy and improv theater, a brewery and more.”