The event, on April 7 at the WaterFire Arts Center in Providence, is Bauhaus-themed.

A costume party thrown by designers? One thing’s for sure: The dress-up game will be strong.

On April 7, DESIGNxRI hosts the first-ever Designer’s Ball, an event that celebrates the local design community. The event is open to all — especially those with style.

The theme, Bauhaus, guarantees a spectacle. The German art school, Staatliches Bauhaus, opened in 1919 and operated until 1933, when it closed under pressure from the Nazis. Its practitioners relocated to other European countries and the United States, thus spreading the Modernist Bauhaus aesthetic far and wide. Bauhaus founder Walter Gropius, for example, resettled in Lincoln, Massachusetts. The home he built there is now a museum operated by Historic New England. 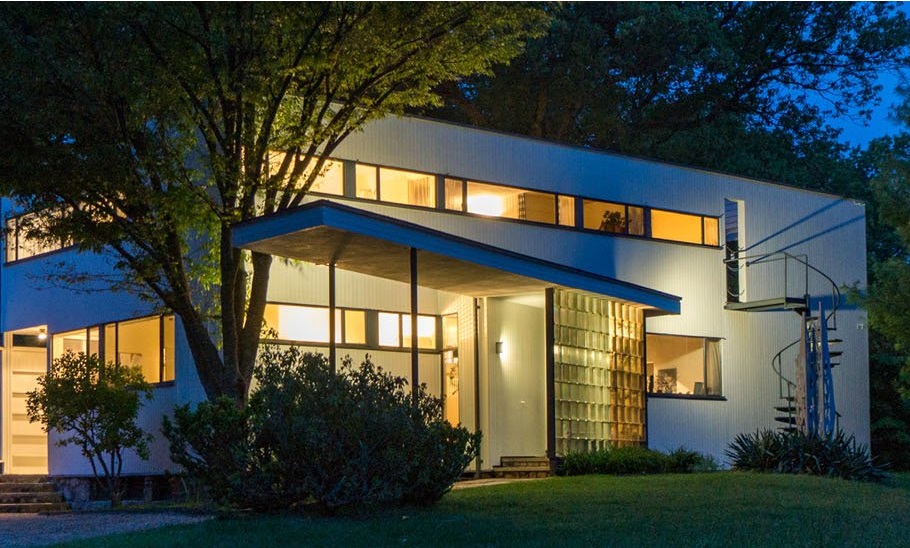 The Bauhaus “paved the way for modern design as we know it,” says DESIGNxRI Executive Director, Lisa Carnevale, adding: “During the years when the Bauhaus was in operation, they had these crazy costume parties.”

In an essay written in 1925 by Bauhaus alum and Hungarian architect Farkas Molnár, which was republished on the blog the Charnel-House, Molnár describes the essence of the Bauhaus parties:

The essential difference between the fancy-dress balls organized by the artists of Paris, Berlin, Moscow and the ones here at the Bauhaus is that our costumes are truly original. Everyone prepares his or her own. Never a one that has been seen before. Inhuman, or humanoid, but always new. You may see monstrously tall shapes stumbling about, colorful mechanical figures that yield not the slightest clue as to where the head is. Sweet girls inside a red cube. Here comes a winch and they are hoisted high up into the air; lights flash and scents are sprayed.

This year’s Designer’s Ball aims to replicate the look and feel of early-twentieth-century Bauhaus parties. Attendees are encouraged to wear fantastical, sculptural, Bauhaus-inspired costumes. Carnevale says DESIGNxRI is hosting workshops to help with the process.

“People might think, ‘Oh no, I have to do a costume,’ and that fear like, ‘Ugh, what am I going to do?’ ” she says. “These will help people think of costumes, play around with it and get inspired by people who are comfortable with this sort of thing.”

Interested parties can sign up for workshops on March 10 and March 31, led by Keen Shoes’ Martin Keen; RISD apparel design professor Meg DeCubellis; and prop and greeting card designer Abby Jenkins Boal. The workshops are free, but a $10 materials donation is suggested.

The ball itself is from 7 p.m. to midnight on April 7 at the WaterFire Arts Center in Providence. All tickets come with a complimentary cocktail. A VIP reception, from 7 to 8:30 p.m., features hors d’oeuvres, an open bar and curated performances by Festival Ballet dancers.

After 8:30, the event transforms into a big dance party with Bauhausian music, cocktails, props, performances and a shadow screen to amplify the costumes, which will be judged by a panel of jurors.

Before March 31, Designer’s Ball tickets are $30 for students, $50 general admission and $100 VIP. Prices rise to $60 GA and $115 VIP the week of the event. Proceeds benefit DESIGNxRI, a networking and educational organization that supports Rhode Island’s design sector.