Join the TV conversation “Is Narragansett Bay Too Clean?” on June 20. 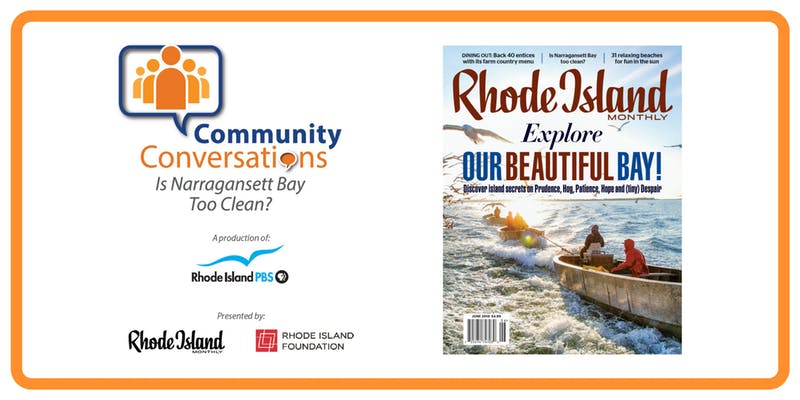 In our June issue, freelance writer Todd McLeish explores the controversial idea that after years of pollution, fussy bureaucrats have gone too far in the other direction, and now our bay is too clean. Lobstermen Al Eagles and Lanny Dellinger have shellfished in Narragansett Bay for decades and say the water is clear but it’s become a dead environment because the state is overtreating wastewater before it goes into the bay. They say this has drastically reduced the bay’s population of lobsters and crabs and severely affected their livelihood as a result.

Scientists and others who study the bay and its marine life disagree with many of the fishermen’s conclusions but admit they don’t have all the answers to explain what Eagles, Dellinger and their colleagues have observed.

Ultimately, as Todd points out, it’s up to us, as Rhode Islanders who live here and love the bay, to decide its future.

We’re going to delve into these different points of view and we’d like you to join us as part of the TV studio audience at an exclusive, hour-long panel event.

Host Mario Hilario, from NBC 10, will guide the conversation with guests that include writer Todd McLeish; longtime lobstermen Lanny Dellinger and Al Eagles; Candace Oviatt, a URI oceanography professor who’s studied the bay for more than fifty years; and Jonathan Stone, executive director of Save the Bay.

The event will be taped on Wednesday, June 20. Please plan to arrive between 4:15 and 4:45 pm, at Rhode Island PBS, 50 Park Lane, Providence. Taping begins promptly at 5 pm and there’ll be a reception after the taping where you can follow up with panelists directly. The program will air on Friday, July 13, at 8 pm on Rhode Island PBS. If you can’t attend, you can still email questions about the story beforehand to marketing@rimonthly.com.

Please RSVP by June 18 to reserve your seat. Space is limited. RSVP here.

The production is the latest in the RIPBS Community Conversations series and is done in a partnership between Rhode Island Monthly and Rhode Island PBS, with support from the Rhode Island Foundation.